Kathy Gyngell: Business at risk from the social mobility myth 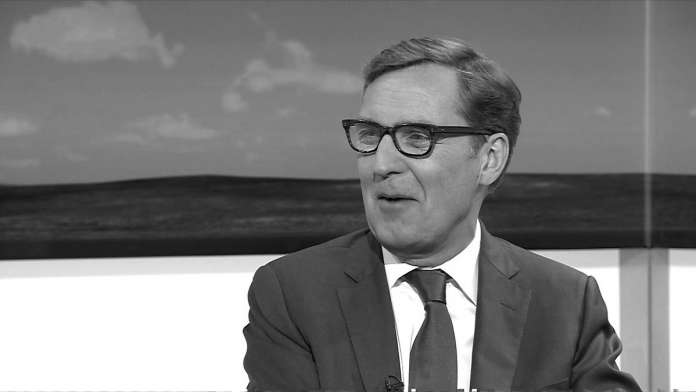 There is one way to shatter the jobs ‘class’ divide. It is to teach all children how to annunciate and how to speak properly.

It is not to force firms to employ kids who don’t or can’t, who speak estuary English or worse, or who are otherwise incomprehensible and inarticulate. It is not to engage businesses in social engineering or remedial education.

It’s bad enough that the education system has been enlisted to this end (all must have prizes) without the state’s dead hand of enforced equality falling on the shoulder of business too.

That’s my message to the worryingly chip on the shoulder Alan Milburn, who earlier this week added this to his shopping list of positive discrimination demands for Mr Cameron.

His latest wheeze is to force, by shaming, our most successful firms into dropping what Mr Chippy Milburn chooses to characterize as their ‘posh tests’ – to stop recruiting well-spoken candidates from our top universities and instead discriminate in favour of the less polished from low grade universities.

I am not making this up.  It was only a matter of time before a ‘bad’ English or ‘non-posh’ quota would be added to companies existing (legally binding) diversity and equality targets.

It will have left middle class parents scratching their heads again. Why send their offspring to university at all?  No doubt some bright spark Oxbridge graduate will soon set up an estuary English tuition school – a crammer in how to pass the new ‘non-posh’ test.

Typically Mr Milburn has no evidence for his allegations other than a specious piece of ‘qualitative’ research drummed up by his own Commission – the one that Mr Cameron foolishly decided to set up for him.

Thirteen elite law, accountancy and financial services firms are, this report claims, systematically excluding bright working class applicants from their workforce. This is the conclusion of the spurious correlation that “as much as 70% of job offers in 2014 were to graduates who had been educated at a selective state or fee-paying school, compared to 4% and 7% of the population as a whole.”

Needless to say the political and media establishment are so in hock to the social mobility myth that no one dares question Mr Milburn’s deductions and dictats.

Yet what possible sense does it make to have our top firms run by people who have badly spoken English?

And why has a former rags to riches Labour cabinet minister now working for PricewaterhouseCoopers in the healthcare sector, who is Chancellor of Lancaster University and Chair of the Social Mobility and Child Poverty Commission, got no genuinely constructive suggestions to help children from disadvantaged families?

How about teaching children to speak better English during their long school hours? What about setting higher standards for teachers’ diction and grammar as a matter of course in teacher training colleges and programmes? Why not recruit some of our best spoken actors, including the Eton/Cambridge Eddie Redmayne to this end? What about a review into declining standards of presentation and speech at the BBC?

Finally how about some honesty about the social mobility data all his social engineering ideas are based on?

I am not just blaming Mr Milburn. His former boss, Tony Blair, must take his share of the blame.

His myth of declining mobility was successfully fed to the socio-political commentariat. This, as Oxford’s highly respected sociologist John Goldthorpe has argued, was not least thanks to the Sutton Trust’s research financing and agenda. It meant that any different view had little chance of serious consideration once the ‘spiral of hyperbole’ set in.

As he recounts, concern expressed about declining mobility progressed to claims that mobility had “fallen to its lowest recorded level” and even had “ground to a halt”.

The facts of the matter were otherwise as Goldthorpe painstakingly reveals in his 2012 paper. His analysis based on fuller and more robust data produces a different picture.  This is one of a levelling out of rates of upward (structural) mobility for men, though not for women, and no clear directional change in relative rates of mobility for either men or women.

So there you have it. Our politicians would do better to direct their concern towards men. But don’t expect change anytime soon.  Social mobility inequity is far too popular a ‘victim’ political cause.

“Action is required at every level” Mr Milburn told the Daily Telegraph, meaning not mirroring the standards set by top companies, but forcing them down to the levels of the least successful.

Let’s hope without Nick Clegg on his back Mr Cameron will have the sense to remain inactive on this one.