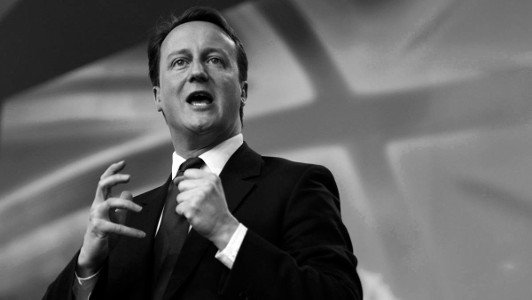 Cameron has opened the floodgates, not just on himself – but everybody.

Where will it end? Boris, George, the rest of the Cabinet…the Shadow Cabinet?

I imagine the bloated public sector bosses, the BBC fat cats and university vice chancellors will be quite a way down the list.

And where else will the politics of discontent lead, visible for all its worth in the twisted faces of the mob besieging Downing Street yesterday. Everyone with assets and money in the bank – or elsewhere – and a property to their name should start shaking in their shoes.

This is how Fraser Nelson, editor of The Spectator, put it on BBC Radio 4’s Broadcasting House, this morning. He warned that by publishing a summary of his tax returns Cameron has opened a Pandora’s Box, one that could ultimately force other leading politicians to follow suit but one that cannot and will not work. The press, scenting blood, will demand ever more detailed and personal disclosures, egged on by an envious, vengeful element of public opinion who believe that by cutting down the tall poppies they can salve their own disappointments in life.

“Cameron has put the press on a late great Easter egg hunt and they’ve found the chocolate in the (?)  of the Panama trusts. Now he’s sending them on another hunt for everyone else’s financial statements – so I think this is the worst possible way to close it down ….. the man who has done nothing wrong is behaving like Al Capone …”

How has the once British democratic spirit transmogrified into French revolutionary fervour that even Telegraph writers such as Mary (there are more questions to be answered) Riddell, are stoking.

It is not just that no wealthy person would ever want to touch politics again with a barge pole but that wealth will disbar involvement – as race once did in South Africa. The only question for debate left will be at what level will it disbar you?

Did Dave  – given the hole he’s dug and keeps digging for himself – have another public relations option than mea culpa and his schoolboy Teacher’s pet response: ‘I have learnt my lessons’?

That it is his style of modern government and politics – we are all virtue signallers now – that have led the country down this negative navel gazing and unhealthy path? Unfortunately, this is unlikely to be Cameron’s verdict.

No, we will just see more of self-flagellating Dave and no doubt of that other hero of modernity – the great ‘survivor’ of addictive parents, Justin Welby –  selfie-wielding progeny of the me culture. (BTW, we await the next instalment of your abuse or inner child revelations with bated breath Archbishop).

You wouldn’t think the economy is still teetering on the brink of another crisis, that we are facing a day of reckoning over the EU or living through an uncontrollable migrant crisis – to name but three real problems.

Share
Facebook
Twitter
WhatsApp
Email
Previous articleReader’s Comment of the Day: Leave the EU to escape corruption in public life
Next articlePaul T Horgan: Lefty Channel 4 pumps out propaganda in a bid to save its skin