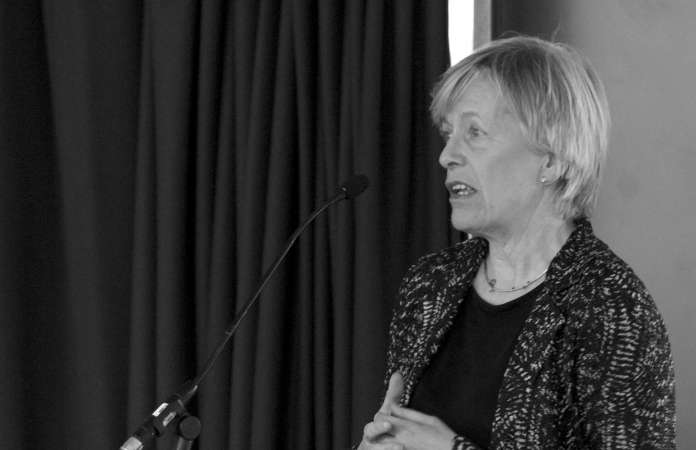 Among the perils of a spring clean is discovering filing boxes of  press cuttings and articles you do not even remember saving in the first place. Some you wish you’d junked at the time.  Others provide pause for thought.

So it was with an article by Brian Appleyard (always one of my favourite writers) published by The Sunday Times on 22nd September 1991 that came unexpectedly to light. Only nuclear families can defuse the social A-bomb, Appleyard wrote.  When the conventional two-parent family is threatened, our whole society is put at risk.

Anna Coote, a feminist leftie of the time, had irked him. No wonder. She’d written in The Guardian that: “ The father is no longer essential to the economic survival of the (family) unit. Men haven’t kept up with changes in society, they don’t know how to be parents. Nobody has taught them …. At the same time women don’t have many expectations of what men might provide.”

Anna Coote must be a fulfilled woman today to see men corralled into shared uni-sex parenting, a la Nick Clegg, whether they (mum or dad ) want this or not; to see that the traditional and responsible fatherhood she so abhorred – denied in fact – is now history for the average working man and that the non-conformers have been nearly  written out of the family script altogether.

If Bryan Appleyard was shocked by her and by the illegitimate birth rate that she was so sanguine about  – 28 per cent of all births back then – God knows what he must be thinking now. Compared to today’s figures the numbers seem positively conservative.  On current trends nearly twice as many babies will be born out of wedlock by 2016 .

The social time bomb has gone off.  Government is struggling, and failing, to deal with it.

As the American sociologist Charles Murray then warned, the growth of illegitimacy has been a key determinant of the growth of the underclass. The other key factor he did not dwell on was the feminist ambition to make single parenthood a viable economic option.  With the development of the welfare system of housing and lone parent benefits they achieved it.  At great economic and social expense .

This deceit continues.  No politician, whatever his persuasion, dare defy the feminist tyranny that dictates social policy.

Newthink decrees that work (however subsidised) must take precedence over motherhood – married motherhood too. There is no escape. The State will take care of the children – or not as the case may be – to free women from men.

In his article back in 1991, Appleyard reported Charles Murray’s prediction that children who grow up without fathers are more prone to violent and anti social behaviour.  It would seem he has been vindicated. The rising child and teen mental health problems that Nick Clegg is so keen to get the State to take responsibility for, just dot the ‘i’s and cross the ‘t’s of his theory.

Feminist and pseudo liberal raving apart,  there no longer is any real disagreement  about the legitimacy of and need for  the nuclear family (whatever brilliant job single mums are said to do).   Yet there is no political will to follow through.  Though the virtues of the conventional family are widely acknowledged, the knowledge remains boxed away – like my files in the loft – forgotten.

It is over 20 years since the last attempt – John Major’s sadly much derided ‘back to basics – was made to confront this issue honestly. How I wish he had faced down his disparagers.

Since then, despite and because of evermore State intervention in family life , the problem has just got worse.  The divide over what should be done is now too profound as to be described as merely political.

Although Welfare Secretary Iain Duncan Smith has gained wide acceptance for his  view that benefit dependency corrodes the moral economics of family life and destroys the essential divide between the deserving (working) and the undeserving poor, his reforms have sidestepped the more fundamental issue of the family.  Worse the  view that the married family should be supported through the tax system is today treated as socially questionable if not extreme  – not just by the liberal left but by mainstream Conservative cultural appeasers like David Cameron and George Osborne, for whom the transferable tax allowance has all the attractions  of a dose of nasty cough medicine.

Yet once even the Labour Party was peopled by Christian socialists, like my old Oxford Professor, A H Halsey,  who argued (correctly)  that our tax system has acted progressively against the interests of families and children. It still does – even more so.  Yet when I pointed this out to junior Treasury Minister Andrea Leadsom at a recent Conservative Philosophy Group seminar, my suggestion that tax reform was vital for family support appeared to outrage her.

I doubt we will see the defence of the  family – the one clear thing in our culture that desperately needs defending – debated in this Election run up.