Kathy Gyngell: Only emote. The establishment’s post-Diana orthodoxy on parade in Paris 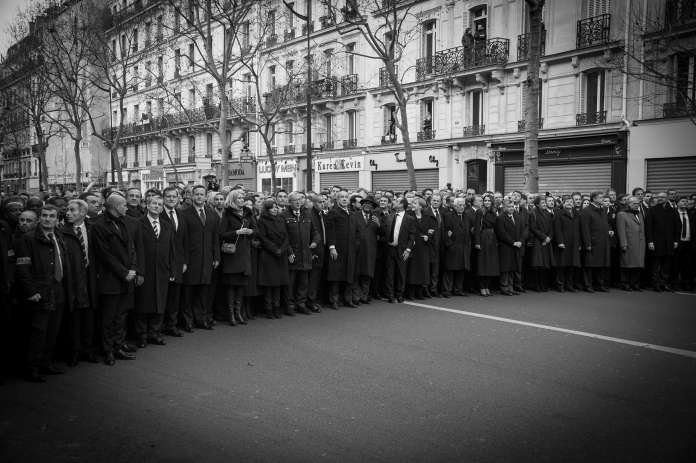 I had mixed feelings last night after 24 hours of non-stop news reporting of the ‘unprecedented’ Unity Rally held in Paris.

Nearly two million people had marched ‘in solidarity’ with the French President – in sympathy with the families of the victims of the Islamist terrorists, against terrorism and in defence of liberty and free speech.

What on earth could there be to deplore about this act of unity?  Who could argue with the sentiment that “the pen is mightier than the sword?”  Any naysayers must be curmudgeonly indeed, and, oh dear, that must be me.

Yes there I was, as I went to sleep, with a feeling of unease at this mass outburst.  The idea of standing side by side with Mr Cameron, wearing his most serious and earnest face, with platitudes about freedom, democracy and tolerance emanating from his mouth, made me feel queasy.

And then it came to me. The BBC’s interminable emoting – from presenter to reporter, from reporter to interviewer and back to presenter again, was a re-run of Princess Diana’s death – on an international scale – all over again.

Yesterday, was the biggest communal emote since Diana was killed in a car crash in Paris – when yes, another Prime Minister, Tony Blair, so effectively  geed up the masses into a state of near hysteria in one of the greatest acts of political posturing of all time.

It was a turning point for British society, but not for the better.  From then on it would all be about us – about how we felt – not what we did. I do not feel, I think, Mrs Thatcher was said to have told a psychologist in her retirement.

Not so for David Cameron.

His feel-good tweet: “I’ve accepted President Hollande’s invitation to join the Unity Rally in Paris this Sunday – celebrating the values behind #CharlieHebdo”,  (an invitation so inclusive that it was not to be extended to Marine le Pen, the leading French critic of unfettered immigration)  had already given the game away.

As Andrew Cadman perceptively wrote on this site yesterday, a new form of drug addiction afflicts modern society – certainly since ‘The People’s Princess”.  The need is ever present, for politicians, reporters and the public alike, for dopamine, otherwise known as a ‘feel-good’ fix.

Yes with all the woes of the NHS and accident and emergency services engulfing him – things to be sure he cannot fix – this, for our Prime Minister, made for a prime time feel-good moment.

The people too, as Lyse Doucet, the BBC’s Chief International Correspondent, unwittingly remarked, came to the march “to feel better about themselves”. Or, as another grinning BBC reporter put it: “They came to flaunt their freedom.”

This I suspect is what the rally really represented –  an identity crisis of the atomised  citizens of France and much of the rest of the EU, their need to feel good about themselves and an easy way to get the high.