NewsPaperthe art of publishing
HomeNewsKathy Gyngell: Employers should not be bullied by sex discrimination laws into hiring...
122

Kathy Gyngell: Employers should not be bullied by sex discrimination laws into hiring women 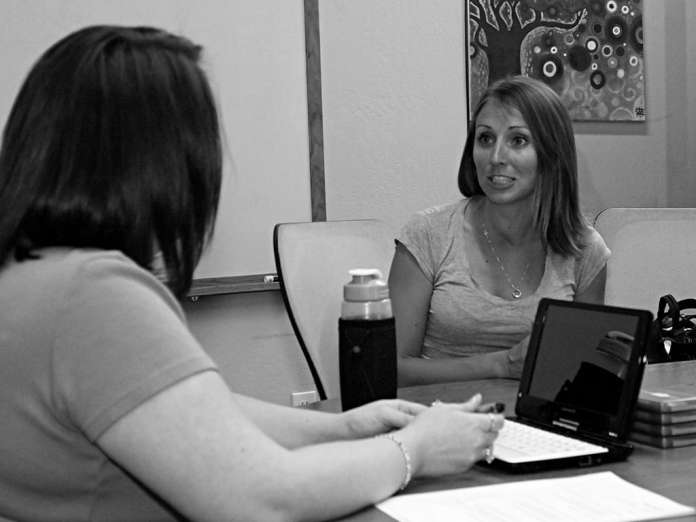 The question he’d been asked to advise on was what to do when a job candidate reveals she is pregnant half way through the interview.  You find yourself sitting on the horns of a dilemma.

Employ her and six months later she is off work for up to a year with all that means –  the cost implications of maternity leave, disruption, replacement, lack of continuity, the commitment of your team and potential problems with clients.

Reject her in place of a less qualified candidate (or worse, a man) and face being taken to an employment tribunal.

So what advice did the chairman of the high street cobbler Timpson (and prison business innovator) deliver? Did he break the PC silence to say how outrageous this is and call time on this aspect of employment law?

Did he argue that no boss should be forced into employing a pregnant woman if he or she didn’t want to or couldn’t afford to?

Did he unleash a host of statistics computing each and every aspect of the cost to business generally of (subsidising) the employment of mothers and mothers to be?

Did he query the wider negative social repercussions on families, on husband and wife relationships and on babies and children, of pressing mothers back to work ever earlier?

Sadly none of this even surfaced in his column.  Instead the cautious Mr Timpson tiptoed round this employers’ nightmare by offering a couple of semantic ‘get outs’.

The candidate, he asserted, might be the best qualified but that does not mean she also the best person for the job. Ha! – that’s a good one.  And how about the ‘fact’ that the job vitally has to be done in the next twelve months – in fact in the second 6 months of this period. Clever.

I don’t think so.  Change the terms of reference half way through or after the interview and I’d predict an employment tribunal looming, knowing how clued up  modern young women are about their rights.

To be fair Mr Timpson did concede the employer might not be  ‘up for running the small risk of being taken to the employment tribunal’. So better to make the best of it, he concluded. After all if this woman really is so well qualified , then you can comfort yourself that her appointment will be in your and your company’s long-term interests. (If she comes back,  that is, after the second child and you’re prepared to dib in for her childcare costs).

I am sure he’d like to believe that this is the case.

Anything, in fact, rather than face up to how much good money follows bad in this joy ride: the effect on the company’s productivity of this investment in inefficiency; the impact on company  morale. I am not just talking about male morale.  I’ve certainly come across more than one (childless) female boss who privately fumes (having sacrificed her family life for her career)  at the extra work she is put to as a consequence of having to accommodate her reproducing sisters as the law demands she must, however many babes follow.

The fact is that prevailing feminist orthodoxies regarding female parity are so powerful that a whole business class has been brow-beaten into accepting an ever more warped system of employment selection – a system in which the inappropriate candidate is selected ahead of the appropriate and in which discussion of the real cost of pregnancy and the reality of maternal responsibility have become taboo.

At his or her peril will the employer venture the truth – that women with children, even the better qualified ones, tend to work less overtime, are less likely to work full-time hours, take more ‘compassionate’ leave and are less likely than men to have a single-minded commitment to their work.

Nowhere is this more the case than in the medical profession where women win the bulk of the places in medical school only to work fewer hours and drop out sooner – who work to make work family-friendly rather than themselves ‘work-friendly’.

Similarly, women have long been less inclined than men to study STEM subjects – Science, Technology, Engineering, and Mathematics – and in turn to pursue STEM careers –than men – yet here too their candidature is now being selectively preferred.

Female engineering students at Brunel University, for example, are entitled to a sponsorship of £22,750 solely on account of their gender – to encourage them to follow a career they are less interested in and no doubt will take a break from to have babies – while male engineering postgrads would need nothing less than gender reassignment surgery to be eligible for such an advantageous opening.

These are just some examples of the already warped playing field of candidates from which employers find themselves having to select. No wonder the girl often (given our education bias towards girls generally) appears the better candidate.

But once lumbered with her – and her future pregnancies –  the employer has a further hurdle to surmount – which will engage him in another bout of selective preference.  He/she has to find enough women to put on the company board to work towards the government’s preferred quota. And what does that mean but having to promote a woman beyond her ability or experience  as a result of working fewer hours (time off for having babies and demands for family-friendly arrangements) over the years of her employment?

These are the big questions behind the seemingly little question that Timpson shied away from. I suspect neither he nor the Telegraph dared commit the heresy of posing them.

Share
Facebook
Twitter
WhatsApp
Email
Previous articleAndrew Cadman: Let’s quit the EU and join a new club based on the Anglosphere
Next articleReader’s Comment of the Day: EU political class have disdain for common man