NewsPaperthe art of publishing
HomeKathy GyngellKathy Gyngell: Ever wondered about a world without America? This mayhem is...
6

Kathy Gyngell: Ever wondered about a world without America? This mayhem is what it is like 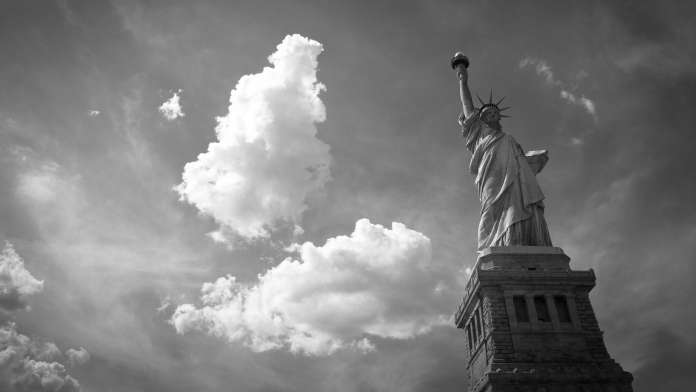 America will stand by Britain, President Obama promised Prime Minister David Cameron in the aftermath of the Tunisian atrocity.  His words were hardly reassuring. He vowed to stand by his Gulf allies such as Qatar and Saudi Arabia at a Camp David summit six weeks ago and we still await a U-turn on America’s policy of global retreat.

The West is in deep crisis and all Obama offers is platitudes – not leadership –  before he returns to ‘reflecting on grace’ or some such other navel gazing and political posturing.

But we shouldn’t turn ‘all Oswald Spengler’ about the signs of collapse in Europe, ConservativeHome editor Paul Goodman wrote at the weekend in his essay Decline and Terror, Europe is failing.

I am not so sure.  Maybe, it is exactly what we need to do.

For if anything was symptomatic of the ‘Decline and Fall’ of the West, it was the sight of the leader of the Free World playing to the camera last Friday the day, by chance, of three simultaneous Islamist terror attacks, including the appalling massacre of 30 innocent British tourists on a Tunisian beach.

Nothing more could have illustrated America’s retreat from the wider world into its poisonous (as my colleague Kimberly Ross described it) and culturally correct narcissism than this juxtaposition.

Our news channels have been crammed with scenes of the Middle East falling  to the cruel and preposterous ISIS – and of rising numbers of displaced people understandably hammering on the doors of the Western democracies (known, unlike their countries, for the rule of law).

Yet what we also saw last Friday was an American President more concerned about gay marriage than global mayhem, hailing the Supreme Court’s vote for gay marriage as a ‘victory for America’ – and choosing the same day to eulogise the victims of the wicked and racist Church murder in Charleston.

Whether Mr Obama did quite cynically decide to link the gay marriage ruling to the black civil rights movement as though they were one and the same thing, I don’t know.

It is certainly how at least one PC US media commentator, one Alvin Hall, rapturously interpreted it on the BBC’s Broadcasting House programme on Sunday.

The progressive CNN news channel told us that ‘America’ too sang with Mr Obama as he launched into his rendition of Amazing Grace at the funeral of Reverend Clementa Pinckney. Maybe.

Listening I, for one, was not so sure about the enthusiasm of the congregation’s response.  I imagine they were having to draw on their reserves of Christian forgiveness.

That day’s gay marriage announcement with the  President’s endorsement must have seemed a slap in the face for the  2.5 million-member Emmanuel African Methodist Episcopal Church for whom the Rev Pinckney preached – a church which has clearly and consistently declared its opposition to marriage rights for same-sex couples – and also to the ordination of openly gay clergy.

The President had not just threatened their freedom of belief in what used to be the Land of the Free, he’d also undermined the very foundations of American civilisation – rooted in marriage, the family and respect for the natural order of relationships that this Church and many others – even non-believers – hold dear.

Last Friday what was on display was an American President reneging on his worldwide responsibility as leader of the free world and playing cultural commissar instead.

The never-ending culture war will no doubt keep him busy. Legalised gay marriage doesn’t mean an end to negative attitudes, Alvin Hall assures us. He for one is already vilifying Americans who, with their  ‘entitled and virulent’ beliefs, are unwilling to assent to the new orthodoxy. He is already calling for us to recommit  to ‘calling out and wiping out discrimination (against gays) from embedded institutional practices to hurtful micro-aggression’.

With the President thus occupied who can we rely on to lead and defend the Free World if not America?  China? India? I don’t think so. And with American freedom compromised by the me-culture dogmas imposed by their narcissistic President, is America fit for the role anyway?

Yet Islamism poses the most mortal threat to the West in years.  It cannot be appeased and must be defeated. To do this means, as Mr Cameron has said, striving for hearts and minds, as well as taking the battle into the field.

Britain can’t do this on its own – it does not have the resources – and cultural orthodoxies put us, like America, in an ever weaker position. How can the hearts and minds of millions of Muslims be won when the intellectual and political elites  of the West preoccupy themselves with relative trivia? Our ‘progressive liberal’ priorities (and behaviour) put us in no position to do this.

The disintegration of European and American civilisation was predicted nearly a hundred years ago but did not happen.   But the West has reached a new nadir.  The violent “age of Caesarism” that Oswald Spengler said would precede its collapse has found its modern face in cultural dictatorship.

That is why Spengler should not be lightly dismissed as misguided, an out of date doom and gloom merchant.

Translated into modern times, the West’s trio of evils of self indulgence, moral relativism and legally enshrined  destructive new culture orthodoxies make for a weak base to fight our corner from, let alone to lead from.

We suffer from a  failure of self reflection that traces back to Francis Fukuyama’s spectactularly shortsighted and hubristic ‘end of history’ prediction after the fall of the Berlin Wall. Liberal democracy was already sowing the seeds of its own destruction.

And just like decadent Rome we are collapsing from within at the very time we are threatened from without.

It is into this moral vacuum as much as into the territorial vacuum in the Middle East that ISIS has stepped – ruthlessly and cynically  exploiting both.

So the sooner an American president stops flying irrelevant rainbow flags and starts proclaiming the stars and stripes again the better and safer it will be for all of us. Otherwise, it will be China we have to turn to – not a prospect I imagine that progressive liberals anymore than social conservatives would welcome.