NewsPaperthe art of publishing
HomeKathy GyngellKathy Gyngell: Feminism robs men of their dignity. They rob themselves of...
29

Kathy Gyngell: Feminism robs men of their dignity. They rob themselves of their lives 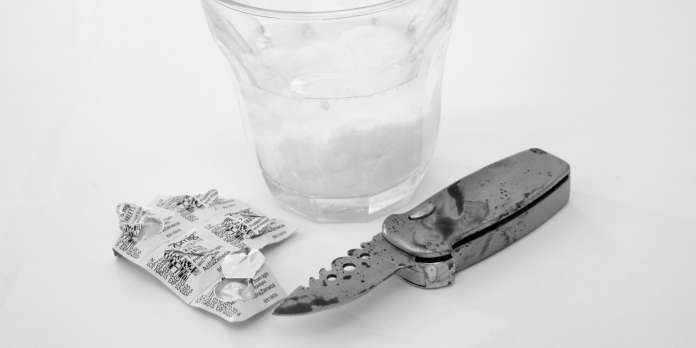 A few years back, David Cameron decided that he wanted to measure happiness in society. He asked the ONS to do this as part of a £2 million-a-year wellbeing project. It was a perfect example of what Charles Moore described this weekend as Mr Cameron’s lazy thinking.

There was no need for this exercise as any half decent sociologist could have told him. We already have an accurate index of societal well-being.  It is called the suicide rate.

The social meaning of suicide should be self-evident. The higher it is, the less happy and functional is society.  This insight is attributable to the great 19th century social thinker Emile Durkheim and his groundbreaking monograph on suicide.

It inspired my lifetime interest in social anthropology and sociology – notwithstanding the subsequent miles of drivel written in the name of these social sciences.

Sounds familiar? It made sense then and it still does today.

So last week’s news – that the rate of suicides in the UK is increasing and that male suicide is at its highest since 2001 should have alarmed Mr Cameron – assuming his concern for national happiness was not just a gimmick.

Last year saw an overall 4 per cent increase.  But far more disturbing was the rise and rise of the male suicide rate.The proportion of male to female deaths by suicide has increased steadily since 1981.  In 1981, just 63 per cent of UK suicides were male; by 2013 the figure was 78 per cent.

The overall death toll of more than 6,000 people was appalling. So was the fact that more men in the UK died by suicide in the past year than all British soldiers fighting in all wars since 1945.  Suicide accounted for over one per cent of all deaths, killing three times more people than road accidents, more than leukaemia, and more than all infectious and parasitic diseases combined.

So trying to explain this away by citing the economic crash is futile.

Yet ‘cost of living’ dominated the responses to this news that I read. None considered the cultural factor.  Nowhere did I see, for example, mention of the impact of the feminist revolution, that men have been on the receiving end of, that curiously has taken place over the very same period  – the last 30 to 40 years.

Nor did I see  any comment about the social fragmentation that has accompanied the dramatically declining male workforce rates over this period; the economic and social marginalisation (and emasculation) of men as a result of a feminised work force and the rise of fatherless families.

No commentator asked either what responsibility State intervention bears for the changing and reduced role of men, which may have impacted on their suicide rates?

It seems our cultural preoccupation with women’s rights has made everyone forget men’s needs.  In fact the male of the species today is remembered only to castigate him.

No wonder more are committing suicide.

Durkheim’s point was that suicide’s causes are more to be found in social factors and pressures  than in individual personalities;  the simple reason being that the rate of suicide varies with time and place –  with the level of social integration therein.

The degree to which people feel integrated into the structure of society and their social surroundings is critical. Durkheim demonstrated, totally convincingly as far as I was concerned, that social factors determine suicide rates.

He identified three types of suicide relating to different social forces – anomic, altruistic and egoistic. They were all alarmingly prescient of modern 21st century society. The modern social contexts are, I believe , atomisation and disintegration, the decline of Christian values, and  the rise of the contradictory forces of individualism, feminism, (aggressive) secularism and multiculturalism.

Anomic suicide is where disintegration results in individuals feeling lost or alone. Teenage suicide is typical – committed by those who have been in care, sexually abused, who have addict parents or become addicts themselves. Much male suicide today is also ‘anomic’.

The more society and families fragment the greater the risk of anomic suicides. The more men are replaced by women in the work force and lose their traditional roles the greater the risk is.  The failure to recognize the differential impact of ‘anomie’ on boys and men is catastrophic.

That isolated (unmarried) men are less healthy, less happy, more likely to be drink or drug addicts and more likely to die younger is well known. They are, in this context, the frailer sex – and certainly the second one.

A few years ago we could not have recognised the notion of altruistic suicide in our very free society. Not so today. This form of suicide has accompanied emergence of Islamism in the West – the result of excessive regulation of individuals by repressive Islamic social forces and jihadism. Suicide bombers are the classic example –  they subordinate themselves to collective jihadist expectations, even when death is the result.

Finally we come to egoistic suicide, also pertinent today. It happens where people feel totally detached from society. Ordinarily, people are integrated into society by work roles, ties to family and community, and other social bonds. When these bonds are weakened – through retirement or through social and geographic mobility – the likelihood of egoistic suicide increases. Age, the breakdown of intergenerational links, and the rise of divorce increase susceptibility to such forces.

All of Durkheim’s categories of nearly hundred years ago apply with equal force to modern British Society.