Kathy Gyngell: Feminists will find no solace in playing at cake baking 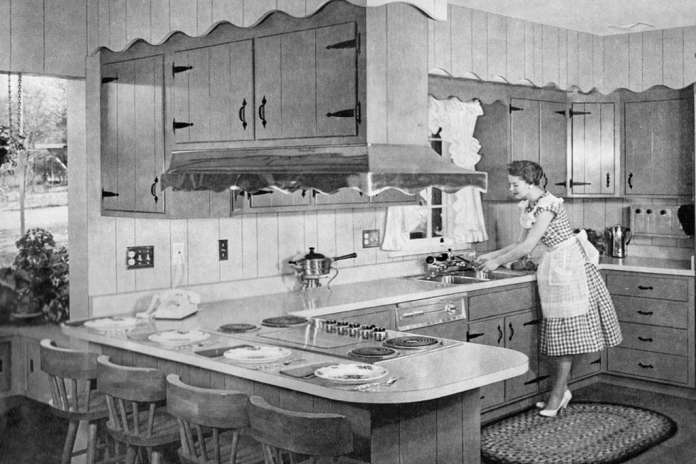 There is not much more to homemaking and motherhood than the Great British Bake Off  if Professor Maggie Andrews, the author of the The Acceptable Face of Feminism, is to be believed. This we are told, rather surprisingly, is how modern day feminists are choosing to depict themselves.

Telegraph ‘Wonder Women’ editor and writer Emma Barnett is one such. All we have to do to be feminist domestic goddesses is to retreat to a kitchen playtime when we are bored or fed up and tell ourselves it is sexy or ‘mindful’.

“I love folding. A bit like the way I love running a new smooth pencil rubber along my top lip or chewing the life out of a defenceless pen (then spraying plastic bits everywhere — I know, I’m a keeper). Folding freshly laundered clothes induces a sense of mental peace. The kind of zen I can’t achieve in a faddy mindfulness class or a sweaty yoga session.”

But why would I expect any young woman today, tutored at the school of feminism, to understand, let alone stand up for, the real moral value of  ‘mom and apple’ pie to society, when all she’s learned is to diss and belittle it?

Nothing has really changed though. You can take it from The Sunday Times arch feminist and acid-tongued Camilla Long:

“Nothing about hanging around at home is sexy. Nothing about scraping out lint from the washing machine floats my boat. Nothing about cooking, cleaning or slogging around the garden is preferable to the big, brilliant outside world or, as Andrews describes it, “the horrors of society”.

In fact nothing has changed in this narrow mindset from the 1960s when the  American feminist Betty Friedan spun the lie to wives and mothers at home that they were unhappy and were tied to the kitchen sink by their apron strings and their overbearing husbands.

There is a problem, however, that Camilla fails to acknowledge in her zeal to prove that writing a script for an episode of The Archers is infinitely superior to what she decries ‘as a conspiracy to sell our domestic misery back to us’.

60 years on and 14 million British women workers in paid jobs under the feminists’ belt later (against an ever-diminishing rump of full-time mothers or homemakers – 2 million at the last count) and women are unhappier than ever before. This is despite dominating university places and the medical, teaching and most of the public sector professions.  For all these triumphs, where are they seeking their solace but in the kitchen?

Before any of you social conservatives let rip with a big cheer or thank God that modern women have finally seen the light – take a pause.

Baking cakes cannot and does not compensate women for the loss of their wider moral role in the family and in the community. This was the moral justification with which the suffragettes first made their claim for the vote as my Co-editor Laura Perrins so eloquently explained in a Woman’ s Hour debate yesterday – the notion that women were different and more responsible than men.

While writers like Bel Mooney now regretfully admit that the feminism of her generation left love out of the equation, the raison d’être she says of domesticity, she  still doesn’t get it.

There is more to domesticity and home making than love however important that is.  Responsibility for homemaking, for food production and childrearing had a moral and societal force that extended culturally down through the generations and across into the community.

The feminists have never acknowledged or respected this, no more than they ever respected the uniqueness of the maternal role and bond. No wonder they failed to predict the havoc wreaked by wrenching women wholesale from these crucial family duties and responsibilities.

The day that middle-aged women from the WI (Women’s Institute) disported themselves half naked for a charity calendar marked women’s final capitulation to modern irresponsibility and triviality. Casting off their clothes they traded certainty for celebrity. The film Calendar Girls completed the transformation and their disconnect with the past.

Jam making would no longer be an icon of women’s domestic management – just one of their many superficial lifestyle choices.

No longer could the WI be counted on to stand up for or explain women’s homemaking and domestic roles. Despite the yawning gap left by mass female migration from the home there’s been no one brave enough to do so since.

Apple pie and motherhood, domesticity and homemaking – these critical contributions to family life – today remain unspoken, unwritten and denied. I am talking about what goes into creating the warmth and comfort of a family home however small or large; what’s involved in preparing regular, balanced home cooked sit down meals twice a day; a clean, well ordered home and good debt free household management. Children up, dressed and  breakfast in their tummies and homework in their satchels, and husbands seen off to work wearing clean shirts and shoes. No one crying, screaming or starting the day anxious, unhappy or depressed. Achieving this is no mean skill.

Cake baking with kids may be fun but it’s not central. Sense and responsibility is. So too is family teamwork – the rules set by mum for manners, behaviour and consideration, for chores, for hygiene and safety – all of which a good mother and housewife needs to attend to.

This can’t be present when the mother is away from the home day in day out or uses it herself as a hotel. Warm, inviting and secure homes are created by mothers who are unselfishly committed to their families, who put their children’s needs before their own, who are there for them and who can be relied on. These are the homes that other children and families want to visit and spend time with.

They are not to be taken for granted or assumed. That is exactly what modern day navel-gazing feminists forget.