NewsPaperthe art of publishing
HomeNewsKathy Gyngell: Welcome to the “Harmanisation” of the Tory Party. This is...
13

Kathy Gyngell: Welcome to the “Harmanisation” of the Tory Party. This is Harriet’s reshuffle, not Dave’s 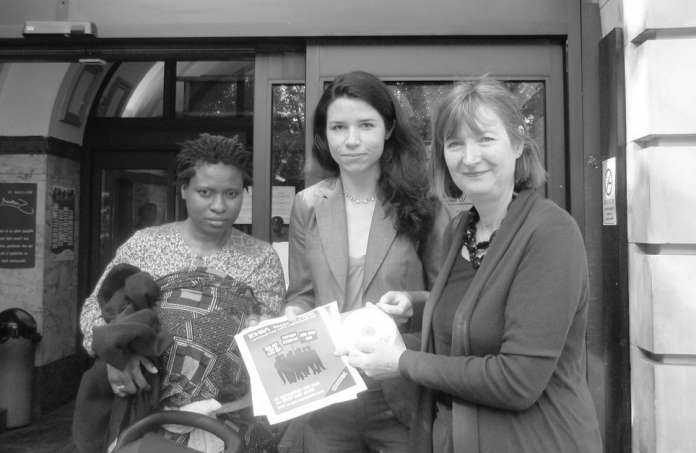 Once upon a time a government reshuffle was viewed in established political terms. Was the prime minister promoting more right-wingers than left-wingers? Had fiscal hawks triumphed over doves? Had Eurosceptics made an advance or a retreat. Had the “wets” vanquished the “dries”.

These were the benchmarks of political analysis under the likes of Margaret Thatcher and John Major. Mrs Thatcher wrestled with the “wets” like Jim Prior and Francis Pym out of sympathy with her free-market brand of Conservatism. Major was famously at odds with the “bastards” he had to accommodate in his ranks, the three or four ministers opposed to his split-the-difference approach to the Europe question.

Similar divisions marked the Labour years, when Blairite apologists for the free market locked horns with Brownites wedded to the union-dominated, vested-interest policies of Old Labour.

Not any more. Today’s politics has been reduced to gender. In the absence of any significant differences between the three parties on the big questions facing the nation – the size of the state, tax and spending, public service and welfare reform, social policy (the role of the family, the importance of marriage for social stability and harmony, crime and punishment), defence and foreign policy – micropolitics is the modern dividing line, both between the parties and within them.

David Cameron (with much string-pulling from George Osborne) is perceived to be in charge of the Cabinet and ministerial shake-up taking place this week. But the true architect of this game of ministerial musical chairs lies elsewhere. In fact she is to be found in another party. That feminist queen, Harriet Harman, Labour’s deputy leader and the inspiration behind the Equality Act, is the real driving force behind the Conservative shake-up.

The weekend press is full of informed speculation that the reshuffle will be dominated by the promotion of at least 10 women to ministerial posts – either at junior or middle-ranking level or at full Cabinet rank.

Dave, we are repeatedly told, has a “women problem”, as Yvette Cooper misses no opportunity to point out. In part, this stems from the fact that the opinion polls consistently give Labour a significant lead over the Tories among women voters – as high as 26 points according to an ICM survey last year. He also, it is true, has relatively few women in his Government – only three out of 22 ministers at Cabinet level, though, as the PM points out, among all Conservative ministers, roughly one in five are women.

Nonetheless, Dave is well short of delivering his promise that by the end of this Parliament, one third of his ministers would be female.

Group rights, not the old divisions between Right and Left, nor the old fashioned duty to represent all, dominate political debate today. Plastic images of young(ish) women MPs dominate the press as reporters speculate which of the middle-aged balding Ministers they will oust.

But why stop at gender? What about other groups similarly or more ‘under-represented’ in government? Ethnic minorities, gays, the disabled, the working classes, the benefit-claiming classes, northerners who left school at 15 and who have worked in canning factories all their lives? And what about retired colonels living in Somerset now voting UKIP in disgust at gay marriage? Where is their ‘representative’ in the government? When will they get their quota?

All this is Ms Harman’s doing. Her greatest achievement has been to browbeat the Conservative Party into her divisive, even poisonous way of looking at the world.

Only last week, she was at it again, complaining bitterly about her one-time friend and patron Gordon Brown refusing to make her Deputy Prime Minister (although she was Labour’s Deputy Leader) and – to add insult to injury – limiting her involvement in a G20 summit to instructing her to attend the dinner for the leaders’ wives. Poor Harriet.

In her speech at Westminster, she insisted that politics had a long way to go before it is representative of society – of women, race and class background.

On these misguided terms, she is right. Only a quarter of MPs are female and far fewer have working class backgrounds or are members of other minority groups.

Frighteningly, the PM and his senior advisers share her analysis. Parliament and by extension the Government must become a mirror image of an atomised country riven by group conflict – Muslim against Christian, men against women, black against white, old against young, poor against wealthy, gay against straight.

Dave will try to placate Harriet this week by offering jobs or promotions to the likes of Nicky Morgan, Andrea Leadsom, Amber Rudd and Esther McVey and many more. Old, male and pale ministers will be pensioned off and left quietly to seethe with bitterness on the backbenchers. But Harriet will always have another hoop for him to climb through.

And will it do him any good anyway? Will the “Harmanisation” of the Conservative Party – its conversion to the Marxist and feminist notion of quotas and group rights – win him a single extra female vote?

Does he seriously expect that the over-taxed middle class mother battling to get a decent education for her children and an appointment at the local surgery cares two figs if Nicky (all-women shortlists) Morgan is promoted this week? And if she doesn’t, what about her similarly embattled counterpart on the council estate? The answer is no on both counts.

The Tories – the first and only party to elect a women leader – once stood for merit. They stood for the idea that the best people should be selected to stand for Parliament and that the ultimate decision about who was elected lay with the people.

Politicians were servants of the people to be slung out when they failed to deliver good government.

But under Harmanisation all that is going. Along with any chance of a cabinet of the most talented. Politics has become a job with family-friendly hours, decent salaries, perks, expenses, employment rights and a creche. We are used to “producer capture” in the great baronies of the bloated welfare state where multi-billion pound services are primarily run for the benefit of those who work for them.

Harriet’s great achievement is to bring producer capture – a political system run for the benefit of politicians not the public – to the Mother of Parliaments. Once it was the envy of the world and now it shares the obsessions of Lambeth social services department.

Share
Facebook
Twitter
WhatsApp
Email
Previous articleChris McGovern: The empire strikes back. The dead hand of the town hall seeks to reclaim control over academies
Next articleLaura Perrins: Our trust in doctors depends on their commitment to saving not ending life