NewsPaperthe art of publishing
HomeNewsKathy Gyngell: Has TCW saved the Nobel prize-winner hounded out by the...
79

Kathy Gyngell: Has TCW saved the Nobel prize-winner hounded out by the PC mob? 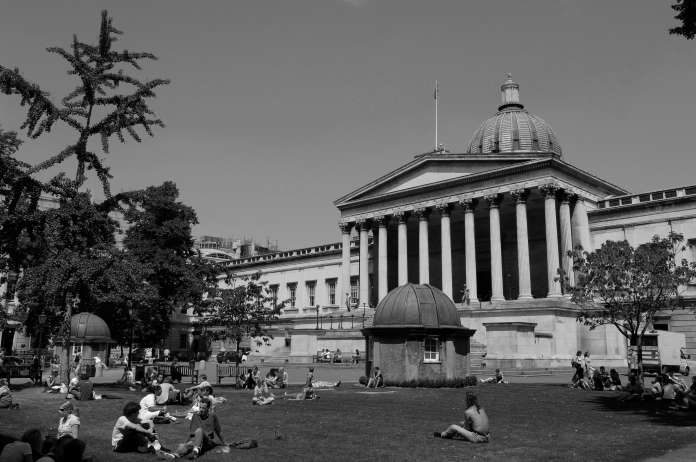 Well, I have to say it was very pleasing to read in The Sunday Times that UCL are considering reinstating Sir Tim Hunt, the Nobel laureate, to his honorary professorship.

Not least because we were first out of the traps on June 12th with our condemnation of University College London for its repressive politically correct response to the demands of the thought police.

It is true that Professor Hunt’s wife, Mary Collins, who is a professor of immunology at UCL, made her displeasure at her husband’s enforced resignation known straight away. But until TCW led the way, excoriating UCL publicly, she was on her own.

It took Boris Johnson another two days to come to Sir Tim’s defence and censure the Royal Society. It was a whole week before Sir Tim’s Nobel prizewinner contemporaries got their act together to castigate UCL’s summary disciplinary action and demand his reinstatement.

Sir Andre Geim, of the University of Manchester, who shared the Nobel prize for physics in 2010, is however to be applauded for saying that Sir Tim had been “crucified” by ideological fanatics. Like TCW, he castigated UCL for “ousting” him.

Yesterday, came the good news that UCL is bending to pressure and may reinstate Sir Tim – maybe thanks to a ball that TCW set rolling!

It would be nice to think that our efforts were having a similar effect on the BBC. Any reader of David Keighley’s regular BBC bias posts on this site who got over-excited by this headline, we fear will be disappointed.

At first glance it all seemed rather promising. The BBC Trust could be stripped of the power to rule on allegations of bias, John Whittingdale, the new Culture Secretary, warned in an interview. What the BBC needs, he said, is a “very robust system in place” when dealing with issues of impartiality. This was interpreted as a call for an independent regulator of bias.

Our spies tell us there is nothing new or earth-shattering in this. If anything, the opposite. Those in the know tell us that the BBC has little to fear and that Mr Whittingdale has gone firmly back onto the fence (if ever he was off it). Why? Politics, dear boy, of course. Very little is going to change while the Prime Minister, David Cameron, who wants to win the referendum on our membership of the EU, needs the BBC firmly on his side. The latest Ipsos MORI poll shows that his renegotiation PR strategy, combined with the BBC’s daily “British business must stay in the EU if it not to be damaged” indoctrination, is winning. Sixty one per cent of the public now say they will vote to stay in, compared to 67 per cent in the referendum of 1975.

A major problem is that the ‘No’ side, who appeared to be getting their act together last week just don’t or won’t realise how lethal the BBC propaganda is to their case and cause.

Yet nothing, but nothing, has changed with the BBC’s coverage of the EU. They are doing what they always do – offering the bare minimum with regard to coverage of the No or Eurosceptic case that they think they can get away to neuter any coherent opposition.

At the same time, none of the national press (The Daily Express apart) are committed to exit. And although they are highly critical of Brussels they are still prepared to give credence to Mr Cameron’s renegotiation PR exercise. This is what the BBC too is plugging hard – and it’s working.

Yet here on the BBC website is evidence of the level of bias that the BBC will descend to and is prepared to publish. The headline Everything Everything: ‘Our album is a horror bible’ over a story about the pop group specifically lumps together Ebola, missing airplanes, beheadings, and the rise of Ukip. The subliminal yet pernicious message is to equate ISIS’s savagery with Farage’s purple revolution.

While it is one thing for an ‘artist’ to be vicious and blinkered enough to make such an comparison (and here on TCW we defend that right to freedom of speech, risible though it is in this case), elevating it to a headline goes well beyond the bounds of journalistic integrity.

If this is an example of the BBC’s interpretation of its duty to exercise due impartiality, it is not an external regulator it needs, but the mass resignation of its executive board and its trustees.

Share
Facebook
Twitter
WhatsApp
Email
Previous articleLaura Perrins: The politically correct monster throws infidels to the wolves
Next articleReader’s Comment of the Day: Could grammars thrive in a world where all must have prizes?