NewsPaperthe art of publishing
HomeKathy GyngellKathy Gyngell: How the BBC rewrites history with a feminist slant
7

Kathy Gyngell: How the BBC rewrites history with a feminist slant 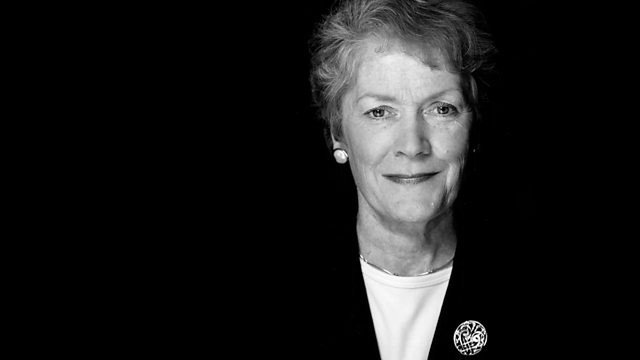 I wonder what veteran BBC reporter and presenter Sue MacGregor made of the BBC’s official historian’s characterisation of her on the World at One yesterday during an item marking the programme’s 50th anniversary?

I am referring to the contribution of one Professor Jean Seaton of the University of Westminster (that beacon of freedom and diversity) given the task of writing the Corporation’s history, who has drawn our criticism before.

Turning on the radio at lunchtime I heard her at it again, taking full advantage of her position to review BBC history through her peculiarly distorted feminist lens.  There she was portraying Sue as a young woman reporter,  back in 1967 on the World at One (Wato), naïvely unaware of the BBC’s then institutional sexism and prejudice.

“She never understood that outside in the wider world of the BBC women weren’t used as seriously (as she) because she lived in this wonderfully intelligent bubble in which she was respected…”, said the excited Professor, her voice rising to an ecstatic squeak in her imitation of Ms MacGregor: “I didn’t understand that it wasn’t like that outside (Wato) in the rest of the BBC”.

If Wato presenter Martha Kearney noticed any distortions or omissions in the great and insightful Professor’s one-dimensional narrative, she did not let on.

For example, how, she might have asked, had young Sue’s talent been spotted and developed in the first place in this hotbed of institutional sexism?  How had her career managed to take off from temporary junior secretary  at the BBC  to reporter on the World at One (via the South African Broadcasting Corporation) aged 26, to Woman’s Hour Presenter aged 31 and Today programme host from 1984 to 2002, given the general disrespect the Prof indicates women were accorded in the Corporation?

Actually wasn’t her rise rather similar to Ms Kearney’s own – from volunteer on a hospital radio station through LBC to the BBC?

Good grief then  – how was it that she managed to surmount the prejudice against women around her?  How did Esther Rantzen,  Joan Bakewell and Kate Adie  all manage to scale this wall of sexism?  Goodness me – when you think about it Kate even defied those dreadful patriarchs to become a war reporter. Oh and isn’t Anne Nightingale Radio One’s longest serving presenter – how did she make it from that other awful place, Fleet Street, before hosting ‘What’s New’ in 1970?

Yes women had a really tough time time. Only the lucky ones working in intelligent bubbles made it. It had  nothing to do, of course, with the fact that the BBC used to favour  talent and ability, initiative and get up and go, whatever sex you were instead of imposing the present day’s gender and diversity quotas. Of course not. It couldn’t have been. After all, according to the BBC’s Official Historian’s account, 50 years ago: “you are looking at the beginning of a sociological change” when “women it turns out aren’t such fluffy headed little beasts” (as they were thought to be). Now we know.

Sue MacGregor, if we are to believe Professor Seaton, is no cause for concern; she’s completed her re-education successfully and accepts this feminised version of her own and the BBC’s history. So too, it seems from her lack of challenge to this liberation account, does Martha Kearney.

Shame on her for allowing such an insult to her intelligence by letting the Prof get away with this claptrap. She must know it is not true.