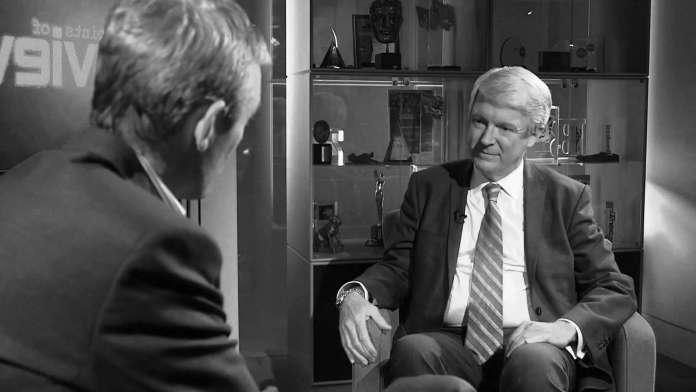 The BBC has deigned to say Jeremy Clarkson  can come back if he sorts himself out.

How very generous of them. But he needs to go to rehab first, says a senior executive with a zero sense of irony.

Not even an army tank bringing a million-strong petition to reinstate Clarkson on Top Gear to the Corp’s HQ has brought the BBC’s fat cat execs to their senses. No doubt they’ve been too busy with their anti-Clarkson briefings.

A spot of compulsory rehab wouldn’t hurt some of their overpaid and vainglorious ranks  – paid for by themselves from their generous salaries, taken during their holiday leave.  They shouldn’t be let back in if, after this time of reflection, they still believe that they are the higher power.

I doubt whether the overpaid Blairite clique that the Director-General Tony Hall has gathered around him, or even the DG himself, would be missed

The BBC’s attitude problem starts right there – at the top. Far from cleaning out the Augean stables at a BBC reeling from its grotesque failure of judgment over Jimmy Savile,  Lord Hall appears to have settled rather comfortably into them.

That is what his interview with the Financial Times this weekend suggests –  a man determined defend the BBC, not to overhaul it.

Hall graciously acknowledges Parliament’s right to inquire into how public money is spent. So why his own reluctance to appear before the Commons European Scrutiny Committee earlier this month?  This was but one of the many questions Jonathan Ford failed to ask him over what he clearly found a disappointing lunch.

He let Lord Hall’s self-congratulation over a 10 per cent big names pay cut pass unchallenged. He could have pointed out that 14 of those ‘big names’ are still pocketing £12 million between them, courtesy of the licence fee payer and that the overall stars’ pay bill still weighs in at £188 million.

I personally would also have liked to ask how the DG  justifies 91 BBC executives being paid more than the Prime Minister and 11  getting more than double the PM’s salary.

There is of course no justification that he could give, especially in view of the BBC’s declining audience (and brand).

But Lord Hall is not a man wracked with doubt.  Like the automatons who came before him he trumpeted the importance of the BBC editorial independence (of government)  not reflecting for one moment how meaningless this is in an organisation that has abandoned its editorial standards, that has lost touch with what impartiality means, and that follows its own PC victim culture agenda.

Lord Hall has no problem defending the indefensible. He has no concept of what is wrong with the BBC.  He has no doubt about the Corporation’s value to the UK: “We are such an important part of the creative economy that, if the BBC didn’t exist, you would have to invent us.”

Therein lies how out of touch and unreal is the BBC culture that he represents.

Yet today’s BBC is a far cry from that of the days when David Attenborough was Controller of BBC 2 and when Kenneth Clark’s Civilisation (that so inspired the young Tony Hall’s interest in culture through television) was made.  Since then outsourcing and dumbing down has changed its character – irreversibly it seems.

Wolf Hall could have only been made by the BBC, Hall claims. Too right it could – only the BBC would have been so keen to set up a co-production deal to dramatise Hilary Mantel’s warped view of history.

If the luvvies liked it and The Guardian gave it glowing reviews that  was sufficient unto the day for Lord H. Never mind that the viewers switched off.

Never mind too that Attenborough and his wild life programmes represent a dying breed on the BBC, about to become as extinct as its ‘crown jewels’ of sports coverage. It lost cricket (more than ten years ago); it lost the rugby; it lost the golf ( the US Masters and soon the Open Championship).

But you can’t imagine a Britain without a BBC, Lord Hall still thinks. Most of us can – we don’t have to imagine. The BBC people cherished disappeared long ago.

Radio Three has gone down the drain; decent diction has disappeared from all BBC channels. Any halfway decent, non-dumbed down, programme on Radio Four is confined to the margins of the schedule.

Not that this is of any concern to Lord Hall. Provided he can project the BBC’s voice in the world – and heaven knows what will be made of it for the Queen’s English it no longer is – his mission will be complete.