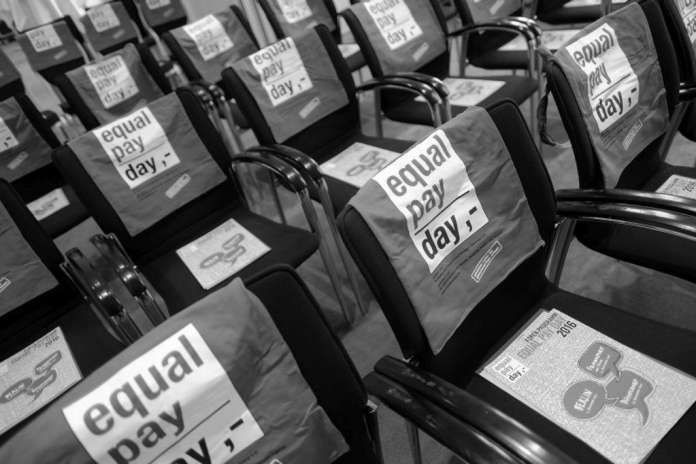 The Institute of Fiscal Studies and and its director Paul Johnson are fast losing whatever vestiges of credibility they had.

In the run up to the Europe referendum, they unashamedly embraced Project Fear.  There is “near consensus” on the negative economic consequences of Brexit, Johnson insisted, citing inter alia the International Monetary Fund, which was later to admit its disastrous if not corrupt support for the euro and the ‘immolation’ of Greece.

Johnson denied that the Institute’s EU funding had anything to do with his advice. “Believe it or not our advice is strictly independent.”

I don’t think so.  Strictly ideological is more like it.  If you think this sounds a harsh judgement take a quick look at Johnson’s subsequent somewhat less than independent ventures into contemporary political debate this summer.

He seems to be a man on a mission.   In a deeply manipulative article in The Times just last week, he set out to denigrate anyone who criticised the BBC’s use of ‘expert’ advice.  The evidence is overwhelmingly on the experts’ side he insisted – like the IMF.  Those of us who have the temerity to question such august bodies are inhibiting the BBC from its proper duty to inform the public.

Really? I can’t say I had noticed any inhibition stopping the BBC pushing Project Fear before or after Brexit. Rival claims, Johnson confidently asserts, are not backed by evidence.

Today he’s capped these conceits with an IFS publication on the so-called gender pay gap.  If I didn’t laugh, I would cry.

Women who return to work after having a baby, the report asserts, fall even further behind men in earning power.

Well, of course, they do. But look at the weasel word there – ‘even’.  Excuse me, but women are not behind men if they don’t stop to have children, as a genuinely independent report for the Insitute of Ecnomic Affairs recently demonstrated.  So there is no question of even. The gender pay gap is a fashionable myth.

Unfortunately, it is a feminist myth that our Prime Minister was foolish enough to propagate the day she took up office. Something that the IFS eagerly leapt onto for their briefing note.

“If you’re a woman, you will earn less than a man”, they gleefully repeated from Theresa May’s first statement as Prime Minister in their briefing note.

Here we have the IFS joining with public pressure for government regulation of pay and at the same time speciously linking the gender pay gap to child poverty. This is not the stuff of independence. Much child poverty is the straight result of single parent family choice – whatever the props put in place by government. Have a child on you own without ever having a job or a partner to support you and you are likely to be poor.

The Government already looks to be going ahead with its planned publication of gender pay gap league tables to pressure employers into remedying this discrepancy. Why this is so wrong is explained here.

Anyone with a vestige of honesty or common sense has to ask, why wouldn’t the gap between hourly earnings of the two sexes become steadily wider after women become mothers?

Why wouldn’t, or perhaps I should say, shouldn’t women’s hourly pay rate fall 33 per cent behind men’s over the subsequent 12 years, if indeed it does?

The reasons for the apparent ‘differentials’ are obvious. They reflect the application of something called choice (a concept that seems to elude Mr Johnson):

‘Gender pay differentials between young people are now close to zero or negative – reflecting in part the better educational qualifications of girls and young women. It is only over the age of 40 that a gap really emerges. The obvious inference is that having children, caring responsibilities and other ‘lifestyle’ factors make for the difference in older age groups. Support for this comes from  evidence that older single women seem to do as well as single men, while sexual orientation also has an impact (several studies suggest that lesbian women are paid more than straight women).

Furthermore, concentration on the over-40 pay gap in any case ignores ‘compensating differentials’ which offset lower pay to a considerable extent.’

Sound thinking like this, sadly, did not impact on the media’s reporting of the IFS report today.  Predictably, The Independent and The Guardian have bought into this pseudo gross injustice hook, line and sinker. .

The BBC links the story with their very own campaign – what else – to find out ‘how equal are you’.

As IEA director Mark Littlewood says in rebuttal, the specious gender pay gap is not something that needs ‘tackling’ .

We at TCW would go further. The differential reflects the reality of part-time work and is a good thing. It shows that not all women have yet turned into male replicas and the majority rightly still prioritise their caring responsibilities. It has too forced a feminist surrender, as my co-editor Laura Perrins said this morning. The trouble is that it has also led to the feminists’ latest contorted demands, the consequences of which, if applied, will be grim.

For make no mistake the establishment is falling for this latest destructive feminist project – this time to ’round’ everyone down to part-time hours  – men and women.  It will dilute not just excellence at work but real, as opposed to faux productivity, to the cost of everyone – the poor most of all.

For if women are to be paid equally for part-time hours and be promoted for 20 hours a week as fast as they would be for 50 hours a week, then why would men bother to do anything different?

Feminists might have bowed to the reality that women want to put their families first and not work full time, but the price is now that all work must be feminised. The choice facing employers is between living the lie and paying the same rates and offering the same promotion to women, whose experience and commitment is less. Or to say that everyone must work part time.

It’s a a Scylla and Charybdis of a choice – disastrous for expanding prosperity and doomed to drop even more people into poverty and create more State dependence.

That’s the craziness of feminist ideology for you. They would cut off their noses to spite their faces. And so would the disreputable IFS now leading their destructive campaign.