Kathy  Gyngell: In the BBC’s Alice in Wonderland world, criticism by MPs compromises its impartiality 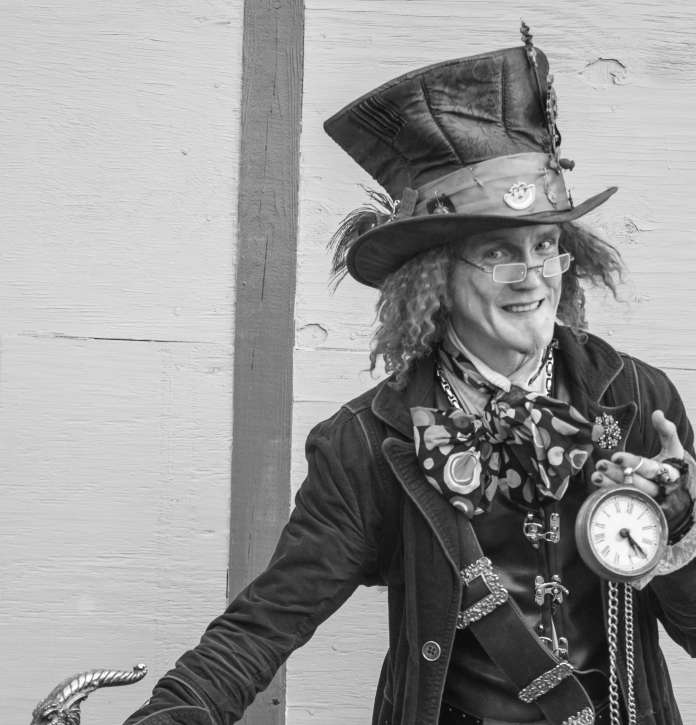 Biased Today, biased yesterday and biased tomorrow,  the BBC  has much to answer for over its uncritical and inadequate EU coverage.

More than any other news outlet the BBC shapes and moulds public opinion. Over the years, it has inspired an unwarranted public confidence in the EU. It has been responsible for conveying a sense of the inevitability and necessity of British membership

Had it not so determinedly stuck to its view that the EU was ‘a good thing’,  a fact of life that anyone in their right mind should accept,  Britain might not be in the mess it’s in today.  We might not have uncontrolled immigration; we might be able to deport who we want when we want; and we might still have a vibrant fishing industry. That’s just three of the many areas over which we have lost national authority at great cost.

The  House of Commons all-party EU Scrutiny Committee’s report, published yesterday, which accuses  the BBC of ‘falling down severely’ in its obligation to provide impartial coverage of the EU, raises these questions.

Its findings confirm what many of us have been arguing for years – that BBC coverage of EU matters is deplorable, that it has a ‘concerning’ pro-EU bias, and that Eurosceptics have been given inadequate airtime.  Specifically the MPs criticise Lord Hall for failing in his role as the BBC’s editor-in chief .

All this rings a profound bell with me, just as does the arrogance of the BBC’s response.  The crux of it is that the BBC cannot be criticised because (in their perverse world) any criticism by MPs (however valid it may be) constitutes a breach of the Corporation’s independence. It can’t be seen to follow MPs criticism – no, not even if it is right.

I wonder which Propaganda (sorry Press) Officer there dreamed this excuse up as he pondered the embargoed document before publication? I know that nothing should surprise me but I am amazed that Lord Hall signed off such a response for release. Perhaps for this particular editor-in-chief,  intent and belief are adequate substitutes for whatever is actually broadcast.  During his appearance before the Committee, his claim that the desire for balanced output “ran deep” within the BBC and that he believed that this was being achieved now, sounded like weasel words.  It isn’t being achieved.

This is far from the first time that the BBC has stonewalled criticism about its EU coverage.  I have in my files copies of an ongoing correspondence with Helen Boaden, the then Controller of Radio Four, back in the early 2000s. Like today’s BBC spokesperson, her response that the Corporation provided extensive and impartial coverage of European and Parliamentary issues was (or should be, she thought) sufficient unto the day.

Boaden refused to consider the consistently logged, timed, comprehensive transcript evidence and analysis,  that we (Minotaur Media Tracking) sent her, as evidence.  In her thinking no external monitoring of BBC output could or would ever constitute evidence – however objective or impartial – because the BBC editorial process meant that the BBC was always impartial – and therefore above criticism. It’s surprising to find she has a degree in English literature;  the concept of tautology could not have featured in her studies.

Despite Lord Wilson’s subsequent critical report, despite the cumulative log of evidence of BBC bias by News-watch, despite the fact that this is far from the first time that the BBC has been called to account, the BBC never wavers in it pre-programmed ‘Boaden’-style response. It refuses to harbour any self doubt – not a smidgeon.

Lord Hall has taken a leaf out of Ms Boaden’s book. “As Lord Hall told the committee, we are and will be impartial in all matters concerning our coverage,” the BBC spokesman said.

James Harding, the BBC’s Director of News and `Current Affairs, was not backward in going on the offensive either. His ‘Aunt Sally’ was that if the public was going to trust the BBC to report on politicians impartially it had to be clear that BBC journalists weren’t “asked by politicians to come and account for what they do and in effect do the bidding of those politicians”.

True to form the Today programme thought there was nothing to defend either.

In its own inimitable way yesterday morning’s edition of Today devoted 8 minutes to a Mark Knopfler record plug but nothing to the EU Scutiny Committee’s report that just happened to criticise the BBC on a subject of fundamental importance to every British citizen!

Share
Facebook
Twitter
WhatsApp
Email
Previous articleLaura Perrins: So how was it for you? My wife’s year-long sex odyssey ended in divorce
Next articleChris McGovern: Current affairs are not history. They are a front for leftie brainwashing of kids