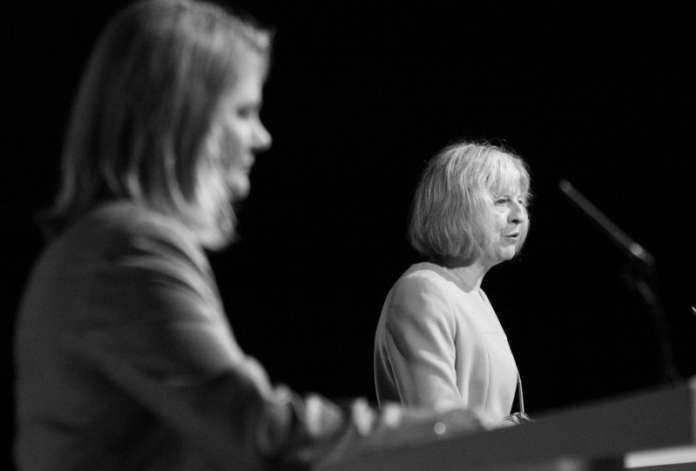 (In the first part of this interview yesterday, David Goodhart acknowledged the hypocrisy of ‘Anywheres’ in valuing (married) stability themselves while indirectly promoting the opposite in poorer neighbourhoods by siding with mass immigration and an anti-domesticity family policy.  Today we discuss how the catastrophic effect of socially liberal,  feminist family policy can be put right.

The Road to Somewhere: The Populist Revolt and the Future of Politics can be purchased here.)

Kathy Gyngell: Your chapter on the destruction of the family is brilliant, brave and, in my view, the most significant part of your book. You detail and pull  together the story of the rise and rise of single parenthood, the collapse of male employment and the squeezing out of the two parent single earner family.  Then you point the finger of blame fairly and squarely on the gender politics of the ‘alpha’ feminists who have imposed their own blinkered and vested interests on family policy. How can we rein them in?

David Goodhart: I think we appeal to a sense of fairness and just keep pointing out how one-sided family policy has been. Now that professional women have very few obstacles to equality in the public domain (beyond biology if they wish to have children) we can afford to be more pluralistic and accept that many women (in fact a clear majority) want to place family first especially when children are young.  That does not mean going back to the kitchen sink but it does mean doing something about the bias against single earner households, supporting couples with children in the tax system; and maybe providing financial support for looking after your own child rather than keeping the £8 billion a year only for people who are happy to hand care to a stranger.  A voucher system in which everyone with a child gets a voucher they can either spend on themselves or external childcare would be one option for example. It also means paying more attention to the large number of boys who are failing and falling behind girls in the education system and the jobs market.

I came fresh to a lot of this family policy story and I was amazed to discover how far it has gone in an anti-domesticity direction. It really is one of the clearest examples in all of public policy of policy capture by Anywhere interests, in this case professional Anywhere women – from Margaret Thatcher to Jess Phillips – there has been a focus on how to make women as autonomous as possible from men and how to promote equality in professional life (women on boards and so on). It is not that I am against more women on boards but when almost 70 per cent of women say they support the so-called “modified male bread-winner model”, in other words a higher earning man that one can be dependent on when children are young, I am not sure we have got the balance of policy right.

Thirty or forty years ago women still faced many obstacles to equal treatment and had to battle to be autonomous of men – now the challenge is how to help men and women to cooperate together in raising children in an age of equality, and when both parties can more easily break contracts with each other.

I have been surprised by how the Conservative party seems to have gone completely liberal on this issue – or rather the party seems to feel that in order to get a hearing in modern Britain it has to sound exactly like the other parties and adopt their ‘Anywhere’ liberalism on these family issues. The Conservative Party still seems to be designing policy for what is arguably the group that has done better than any other in British society in the last 25 years – i.e. professional middle class women. Everyone still seems to be fighting the last war.

Conservative spokeswomen are, for example, far more likely to make speeches about more women on company boards than on doing something about the decline of the working class family or boys being left behind by girls in education.

Theresa May and others talk a lot about the gender gap as if it is one of the great social evils of modern Britain – but it is not – indeed it barely exists if you compare like with like in full time professional jobs. It only exists when you conflate the earnings of women of all ages, occupations and full-time/part-time status and compare them with the same male total; and because many more women work part-time and are concentrated in some of the lowest-paying sectors, such as cleaning and care, the average hourly pay for women is still about 20 per cent less. Now I agree many care workers are scandalously low-paid and we should do something about that – indeed we may have to after Brexit – but that is a matter of low pay and not of gender inequality.

I appreciate that your group has been trying to do something about all this – but, speaking as an outside observer, you don’t seem to have got very far! When I was researching this subject for my book I had to seek out religious groups and tiny lobby groups like Mothers at Home Matter – who mainstream society (and media) tends to regard as a bit cranky.

KG: Are any of the ‘alpha feminists’ yet eating humble pie? Or are they after your blood?

DG: The reaction to the family chapter in my book has so far been rather muted – but that may be because all but one of the reviewers has been a man!

KG: Do other men, apart from you, now need to man up  (like our TCW commentators do) and defy the feminists’ terminal solution to family life of gender neutrality and feminised men?

DG: I think men have been rather quiet on this issue – it is an easy issue for educated, middle class men to show how liberal they are because it doesn’t really damage their interests – indeed you might say they benefit from having many more educated, ambitious women as equal partners – there are more women around who, like them, tend to put career and public domain first – as Belinda Brown has pointed out, this they understand and can empathise with and it would be hypocritical to challenge women who are behaving more like them – it is different for many lower middle class and working class men, who often now lack the existential motive of being a provider – it is a role our culture has denigrated, like the stay at home mother.

KG: Finally, you come so close to asking for recognition of marriage in the tax system, then disappointingly decide it should not be a condition of pooling tax allowances, only cohabitation. Doesn’t this final deference to social liberalism betray your entire critique?

DG: No, that is ridiculously sweeping! Moreover, I think you are making the best the enemy of the good. Marriage is obviously the preferable option but it has long since ceased to be the norm – about 15 per cent of children are raised in cohabiting families (and 23 per cent in single parent families). The genie is too far out of the bottle.

But you can help to create conditions that are more conducive to couples staying together and raising children together – whether married or not. Money is obviously not the only factor in causing people to split up, but easing the household budgets of families under stress could help to reduce one common source of dispute and argument. I want the family unit to stay together so far as possible and so long as cohabiting couples can prove that they have been together for, say, two years they should be included.