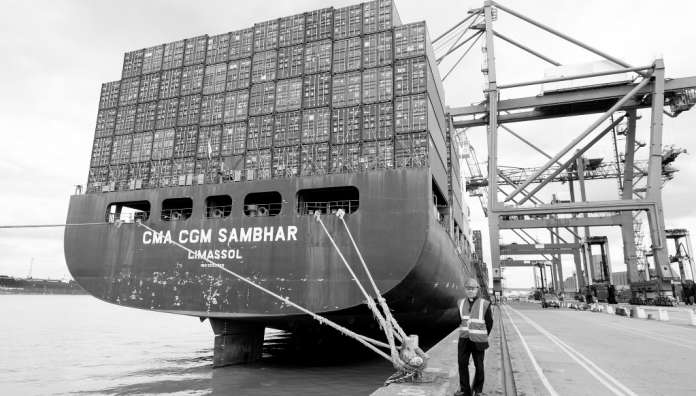 (John Mills is an entrepreneur and Chair of Labour Leave. His latest book, Britain’s Achilles Heel – Our Uncompetitive Pound argues that the root of Britain’s stagnating and relatively low productivity lies in the long-term strength of the pound and the de-industrialisation that has ensued. He writes: ‘Reversing the process calls for a commitment to re-expanding the UK’s manufacturing base that must start with an active exchange rate policy designed to keep the value of sterling down’.

Here I ask John about the impact of ‘big government’ and other cultural changes on Britain’s stagnating productivity and ‘inequality’.)

Kathy Gyngell: You address two ‘inequalities’ in your book – one the stagnation of economic growth in the West by comparison with that of Asian economies. Two, the widening gulf between rich and poor in our own society. Which is your key concern or do you see the two as intrinsically related?

John Mills: I think the two are related. Broadly speaking, the more slowly the economy grows the more uneven the distribution of wealth and life chances tends to become. I think there are also other major sources of inequality apart from those, particularly between different regions of the UK and between generations..

KG: You argue that the root of our uncompetitiveness in Britain lies in a long term over-valuation of the pound and a declining, underinvested manufacturing base; but to what extent is it also down to the growth of the State – to ‘big government’, excessive debt and a public sector employment rate of 20 per cent?

JM: I think that “big government” and relatively high levels of public sector employment are more consequences than causes of our severely unbalanced economy.

KG: Male participation in the labour market has declined as female participation has risen (from 57 per cent in 1971 to 73.5 in 2014, mainly in part time work). Has this impacted on productivity?

JM: Yes, I think it has had some impact. Gross value added per hour, as conventionally measured, is lower for women than for men, so having more women in the labour force will be inclined, other things being equal, to bring down the average. I think the effect here, however, has been very small compared with the much larger impact on productivity of low levels of investment, particularly in light industry where the scope for productivity increases is highest.

KG: Generally, is our uncompetitiveness and low productivity really as much a function of cultural as of economic factors? From the growth of entitlement to the demands of ‘gender equality’?

JM: I am sure there are some cultural and attitudinal factors in play but, in my view, these play a minor role compared to economic incentives provided by the availability – or lack of them – of profitable investment opportunities. In particular, because service industries in the UK tend to be much more profitable than manufacturing, talent, power and influences concentrated in the former and not the latter. This creates conditions where services do better and better while manufacturing languishes. Most of our export earnings come from goods and not services, however, so this is not a viable and sustainable way to run the economy.

KG: Would being self-sufficient energy wise – shale gas for example – eclipse all other influences on productivity?

JM: Energy self-sufficiency could be a big help in reducing our balance of payments deficit and thus rebalancing our economy but if it used – as oil was in the 1980s – just to finance more import-led consumption – it won’t make the economy grow any faster.

KG: Is increased international competitiveness the only way improve everyone’s standard of living?

JM: Yes. Our lack of competitiveness is, in my view, far the major cause of our deindustrialisation, low levels of investment especially where it is really needed, our trade and balance of payments deficits, our excessive borrowing, what little growth we have being driven by consumption based largely on asset inflation instead of by trade and investment, and the inequality which slow growth fosters.

KG: Is sterling still over valued (since it dropped after the referendum result) or does it need to drop further?

JM: To rebalance our economy and to get it to grow sustainably I think we need to get manufacturing as a percentage of GDP up from its current less than 10 per cent to about 15 per cent. To do this, we have to make investment in manufacturing profitable and I don’t think this can be done on a sufficient scale without an exchange rate about 20 per cent or a bit more lower than it is at the moment – around £1.00 = $1.00 or €0.90.