Kathy Gyngell: John Simpson saw off the Taliban but the BBC women are a tougher proposition 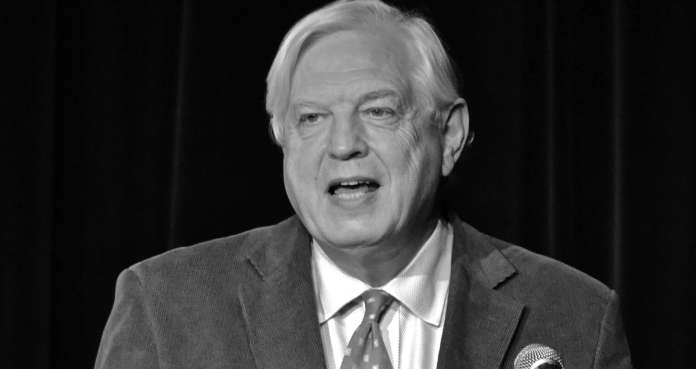 Has John Simpson, that veteran war BBC reporter, who’s ducked bullets around the world and who strode into Kabul at the head of triumphant Western forces in 2001, taken on the most fearsome foe of all?

The BBC’s very own Taliban?

Actually that is not how John Simpson described the BBC’ s right-on, humourless regiment of women that he said at a literary festival last weekend has taken over the corporation.

No, he described them (euphemistically, I suspect) as  ‘tough women’ who were ‘running the place now’ who have made the BBC a worse place to work.  It was, he said, a much nicer and gentler place to work earlier in his 44-year career.

I am sure it was.

Because that, of course, was well before the BBC fell foul of political correctness and became a hostage to Harmanisation – the politically correct orthodoxy imposed on the public sector by Harriet Harman’s Equality Act and enthusiastically embraced by the Tory leadership.

It was before the nation’s equality and diversity ‘agenda’ came to supercede the BBC’s prior obligation to educate, inform and entertain and to remain independent of government and its political ideologies.

Sadly due to the vociferous campaigning of women in the media and its liberal left default the BBC has taken this particular government agenda very seriously indeed.

The BBC’s  2011 -15 Diversity Strategy now dictates all.  Recruitment and promotion is driven not by talent, merit nor even by broadcasting skills, but by something called the Cultural Diversity Network’s “cultural snapshot analysis of the diversity of people represented on UK television in 2009 by age, gender, disability, ethnicity and sexual orientation”.

I kid you not.

And what did this  ‘cultural snapshot’ find?  Shock, horror, that men occupy double the screen time of women.

Well no longer.  That little problem has been well and truly rectified.  From my viewing of Monday evening’s Ten O’Clock News (and just about every other BBC TV bulletin for the past year or two) it’s women who are in control.  The ratio was five women to four men with a female presenter and the women in the lead roles, with the men as the supporting cast. None were memorable. Nor their reporting.

But never mind, the letter and the law of gender equality have been fully and successfully imposed, on news and sports reporting, and now it is insisted upon even on comedy panels; the requisite number of women must be there, with or without talent or aptitude. Mainly without.

But what appears to have got John Simpson’s goat is the feminisation of the BBC’s corporate culture. He did not elaborate on their (lack of) management skills, whether they are wedded to their rulebooks or overly bureaucratic, incapable of delegating, or simply two dimensional. He does not like their influence. He just said tersely that “the BBC is even more grotesquely managed now than it was” with managers having far more control over the broadcaster than ever before. The BBC ‘is such a nanny’, he said.

The question is whether these women, who are doing this ’nannying’  would have won their inflated six-figure salaries and the senior positions that go with them in the competitive free marketplace? Without the benefit of positive discrimination? One suspects not.  For, as Simpson suggests, the BBC’s power women are the place people and quango queens of the public sector world. You would not find any of them running a FTSE 250, let alone a FTSE 100, company.

This is not to imply that their male counterparts are any great shakes either. The vicious, botched sacking by the BBC of its chief technology officer John Linwood revealed a catalogue of bad practice mainly by male executives, as David Keighley posted last week, all the way up to the Director General, Lord Hall.

But  would the BBC’s secretive and perverse corporate culture be as it is today had it not been so successfully ‘Harmanised’ and feminised?

This, as well as the individual women and their male acolytes, is what John Simpson and his troubled male colleagues (Jeremy Paxman and David Dimbleby among them) must take on if they want to stop this stultification of the BBC.

Share
Facebook
Twitter
WhatsApp
Email
Previous articleChris McGovern: Most of our sixth-formers are not suited to university. We should scrap Blair’s batty target now
Next articleKevin Sabet: Smoke and mirrors in druggy Colorado. Press reporting standards down, crime up