NewsPaperthe art of publishing
HomeKathy GyngellKathy Gyngell: Kate is no “Duchess of Drab”. Her substance shines through
7

Kathy Gyngell: Kate is no “Duchess of Drab”. Her substance shines through 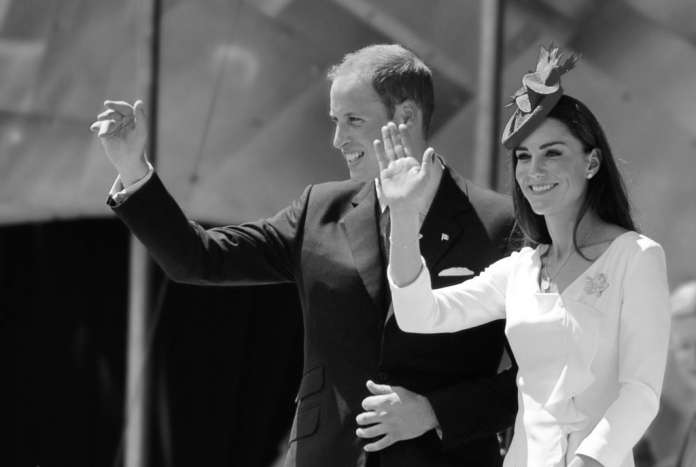 On the eve of her official trip to India the Duchess of Cambridge was subjected to a rather cruel style dressing down courtesy of Daily Mail columnist Sarah Vine.

It’s the price she pays for marrying royalty it seems; never mind that she has not once yet put a foot out of place.

That hasn’t stopped Vine from laying into what she regards as a succession of style disasters and describing her as an incorrigible frump, as tasty as a wet scone, something that resembles a seventies sewing pattern and yes, a style kryptonite, whatever that is. It is the mystery of the cosmos how such a beautiful woman can make designer outfits look so frumpy,  she opined

For the life of me, I cannot see what she is on about. In each of the outfits chosen for derision, the Duchess looks slim, elegant, attractive and correct – enviable enough, but not too much so. What more could possibly be  demanded of her, I wondered?

Well to be more ‘tasty’, to demonstrate ‘in built chic’, to have something Sarah Vine has condemned her for not having – innate style, something Wallis Simpson had and the preposterously dark glasses-disguised Anna Wintour has. That’s what Princess Margaret had apparently too. They can keep it if that is the case. The Duchess’s choice of clothes for her public appearances demonstrates something far more important than style – substance, her innate good taste and sense.

I guess Kate is doomed to never win. She’ll be damned if she didn’t and damned if she did. You bet the knives would be out if she went for the daring, deliberately attention-seeking low cut outfits that her late mother-in-law sometimes favoured.

It simply is not her style nor in keeping with her modest and ‘well grounded’ character. She no more needs celebrity status than she seeks it – for which we should all be truly grateful.

If she chooses to button up to the neck what’s wrong with that? Who would rather not have restraint than Aintree excess? She doesn’t forget that she a mother of two, one of whom is a future king and that she is the consort of the heir to the throne – her less than extrovert husband. If her contemporaries think this woman in her mid thirties should trend up, or that it is wrong for her to dress in a classical style favoured by ladies in their 40s and 50s, they are the ones who should think again.

One person who I am sure appreciates her innate conservatism is her husband. For that is who her formal dress style is for – to fit in with the Firm – the very thing her mother-in-law failed to do.

Blaming her for erring on the side of caution is ridiculous. She knows that when the occasion arises she can let her hair down to be her sporty natural self. She should also know that in her t-shirts, jeans and sportswear – whether in her element on the hockey pitch or steering a boat – she looks unbeatably terrific and has it in spades.

Who’d swap this outgoing young woman for an “anorexic horse but… true thoroughbred when it comes to clothes” (Vine’s description not mine) like Alexa Chung or any other narcissistic style icon?

What Kate represents is far more important than style – it’s substance. She’s no celeb or fashion icon, nor should she try to be, but a young mum of two. Her children, her husband and her royal duties are her priority, not risking a fashion blunder for the media to pounce upon.

If she is still nervous in the spotlight, so what? It speaks to her innate normality and conservatism which, rather like the Queen’s outfits (remember how everyone used to say how dire they were) suit the part she plays to perfection.