Kathy Gyngell: Kay Burley is just another bossy feminist when it comes to the mythical gender pay gap 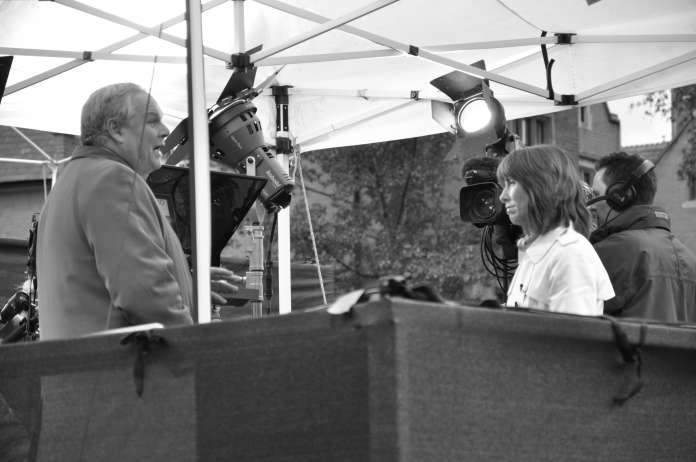 Kay Burley of Sky News is a terrific broadcaster and presenter and over the years I have only had admiration for her. She is a tough interviewer, she looks fantastic and her grooming, styling and clear diction are a lesson to every other aspiring TV front woman. BBC Breakfast ladies look and learn. You are drippy, sloppy in speech and unwatchable by comparison. Nothing fazes Kay; her constant energy is as inspiring as it’s infectious.  She is a true professional and deserves all the success she has enjoyed since her early days as a reporter on TV-am.

Her career success is a measure of her hard graft and talent. She not fronting Sky News because of a positive discrimination policy. That’s what made her comments on gender issues on Radio 4’s Broadcasting House  last Sunday as she reviewed the Sunday newspapers so disappointing and depressing. Sorry Kay.

David Cameron’s promise to introduce laws forcing companies, charities, hospitals, schools and universities to reveal, for the first time, the gap between men’s and women’s pay in his quest to end so-called wage inequality, had grabbed the Sunday headlines and stolen Labour’s clothes at one and the same time.

It was, all the papers dutifully reported, because: “Official figures suggest that men earn on average 19 per cent more than women” (although the Government says the gender pay gap has been “virtually eliminated” among full-time workers under the age of 40).

Senior government sources according to The Sunday Times  said that businesses, including banks, would be forced by law to publish information about bonuses because it had been claimed that men’s larger bonuses are kept secret.  So now there will be no hiding place; no stone will be left unturned, not if the PM at the head of the march against gender injustice, has his way.

Mr Cameron’s new ‘transparency’ rules were also trumpeted by the Mail on Sunday. Men get higher rewards, this report added,  because ‘experts’ fear that men trumpet their achievements. Dear me.

Forget that men work more years and longer hours on average than their female colleagues. That is something that cannot be mentioned. No, the message across the uncritical press was that men had better stop expecting any recognition of any greater skill or expertise derived from their longer labours.

Eat your heart out, Harriet.  For Dave’s well and truly stolen your thunder, is something they might have added.

But back to Broadcasting House and Kay’s unqualified endorsement of Dave’s interference. Her chosen story for the newspaper review – you have guessed it – was this, the front page of The Sunday Times: “Equal pay, that battle still rumbling on forty five years after the Act was introduced, after the Dagenham machinists went on strike demanding parity with their male colleagues,” Kay proclaimed in full dramatic mode, then adding with emphasis: “And frankly, why not?”

These might just as well have been the words issuing forth from her co-reviewer and old school feminist Clare Short. But it was Kay who carried on: “Forty five years later,” she said repeating the figure, “official figures are showing women are still earning on average 20 per cent less than their male colleagues…” Shock horror was her tone.

On average yes. But  Kay omitted to mention that the so-called pay gap has been eliminated for people under 40. She also failed to consider the shorter hours and fewer years women tend to be employed and their different aspirations. So this new interference in the efficient running of business will be an unmitigated good thing as far as Kay is concerned: “David Cameron had decided that he wants to introduce new laws publishing any disparity”, she said. “Great! What then? The TUC says they should be fined. That should be written into law!”

Predictably, there was no one on the BBC programme to point out that this type of authoritarian feminism has already sidelined men and will add even greater costs to businesses and to the state. There was, of course, no one to defend the right of companies to make independent judgments about the value of their staff,  nor to argue that such monitoring of them will neither improve their efficiency or make for their better running, as the gender parity army would have us fancifully believe.

Anyone foolish enough to believe the gender pay gap narrative, or indeed wants to enlighten others as to its mythical nature, should have this blog thrust in front of them.

I don’t know how else can we counter such levels of  indoctrination that even the best of our broadcasters have lost any sense of critical thinking about the matter.