Kathy Gyngell and Laura Perrins: Welcome to our first birthday party. Social conservatism is fighting back 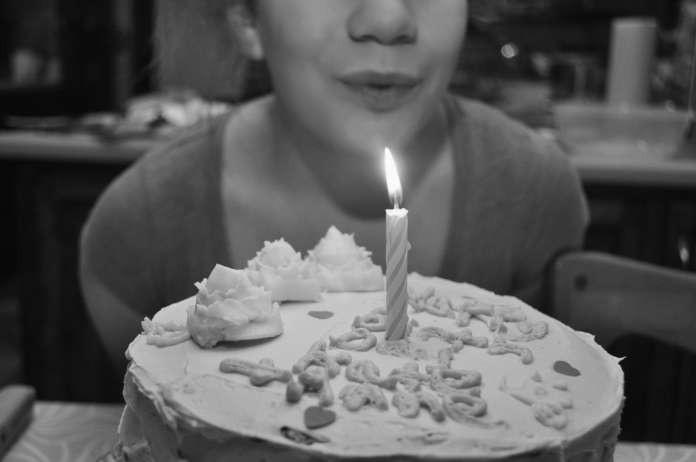 The Conservative Woman is one year old today. We have to say she has turned out a bonny girl.

We launched this site last March, choosing International Women’s Day (or Moaning Day as we call it), more in hope than expectation. Social conservatism is an endangered species in modern Britain. Fifty years of aggressive feminism, the virtual collapse of the Church and marriage, post-imperial guilt, the sexual revolution of the 1960s, and the resilience of the wooly anti-capitalism fashionable in metropolitan circles have conspired to undermine the institutions that made Britain great and erode the values that  sustain a free and civil society.

Ancient verities – that men and women are complementary not interchangeable, that small children need their mothers (and their fathers), that our civilisation is built upon the foundations of Judeo-Christian beliefs and teachings, that it is the duty of adults to pass on their wisdom and knowledge to the young, that there is dignity in all forms of work, that marriage is between a man and a woman, that personal advancement should be based on merit not group rights – have been eclipsed by shallow but rampant leftist liberalism.

TCW was born out of the hope that even though the liberal tide might not be turned, it might be possible to expose the damage it is doing. It was also born out a frustration that the mainstream media has been almost totally captured by the liberals. Once upon a time, the Daily Mail, the Daily Express, The Daily Telegraph, The Times and even The Sun could be relied upon to defend traditional values. But with the partial exception of the Mail and the Telegraph, that is not true today. These newspapers have largely succumbed to the progressive virus. And, as for the BBC, staffed as it is by the products of years of leftist brainwashing in schools and universities, it has set itself up as a kind of anti-Britain, slaving away to destroy the very truths that brought it into being in the first place and that have sustained it for nearly a century.

The political parties are like our once-great newspapers. Labour has been completely captured by the feminist hordes. No aspiring parliamentary candidate stands a prayer unless he or she (it’s usually she now) is fully signed up to Harriet Harman’s ghastly equalities creed that effectively rules that no judgements can ever be made about right and wrong. Aspiring Labour politicians must be unequivocally pro-abortion, they must support all and every kind of scientific meddling with the building blocks of life, they must approve every kind of lifestyle, they must be soft on drugs and soft on welfare (even though it costs £100 billion a year), they must understand criminals not punish them, they must actively celebrate gay marriage. To a man (and woman) they see education as a tool for equalising society not for educating it.

Last week, the Daily Mail led on a story headlined “Decline of the stay at home mother”, reporting that only one in 10 women aged 16-64 are economically inactive because they are looking after children or the home. This figure is down from 16 per cent some 20 years ago. But separate research from the Department for Education found that more than a third of working mothers would like to give up their jobs and stay at home with their children. The reason they don’t is financial pressure and a tax system that, under a Tory government, discriminates brutally against single-earner families, almost uniquely so in the advanced industrial world. Only wealthy women or those married to wealthy men enjoy the luxury of deciding whether or not to combine a job with domestic life.  Most women have no choice but madly to juggle work and family life.

No wonder that Britain is a world leader when it comes to family breakdown, single parenting and only children.

Feminine attributes, such as the talent for caring for young children and the elderly and infirm, home-making,  and voluntary work are accorded little respect and status.

Yet, all is not quite lost. TCW has proved quite a hit. Talking of hits, we have gone from under 1,000 people visiting the site every day in our first month to recording routinely 5,000 hits a day now. And the numbers are rising all the time. We are read inside the Westminster bubble – a “guilty secret” is how one young political insider privately described us – and, more importantly, outside the bubble.

We don’t aim to shock. But we do aim to expose the hypocrisy, stupidity and arrogance of the metropolitan liberal elite.

It has been gratifying to discover that we are not alone. Plenty of writers, many new to the public prints, are establishing themselves as distinct and incisive voices by publishing their views and knowledge on TCW. David Keighley, the scourge of the BBC, Chris McGovern, the hammer of sloppy teaching and inspecting, Jill Kirby, Holly Hamilton-Bleakley, Kimberly Ross, Leslie Loftis, Laura Keynes, Philippa Taylor, Belinda Brown, Tamara Chabe, Caroline Farrow, Louise Kirk, Mark Ellse, Rev Julian Mann, Andrew Cadman, Laurence Hodge, and Paul T Horgan are just some of those who have spoken out cogently and persuasively against the liberal orthodoxy.

Two blogs among the 1,000 we have published attracted huge readerships. One was  the Laura Perrins item on the “Sexodus”, the retreat by men from intimate relationships with women (certainly including the decline of marriage) under the impact of ultra third-wave feminists who trash masculinity yet glorify their own victimhood to claim special privileges they no longer need. The other was Kathy Gyngell’s denunciation of the way that militant feminists such as Harriet Harman and Guardian journalist and Labour luvvie Polly Toynbee have corroded Labour’s working class base. This Islingtonisation of Labour came vividly into focus when Emily Thornberry (Labour MP for Islington South!) ridiculed the honest patriotism of the white working class with her dismissive Tweet of the white van adorned with the Cross of St George during the Rochester and Strood by-election.

The seat was duly won by Ukip with Labour obliterated. We will see in the coming general election how kindly the traditional working class take to being patronised by their fastidious middle class feminist superiors.

There have been some amusing moments too, not least when Conservative Party HQ and Downing Street had to deny that The Conservative Woman, resplendent in Tory blue, had anything to do with the Conservative Party. Of course, we don’t, though it is a pity and a sign of the times that the opinions we advance –  once firmly in the Conservative mainstream – are so far at variance with official Conservative thinking. Harriet Harman also raised a laugh (a rare thing in her case) when she Tweeted a Laura Perrins diatribe against her pink bus, thinking that Laura was on her side.

We should also thank our readers for their pithy, sharp and well argued comments. Their contributions really enliven our site. Special mention should go to the likes of Nockian, Earthenware, LovemeIamALiberal, Groan,Mrs D Bliss, Jen The Blue, Vera, Colonel Mustard, Polly Radial, callingallcomets and, even Fabian Solutions. Their batty monikers raise a smile and although we don’t always agree with them – or they with us – they demonstrate that despite the best efforts of the PC brigade to stamp our debate, argument, and ultimately thought, modern Britain is not entirely comatose.

But our first year, in which we have published over one thousand blogs and attracted nearly one million hits by readers, is only a beginning. We intend to go on expanding, reaching more people who share our views but who are perhaps, sadly, too afraid to express them for fear of offending the cultural commissars who patrol just about every walk of life and who exert an iron grip over the cowed and feeble public sector.

Our appeal is simple. If you want to join us, please post a comment or – even better – contact us at info@conservativewoman.co.uk and write about your take on what is wrong with modern Britain and how we can put it right.

Biog: Kathy Gyngell and Laura Perrins are Co-editors of The Conservative Woman. Laura and Belinda Brown are doing interviews on BBC , Sky and London Live today in connection with International Women’s Day