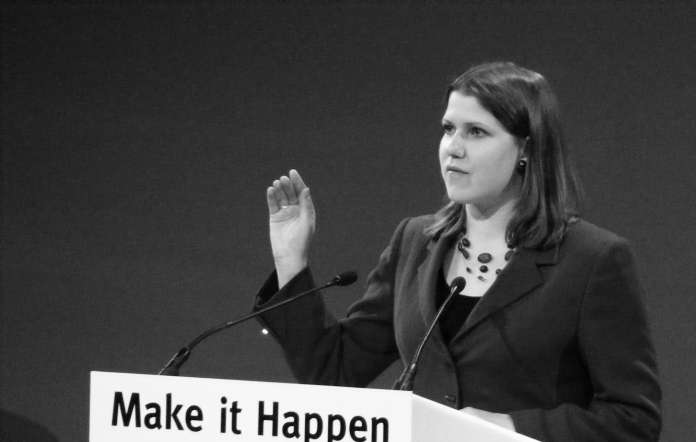 The right-on Jo Swinson, a Lib Dem MP and the Coalition’s Employment Relations and Junior Equalities Minister, won’t have endeared herself to Britain’s bosses. My guess is that this one-time parliamentary ‘baby of the House’ will have infuriated them.

In her wisdom, she has managed to accuse the very men (and women) who’ve led the country to economic recovery (keeping the working population in employment and off the breadline all the while) of being dinosaurs.

Not exactly diplomatic you might think, and you’d be right.

What crime have they committed to be so branded?

Well, they have had the temerity to answer a survey honestly.  Five hundred managers were interviewed by law firm Slater and Gordon about their attitudes to employing people. A third of them said they would rather employ a man in his 20s or 30s over a woman of the same age for fear of maternity leave. More than 40 per cent admitted they are generally wary of hiring a woman of childbearing age, while a similar number would be reluctant to take on a mother for a senior role.

The cost of maternity leave is too high they explained, and they found that women weren’t as good at their jobs when they returned to work.

No surprise there to most people – at least to those who live in the real  world.

But Ms Swinson, who takes pains to explain to all and sundry that she is no token women and that she is against positive discrimination on gender grounds, seized the opportunity to wade in and display her oh-so-correct feminist credentials.

“Pregnancy discrimination is illegal, immoral and completely unacceptable”, she hectored them on their politically incorrect attitudes. In any event, she went on, very pleased with herself, the introduction of shared parental leave from April will put a stop to it when men as well as women will be encouraged to take time off to look after their new baby. ’This’ she said ‘will help to stamp out outdated stereotypes about who should do what, and let parents get on with making their own decisions about how they manage work and family life.’

So no listening and learning exercise for this self-satisfied young lady.

I do not know whether she has herself ever tried running a successful and profitable company under the oppressive burden of current employment and equalities laws.

But it does not seem to have occurred to this naive Minister for Employment that there would be no employment if  companies in the private sector were run entirely for the benefit of their workers and according to the letter of official diktats.

I do not know whether she is aware of the extent to which ‘producer capture’ has crippled the public sector  – services run in the interests of the staff not of patients and parents – and the country? Despite a ‘management’ degree from LSE, it would seem she is not.

Nor do I know whether Ms Swinson knows anyone who runs a small business. They could tell her how financially crippling repeated maternity leave can be; how women managers can be at the receiving end too, when they find they’ve employed a new secretary only for her to announce her pregnancy a month later; how female managers have to struggle through successive temps at huge cost, covering for years of another woman’s repeat pregnancies, maternity leave and constant time off,  plus their lack of focus when their babies are sick or nannies have walked out .

For women dedicated to their careers with no children, covering for other women’s family responsibilities and being regarded as hard- hearted, unless each and every ‘family’ demand is given precedence, is particularly galling.

But I doubt whether Jo Swinson has spared such dinosaur managers a thought. Her head appears to be stuck firmly in the sand, like Frances O’Grady’s, the TUC chief.  Employers, she says, are missing out on many of the country’s brightest young workers as a result of this prejudice.  They may be – but they’d miss out far less if they were freed from their punitive pregnancy and maternity obligations.

The employer is prohibited from taking into consideration the fact that men and women have different attitudes to career and family. This is deemed to be maternity and pregnancy discrimination, which is a crime.

Instead, bosses must learn to believe in the feminist mantra that family-friendly policies make companies profitable – “the workplace is changing; and flexibility that works round women with families can be win-win for everyone” – though it is a myth.  And only the largest companies can begin to afford it.

That’s what Swinson and her fellow zealots need to open up their indoctrinated minds to. They could start by reading Catherine Hakim’s Feminist Myths and Magic Medicine published by the Centre for Policy Studies. I am not holding my breath they will.