Kathy Gyngell: Lib Dems back pot just as evidence against it mounts 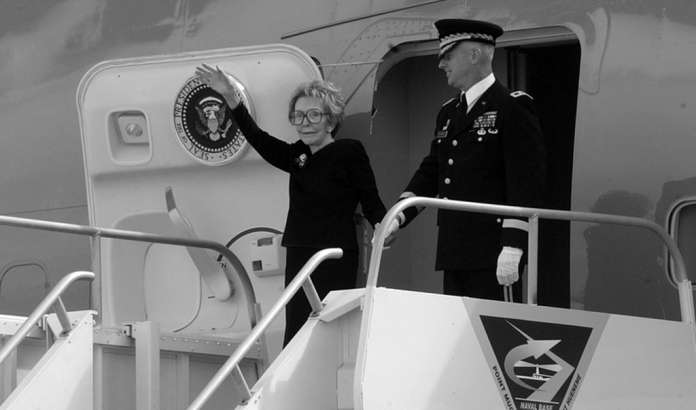 The Lib Dems’ call for cannabis legalisation last weekend was a sure sign of their desperation.

This sad runt of a political party knows it’s the only way it can make the headlines. Now, in addition to losing most of its MPs, it seems to be losing its shame too.

Party members don’t seem to mind that Nick Clegg is giving the US investment fund pushing the Bob Marley brand of cannabis (Brand Marley Natural) the benefit of his advice and position. The late but not lamented former Lib Dem leader is reported to be busy helping these cannabis entrepreneurs find ways to set up shop round the world, starting in the UK. Cannabis legalisation is inevitable they claim, so why not?

Consistent as ever the Lib Dems have no qualms about their role in making this capitalist dream come true.

In the spirit of co-operation with “Privateer Holdings” they backed an ‘independent’ report commissioned by themselves of course, to set out just how they can make this happen over this side of the pond.

They propose licensed shops selling cannabis (in plain packaging with health warnings in case you were worried) a sort of cannabis off licence, I assume. Second, as a concession to the hard up or to those too paranoid to leave their homes, they’d allow ‘householders to legally cultivate marijuana and harvest the drug for their personal consumption’. Not for their friends mind, or their children. How they’d manage to regulate this ‘domestic’ consumption and trade is anyone’s guess. Will their kids be allowed to water the plants for pocket money or in return for a sachet? Umm.

If you think I am being over dramatic, not so. Just days after the Lib Dems’ regulatory tome was published, the case of Clayton Williams, the teenager accused of using a stolen vehicle as a ‘weapon’ to murder a policeman, came to court. During the proceedings it transpired he had been using cannabis since the age of six.

He’d bought drugs – a habit that cost him £100 a day – and had smoked a ‘spliff’ just before stealing a pick-up truck in which he went on to mow down and kill PC Dave Phillips.

The drugs may have slowed his reactions he claimed in mitigation. Indeed, and done a lot of other damage too.

A day later and another case reported (Daily Mail March 16th). This time it was a mother prosecuted for killing her own daughter and her son’s teenage girlfriend in a drug-driving crash. The reason for her carelessness, which caused the crash, was the cannabis she’d taken at her baby nephew’s birthday party shortly before setting off. Need I say more?

The judge, in yet another case heard this week (at Leicester Crown Court) concerning a 23-year-old son’s knife attack on his mother, concluded that: “Cannabis seems to be an explanation for his behaviour”. The mother concurred saying the drug had made her son completely different. Quite so.

This judge also took the opportunity to remark this was something the Lib Dems did not seem to understand – the basic fact that cannabis scrambles brains.

Rather than heeding this expert’s wisdom, the Lib Dems then threw a hissy fit and threatened to complain – the judge had been unfair, unjust, unscientific and unpartisan, their spokesman huffed and puffed.

Well, if there is one certainty in life, it is the ability of the Lib Dems to get it wrong – wrong on timing and wrong in this case on health.

For this week the latest World Health report on children’s health was also published.

Scientific evidence proves that cannabis is a dangerous and harmful substance, especially for children and young people who use it regularly (7). Cannabis use is a risk factor for mental disorders and may trigger psychosis (particularly among those who are prone) (8). Early onset and heavy and accelerating use are related to problems such as impairment in brain development, low height and weight, anxiety attacks, short-term memory loss and other cognitive disorders (9), deteriorating school performance and dropout (10), risk-taking, aggression and delinquency (11), depression and anxiety (11), and the development of the so-called lack-of-motivation syndrome (12).

Given this type of official evidence, you might expect a Lib Dem health spokesman to be showing some concern, especially since:

But not Mr Norman Lamb MP (health spokesman). He just continues to parrot the old bunkum to justify their policy: “The war on drugs has been a catastrophic failure. We give billions of pounds every year to organised crime. When people buy cannabis from criminals, they have no idea what they are buying”.

I think they do, Mr Lamb.

I am sure he does not mean ill. But his idea – that it is the law that makes drugs illegal that is dangerous and bad, not the drugs themselves – is misguided to a degree.

That unsung heroine of drugs awareness and education, America’s First Lady (1981 -89) Nancy Reagan, who died couple of days before their report, knew better. Her much derided ‘Just Say No’ campaign, which she tirelessly took across America, does not look so funny now – not given the drugs epidemic America is experiencing today. As a result of her clear headed determination and simple message, American school children’s drug use then dropped  dramatically – among 12 to 17 year olds from nearly 20 per cent (1974) down to 10 per cent (1991).

Of course the liberalisers belittled her campaign and still refuse to acknowledge its effectiveness.

Today, they similarly refuse to acknowledge the relationship between sharply rising rates of  recreational marijuana use (teen and adult) and the changing legal status of cannabis in the US.

This rise in drugs use is the real achievement of the coordinated international effort to disband the world’s anti-drug laws – one with which the Lib Dems have now aligned themselves.

It betrays their naivety and their susceptibility. Of course the ‘legalisation’ fix plays to the great and the not so good amongst all liberals who’ve not wanted their own pot-puffing children to get criminal records or who perhaps can’t face their own role in their children’s later ‘mental health’ problems.

Legalisation, and the myths it rests on,  protects their reputations. It also protects them from these more difficult truths.

The simple fact is that a ‘Just Say No’ form of parenting might well have protected their children, to say nothing of others’ lives damaged by this drug, not least that of PC Dave Phillips, in his case from an untimely death at the hand of a young cannabis addict.