NewsPaperthe art of publishing
HomeNewsKathy Gyngell: Maggie wasn't the first to wield the handbag of power....
0

Kathy Gyngell: Maggie wasn’t the first to wield the handbag of power. It started in Iraq in the 13th Century 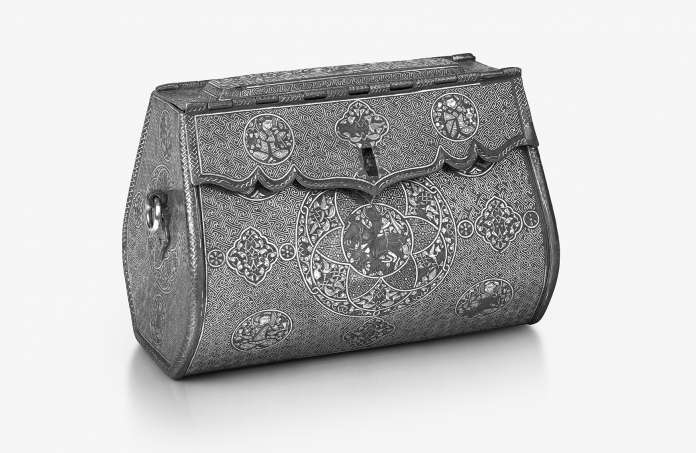 Mrs Thatcher’s handbag came to be associated both with her personal style and her political power.

The permanent presence of a rigid black bag reflected her steely resolve, whether waging war to save the Falklands or rescuing the country from the stranglehold of Arthur Scargill’s National Union of Mineworkers.

But for her attachment to her Bellini and Adagio handbags made by Launer of London, the phrase ‘handbagging’ may never have been coined.

Mrs Thatcher’s relationship with this British brand – also favoured by the Queen – only began when the company’s chief executive gave her one of his bags as a present.

He sent it to her with a newspaper cartoon showing her hitting Argentina with her handbag. (Who said she didn’t have a sense of humour?). It made its mark.

From thereon Mrs Thatcher never looked back; through the 1980s and 90s she made two Launer purchases yearly.

All were in the very simple structured style, in black or nude tones, that Sam Launer had brought with him when he originally arrived in England from his native Czechoslovakia.

This concept has remained with his company to this day; handbags and leather goods should be elegant, be handmade from the best materials – the softest calf, exotic lizard, and ostrich skin, with every attention paid to detail.

No wonder they are understated, elegant and classic. They are made with pride by highly skilled British craftspeople using traditional skills,  designed to give years of service and pleasure.

The gold-plated fittings featuring the Launer rope emblem give them the perfect finishing touch.

But Sam Launer was by no means the first to think about the craft involved in the making of a beautiful handbag.

In fact he followed in a longer tradition than he could have imagined. Nor was Mrs Thatcher the first political personage to understand how a handbag could and would define her power as well as her style.

All the way back to the thirteenth century in Mosul in Northern Iraq, we now know there were craftsmen and perhaps a young princess with much the same idea.

A handbag, even more exotically crafted than those in Mrs Thatcher’s collection, is currently on display at the Courtauld Gallery.  It is a ‘must be seen’ object, it is so exquisite and exudes so much power.

The irony is that it sat in the Gallery for years unrecognized for what it really was. Not until a recent restoration has it been revealed to  be far more than the saddlebag it was originally assumed when bequeathed many years ago.

Its restoration has exposed not just a lady’s bag  but one made for a lady or princess in the courtly circles of the Mongol Il-Khanid dynasty (established in west Asia by Chinggis Khan’s grandson, Hülegü).

It is a unique brass bag inlaid with gold and silver, of superb craftsmanship and imagery, which suggests it was made in Mosul in Northern Iraq sometime after 1300.  Mosul was the centre of the inlaid brass industry which fell to the Mongols in 1262.

The bag is decorated with a courtly scene; its detail shows a couple surrounded by their retinue of courtiers as well as by musicians, hunters and revelers.

Its metal, if not its imagery, I have no doubt would have pleased Mrs. Thatcher.  Sadly she is not here to admire the forerunner of her trademark power bag.

However the rest of us can and should go to ponder this spectacular forbear of the ultimate female accessory and style definer.

It is not just one of the finest pieces of Islamic inlaid metalwork in existence – it is history’s oldest handbag.

Court and Craft: A Masterpiece from Northern Iraq, showing at the Courtauld Gallery is until May 18th 2014

Share
Facebook
Twitter
WhatsApp
Email
Previous articleLaura Perrins: Empty nests. Our children flee the home far too young
Next articleTCW: Out of the mouths of babes. Why we shun after-school clubs