Kathy Gyngell: May should scrap the historical sexual abuse inquiry 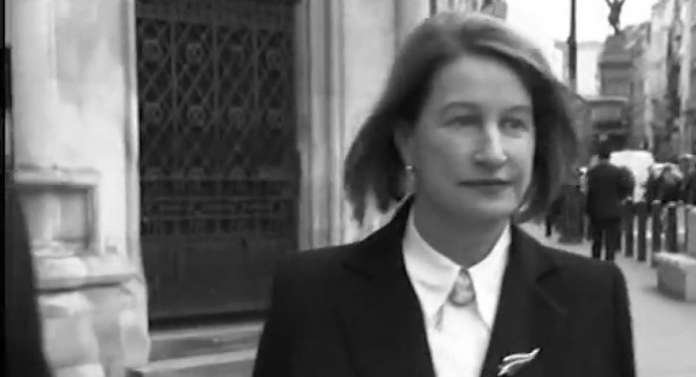 Is British society in the throes of a mass sexual hysteria?

The latest news to confront us is that we have all been subject to sexual abuse in our childhoods. We are all ‘victims and survivors’ now.

I exaggerate, but still the new received wisdom is that half a million women were victims of rape or attempted rape when they were children – and a staggering one in ten women claim to have suffered child sex abuse, when other types of ‘sexual assault’ (for example, unwanted touching or indecent exposure) are brought into the rubric. More than 330,000 women and men claim this happened before they were even nine years old.

How do we know this? Well, for the first time in its history, the British Crime Survey decided to include a question on historical abuse and the Office for National Statistics has totted up the numbers.

Releasing the results at the same time as Dame Lowell Goddard’s abrupt resignation from the public inquiry into child sexual abuse gave them an additional resonance.

You’d be forgiven for believing these numbers confirmed our worst fears that child sexual abuse was now the key or defining characteristic of British culture.

Taking them at face value, these figures tell me that when I started at my girls’ grammar school back in the 1960s, I would have had a least three classmates who had already been sexually abused, if not raped. Since middle class professionals were more likely, the ONS explained, to report such assault, then, at my meritocratic school, there were probably even more – ‘a victim’ on every row. In fact, come to think of it, I was one of them, if seeing some weirdo expose himself once when I was a child – which I did but had completely forgotten since it had such limited impact on me – counts me into the grand statistic.

I hope I am neither in denial nor viewing my school years through a rose-tinted haze, but are these figures not more indicative of our current collective obsession with searching out victims, finding culprits and creating a media sex abuse drama? Why, but for the febrile atmosphere created by the Savile Inquiry and followed by a series of legally unproven and well as proven cases, ask the question at all?

The police, the media and politicians have all seemed unable to resist climbing aboard the sex abuse bandwagon. Eagerness to find or publicise potential culprits has trumped truth and due process. The BBC pilloried Cliff Richard while police zeal to expose VIP sex offenders led them to abandon all normal rules of objectivity and impartiality.

A desperate desire to ‘believe’ complainants (on the part of politicians too) appears to have overridden their duty to investigate cases properly aided by an insatiable media’s appetite for ‘victims’’ accounts.

And now we find in our midst a new social category of ‘victims’ and ‘survivors’ (loaded terms that are to be respected whether or not their claims have been properly scrutinised).

“Today, being an abuse survivor has become a cultural identity all of its own. ‘Survivors’, a term applied even to people who have made unproven historical allegations against people who will never be able to defend themselves, hold great sway over major public institutions”, writes Luke Gittos. “The problem today is that we seem to venerate sexual-abuse complainants, as though the act of making an allegation is, in and of itself, a societal good”. He is right.

What is more we feed the frenzy – we continue to encourage fantasies – despite the knowledge that false memories can be inspired by police interviews.

Scepticism plays no part in the standard professional psychologist response. This is that there is always more abuse to find – that ‘we as a society are not acknowledging these levels of sex abuse’. Yet put the British Crime Survey question and answers under the microscope and it not so clear as to what exactly is being found. The ‘abuse’ it turns out is by no means all sexual, let alone rape. About half refers to more generalised psychological abuse or the witnessing of it.

But rather than defusing the drama, charities like the NSPCC seem positively to relish any ‘confirmation’ that so many adults were abused as children.

And so the panic to prove it  grows – as evidenced in the case of Cliff Richard and by Operation Midland – posing much the more serious threat to justice.

The parallel with the Salem witch trials and the mass hysteria they engendered is compelling. Arthur Miller’s play The Crucible shows how this frightening spiral led to the wrongful accusation and hanging of dozens of Salem citizens. We have not got that far, but we not that far off and the continuation of Mrs May’s ill-conceived child sex abuse inquiry can only encourage more adulation of victimhood and hysteria and irrationality.

Collective hysteria is too easily exploitable – whether as a tool for self-interest, political or personal advancement or just public vengeance.

Justice would be better served by prioritising and prosecuting all cases where there are known and genuine victims of sexual crimes. That is where resources should be directed, not to the financing of a public circus of competing victim groups, fantasies and hysterias. Mrs May should take advantage of Dame Lowell Goddard’s ineptitude and close the show down now.