Kathy Gyngell: May wins her spurs and exposes BBC bias over Trump visit 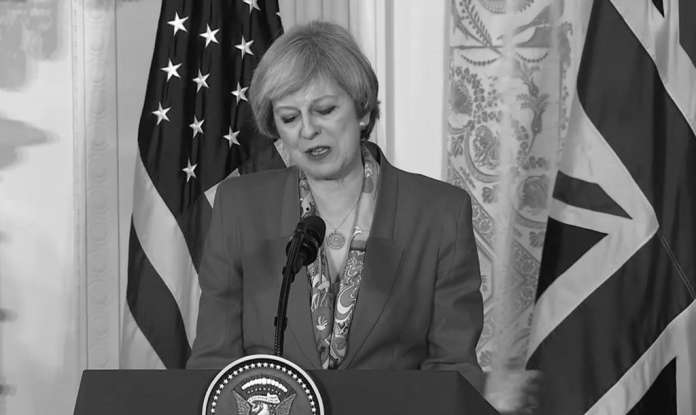 So now we know what we’ve suspected all along:  that the teeming angry masses protesting against Trump’s state visit – on the streets of London, Oxford and Cambridge – that the BBC has been so busy bigging up, are in the minority. They do not represent British public opinion.

Despite the huge platform given to anti-Trump opinion by the BBC (as though London, Oxford and Cambridge were Great Britain), despite the hysteria they have helped whip up amongst ‘the masses’, despite much of our mainstream media’s hype and condemnation of the two-week-old reign of the American President, despite all that righteous anger, the first polling on Trump’s state visit (YouGov for The Times) shows far more people support it than oppose it – 49 per cent to 36 per cent!

Will the BBC factor this into their coverage now? Will their various over-eager reporters and presenters be told to pause before they side with demonstrators they are so clearly in sympathy with?  Will the BBC’s editor-in-chief now be sending out a staff memo reminding them that the volume of protests is not the same as so-called public opinion, that being left liberal London centric does not count as being impartial?  I am not holding my breath.

Whether Mr Harding does or not, Theresa May and her advisers should take heart and congratulate themselves that in face of fatigue and pressure, she kept her cool. In spite of the massive petition against it and the stoked up furore – aided shamefully by senior Tories who should have known better and who could not wait to express their distaste of Trump, and worst of all, even by her muddle-headed and self-important Home Secretary, Amber Rudd – and in spite of the well publicised and hyped demonstrations within the last 48 hours, this new UK polling showed our PM has called it right. It is very good news for her. She stuck to her guns under a lot of pressure and bullying. Mrs May is proving to be a woman of mettle.

She has shown her quality yet again this afternoon, brilliantly slapping Mr Corbyn down in a fierce exchange at PMQs: “He can lead a protest. I am leading the country”. Touché.

So hats off to the PM, whether she agrees with Trump’s executive order or not. The reported appointment of the very sound James Slack of the Daily Mail to her team can only strengthen her arm.