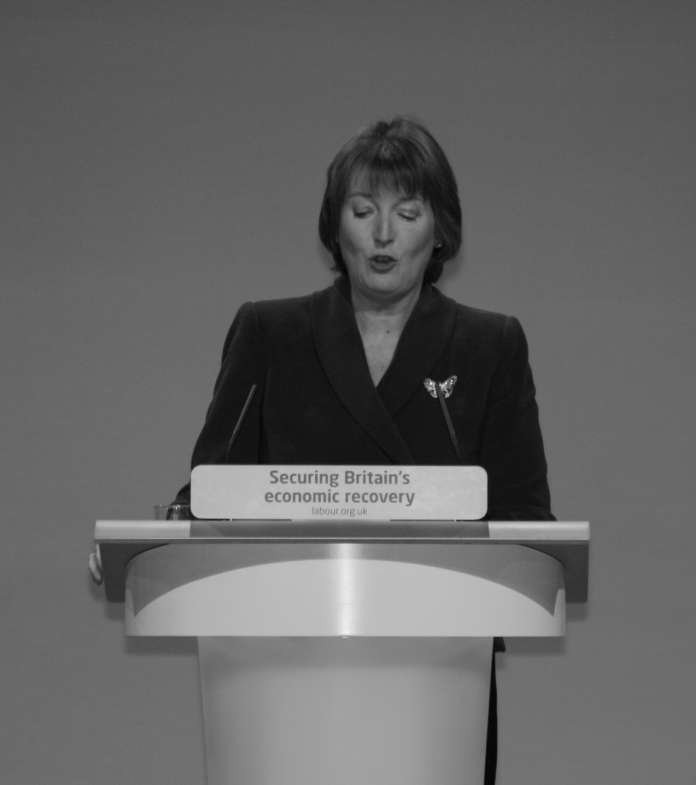 “You don’t declare the result before the final whistle”,  Ed said yesterday, as Labour continued to plummet down the polls in Rochester.

He doesn’t get it. Nor let it be said do the rest of his shadow team doing their 11th hour rally around Planet Ed – from Chuka Umunna to Andy Burnham.

They seem to have no clue why this by-election is a no hoper or why their party is on the rocks. As fully paid up ‘T shirt’ feminists they are incapable of facing the fact they have fielded a doomed candidate;  that if they’d set out to pick the last candidate in the world to win it, they could not have done better.

Twenty-seven-year old ‘PR consultant and keen kickboxer’, Naushabah Khan’s tick box credentials might  win her a  job at the Labour Party’s  PC HQ at One Brewer Street,  but never the votes she needs to win a seat in Parliament.

To think that her  ‘equality’ creds of gender, diversity and youth, could be a match for  that bloke of all blokes, Mark Reckless.  Some cynic at Labour HQ must have been having a laugh. But I fear not.  Humour, never exactly Labour’s strong point, went out when feminism came in and the equality police took over.

Ms Khan’s selection says everything you need to know about how out of touch Labour is with its political base.

It’s not her fault, nor those earnest party apparatchiks who have set her up for a terrible fall.

They cannot be blamed for the party’s descent into political vacuity. Neither in fact can Ed, Andy or Chuka – all victims of Labour’s transformation from a socialist party into a feminised one that I blogged about earlier this week.

They did not impose the doctrines that have blinded others, who should – and could – have known better, to the nature of the betrayal they were perpetrating on the people they purported to represent.

So who is then guilty of creating this pathology of mind in which a  ‘group think’  blocks out all reason and becomes the imperative?

Who has systematically and step by step turned it into law and branded any naysayers as misogynist, chauvinist, racist or sexist at one and the same time?

Who is guilty of driving a feminist revolution contingent on the destruction of the family and the demonisation of men –  at the expense of promoting genuine social justice and liberty?

They can be named and it is high time they were.

Step forward one journalist, two politicians and one broadcaster. All women.

First Polly Toynbee, the rather cross descendent of Labour intellectuals, ‘queen’ of The Guardian and former BBC social affairs commentator.  This women  presents herself as the champion of the poor but is the theoretician of the feminist ideology that has impoverished them.

The  revolution is still unfinished, she wrote  a few years ago. Women must still free themselves from male shackles.  Though feminism has caused a soaring divorce and lone parent rate (she happily admits)  this destruction of the family is an inevitable feature of the ongoing revolution.  Her words sound straight from Engels.

“The very notion that women, that mothers, can be equal in everything reaches down into the heart of family life and questions everything… Women walked away from bad men. Bad said: “If you want equality, then I can abandon my family responsibilities and pay no maintenance.”

“..Women’s attitudes changed fast, but men’s only slightly, and society has done too little to accommodate this great eruption … for mothers alone to be breadwinners.”

Sadly it has done rather a lot.

Second, step up  Patricia Hewitt, another child of privilege ( her father Sir Lennox Hewitt was a leading Australian civil servant and later Chairman of Qantas). As press secretary to Neil Kinnock, she is the key to the “modernisation” and feminisation of the Labour Party.

As Minister for Women and Equality as well as Secretary of State for Trade and industry, she was able to put her feminist theories into action.

Sunday Times columnist Rod Liddle accused her of believing  the Sex Discrimination Act, she was responsible for,  “was intended to be of benefit only to women” rather than “maltreated job applicants…foolish enough to be born with a penis”.

Like Toynbee she demonised men, asking, “whether we can trust men with children”, cautioning about  “not leaving men on their own with groups of children”.

As a minister she went on the record as saying it required less intelligence and education to raise children than to be employed.  Her 2003 Women and Equality Unit report also stated that there was a “real problem” with mothers who stayed at home to bring up their children.

The third to be named is Harriet Harman, another well-heeled member of the Labour aristocracy,  an ultra-feminist gender warrior (trapped in a student radical time-warp as described by Melanie Phillips ) and an MP since 1982.

Her 1990 IPPR report “The Family Way” co-authored with Patricia Hewitt underlined her anti-man credentials: “ It cannot be assumed that men are bound to be an asset to family life or that the presence of fathers in families is necessarily a means to social cohesion” .

As Secretary of State for Social Security (1997) given the task, with Frank Field, of reforming the Welfare State, she killed off any chance of his thinking the unthinkable. The rights of single mums and lone parents – that feminist untouchable – must be protected at all costs – whatever the cost.

In 2008 she told Civitas that there was “no ideal type of household in which to bring up children”. Break that rule and the feminist construct collapses.

In her book women are by definition victims.  “We will not allow women to become the victims of this recession”, although, as ONS rebuked her, men were losing their jobs at twice the rate.

Then there is her Orwellian equality agenda – not just sinister  but unhinged says Melanie Phillips.  Now entrenched in law this blueprint for imposing ‘equality’ through every arm of government means employers have the right to reverse discrimination at the expense of males, primarily white ones.

This is the Marxist feminist ideology that Ed and his political mates are fully signed up to and are in the thrall to. No wonder they have lost touch.

Finally, step forward  Jenni Murray  whose Woman’s Hour gives these radical feminist politicians  access to the airwaves and an uncritical platform for their views.

This long-term critic of marriage (which she once described as “legalised prostitution”)  has made Woman’s Hour, of which she’s been presenter since 1987,  ‘Wimmins’ Hour.’

The sex war is never won on Wimmins’ Hour.  With each new wave of feminism, with each new frontier  you can be sure Jenni is there to empathise with the latest brand of victimhood or political corrrectness.

From the joys of Fawett Society feminism through Laura Bates’s Everyday Feminism Project to FEM magazine feminism  (it is more dangerous to be a woman than a soldier; equality is an illusion, and young men must be feminist too) Jenni keeps stoking those flames.

Yes, these are the guilty women most to blame for Labour’s implosion. These are the ‘she’s’ who call the shots; the dictators of correct thought and the new social order that puts up a ‘correct’ candidate against a UKIP bloke – and can’t understand why said candidate crashes and burns.

Share
Facebook
Twitter
WhatsApp
Email
Previous articleChris McGovern: Don’t hold your breath. Despite Theresa May, the Tories won’t revive grammar schools
Next articleLaura Perrins: Girl pursues boy across the Atlantic. Doesn’t she realise she has broken all the Rules?