Kathy Gyngell: Mild-mannered Mr Hunt should get tough with these self-righteous striking doctors 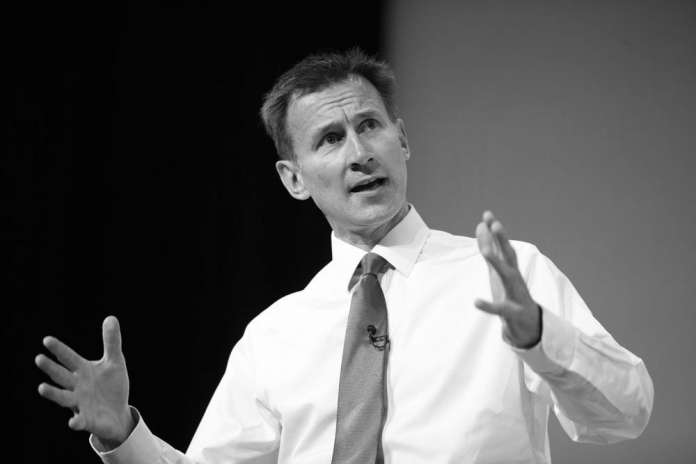 So, the NHS managed yesterday. In fact it was an excellent time to be sick as patients (presumably those without life-threatening illness) stayed away, consultants took over and saw the remaining patients straight away. To everyone’s delight, it seems.

After all who’d chose to go via a lippy, arrogant, immature and inexperienced junior doctor if you can see the head honcho with 15 years and more experience behind him straight away?

So what if these consultants found themselves getting back to basics – putting in catheters instead of doing complex neurosurgery for a day. No bad thing to get this revision lesson in patient care and they didn’t seem to mind too much – glad to have the juniors out from under their feet.

Dr Kane, for example, spent her day doing on-call work normally done by juniors – seeing and assessing patients as they arrived through the accident and emergency ward. She seemed pretty upbeat about it:

“Normally junior doctors would see patients first and then we [consultants] would review them within 12 hours and make sure we agree with the plan for them,” she said. “So it just cuts out that step…..

If you’re very sick and you come into hospital you will be seen exclusively by consultants, the top specialists. So I’d have no problem with my family being admitted to hospital.”

Perhaps junior doctors are not quite as vital as they’d like to think they are – perhaps too much of their time is wasted on unnecessary patient processing? I only ask the question. More to the point perhaps it is time they learnt they are not quite so important as they think they are and that there are serious penalties to holding patient care to ransom.

Perhaps it is time that Jeremy Hunt got a whole lot tougher.

This mild-mannered man who could not have been more generous with the junior doctors is already the new hate figure of the Left. What is there to lose? He says it will be his last big job in politics.

It is not he who has been unspeakable, it is the BMA as commentator Leo McKinstry has pointed out.

In fact he’s a hero for standing up to the BMA’s bullies and its over-entitled junior members “…suffused with victimhood (and who) act like oppressed members of the proletariat”.

Hunt has been vilified as the enemy of the NHS, as a Nazi and a potential killer, McKinstry says: “Alongside these savage personal insults there has also been the persistent complaint that he has somehow ‘mishandled’ the dispute. It is a refrain that is heard not just from Labour politicians and left-wing commentators, but even, privately, from some of his own MPs and fellow ministers.”

So he might as well show them what tough really means.

He could start by telling striking doctors that holding patients to ransom is contrary to the Hippocratic Oath and therefore to the terms of their contract and invokes termination of pay and contract – in fact New Zealand is quite welcome to those who do this.

Likewise, any junior doctor who refuses his contract after completing a specialist 6-year training programme should have his pay docked until his fees are paid back or face the sack.

Finally, he could threaten emergency legislation in the name of patient ‘safety’ to put all this into a brand new NHS settlement, including the condition that junior doctors must work post qualification for at least 5/10 years or pay the bill for their £600,000 training back in full  to the taxpayer.

If the British public really wants an NHS, then they – and the NHS management – better get behind this and with the Government stand up to the BMA.

And on the subject of the less than supportive and over-paid NHS management, they should be told to put a sock in it – starting with Sir David Nicholson (head of the NHS England till 2014) who stuck his oar in yesterday to further undermine the beleaguered Mr Hunt. This is the man of no shame who presided over the worst hospital scandal ever but refused to resign, only later to retire with his £2 million pension pot.

If the mild-mannered Jeremy managed half of this, he’d go out in a blaze of glory that no one would forget.

Share
Facebook
Twitter
WhatsApp
Email
Previous articleLefty Lunacy of the Day: Doctors should realise this strike is no laughing matter
Next articleKen MacIntosh: IDS was right to try to get the sick and disabled into work