NewsPaperthe art of publishing
HomeKathy GyngellKathy Gyngell: Mrs Thatcher is no feminist icon but a hero to...
2

Kathy Gyngell: Mrs Thatcher is no feminist icon but a hero to social conservatives everywhere 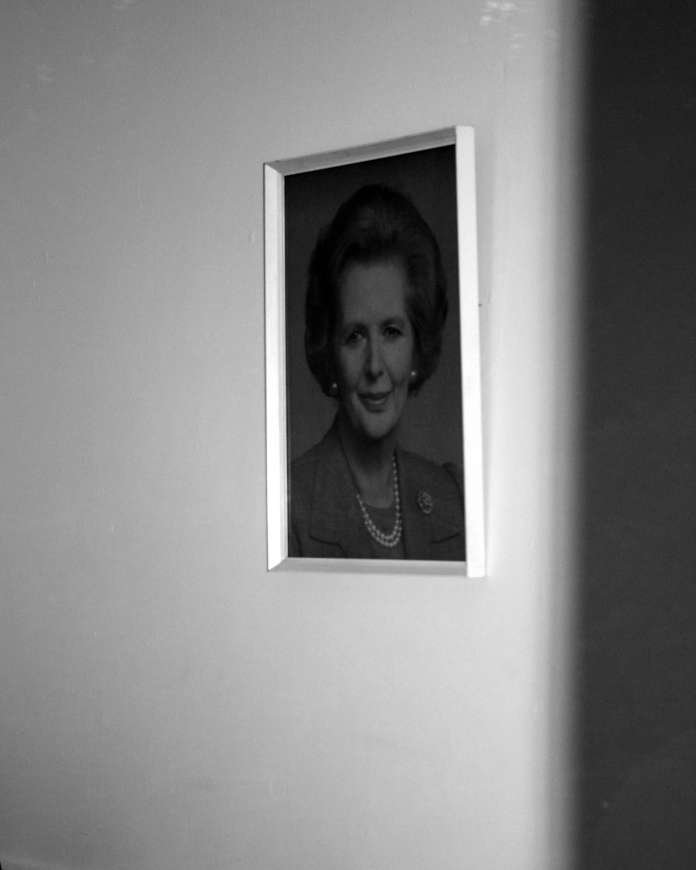 It is sad irony that in that time she has not become an icon for women – and that the  reason she hasn’t is because she brought femininity and womanliness to politics rather than feminism.

Yet today’s grievance-ridden female politicians, by contrast, will never achieve her presence, status or authority. They have hamstrung themselves, the men around them and society in general,  with their isms.

Mrs Thatcher’s womanhood strengthened the nation. Their feminism and feminisation has weakened it

I first met Britain’s Iron Lady, as she was by then known, some nine years after she became Prime Minister at a Downing Street reception – well after she’d established her international reputation and authority and had become a figure of force on the world statge.

The reason for the invitation was, I suspect, an acknowledgement of my late husband’s taking on and defeating  the TV technicians’ unions

He had just returned to work after a heart attack brought on by running the station on a skeleton staff and a regime of 18 hours a day 7 a week.  He was back crossing  of the hundred-strong union picket line on a daily basis.

Mrs Thatcher sought us out in the throng. “How are you”, she urgently and concernedly greeted him. It was a mother and a wife asking him, as much as politician.

Her femininity at that moment was  paramount. A man would not, not could, have asked the question as she did. Not that it made her presence any the less forceful.

My husband was momentarily lost for words. He looked at me desperately. “I just loved your outfits when you went to Russia. You looked quite wonderful,” I heard the words come out of my mouth,  “who designed them?”.

“My dear”, she beamed, “Aquascutum!” “Did you like them?” I did indeed, I said, as though I was talking to an affectionate aunt.

This was just the first of a number of times I met Mrs Thatcher. She was ever impressive to listen to. As well as her unusual political clarity (she was not an ideologue but a principled pragmatist in my view) her manners were impeccable – she was attentive to those around and she herself listened.

I’ve no doubt she overcame very considerable  male prejudice along the way in her political career, as the film The Iron Lady dramatised.

She did not turn into a feminist though.  Instead she walked tall. She neither complained nor exploited the ‘victimhood’ of her sex to realise her ambitions and aims.  She just got on with it. Everything she proved was achievable on the basis of merit,  determination, and  the power of a positive personality. A lesson all girls should be taught today.

This is why Mrs Thatcher representing, as she does, such determination and strength is the social conservative’s ultimate female role model. She asked no favours. She accepted it was a matter of choice – her choice. She knew, at least later, what this meant in terms of family sacrifice.

Nor did  her fearlessness – for which she is quite rightly revered –  make her insensitive or lack compassion or humility.  The idea that she aped men or tried to be one, as Hilary Mantel has asserted, could not be further from the truth.

One insight into her character and compassion is that Mrs Thatcher never forgot ‘the widows’. She was concerned about and maintained contact with the widows of her male political colleagues such as Airey Neave who had helped her.

She was and remained a very thoughtful woman, albeit one with steely values. “Do as you would be done by”, she told me one evening. She did.

Today’s women politicians, with their isms, complaints and grievances, are but a sad and mean imitation of the female political strength she displayed.