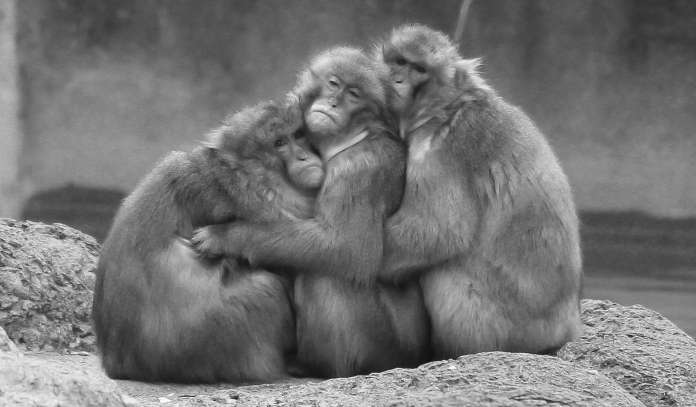 No one at the Civitas lunch that Rod Liddle, the Sunday Times columnist, addressed yesterday disagreed with his analysis of Britain’s moral decline, set out in his new book: Selfish Whining Monkeys – How we ended up greedy, narcissistic and unhappy.  A very good read it is too.

It was my second (right of centre) think-tank event this week.  Listening to the Right’s response to Britain’s current crises has been as fascinating as the presentations.

If I learnt something, it is this.  Their default is to lay the blame for and solution to everything that has gone wrong at the door of education.  Not at the door of the family, or at the door of the State that has so undermined the family.  So much for Iain Duncan Smith’s radical reappraisal of the causes of poverty and inequality back in 2007, which put family fragmentation and the collapse of marriage at the root of social malaise.

Perhaps it is because State has so diminished the family that the family is no longer seen by anyone, Right or Left, to have a role in preserving or perpetuating cultural values and norms.  Schools alone, however hopeless, are  the hoped for agents of change.

But back to Rod and his quite surprisingly unforgiving comparison of his own generation and the one that’s followed with his parent’s one – the wartime one, the one that fought, endured and survived the war.

First the certainties and constraints of his forebears have been replaced by  a witless moral relativism.  Deferred gratification is a thing of the past – resulting from a retreat of the country from the church – the end of Sunday school for the masses.  Debt was shameful; now we live under debt mountains on credit. Yet this cult of Mammon has not made us happy – witness the epidemic of mental illness and broken marriage. In short, we have become avaricious, self-deluding, self-obsessed, spoiled, corrupt and ill.  Who is worst affected? Without doubt our children.

So who’s to blame?  Rod was pretty clear on that one too, singling out the reform of the divorce laws which hit the poor more cruelly than the affluent.  But his ire was reserved for the liberal elite whose individual and class-based self-interest,  he said, was cloaked in social concern.  Its ‘long march through’ the institutions of church, marriage, monarchy – even the judiciary – had destroyed them.

I began to think it was the columnist and author Peter Hitchens talking.  The liberal elite has established a cultural and political hegemony through the quangos of the State. The same names, he said, turn up over and over again.  These are the people who inhabit quangoland, who  have no expertise, are never accountable and appoint more of their their own. They are all liberals. Former Daily Mail writer Melanie Philips  is remarkable for her absence while The Independent’s Yasmin Alibhai Brown serves on many.  Yet there is not six degrees of separation before you will reach Shami Chakrabarti, the Director of Liberty, from any point on the map of public bodies,  the BBC and academic institutions.   It is usually just three.

This liberal elite (fed by the private education system, according to Rod)  has, on behalf of the working class, of course, and as the Marxist philosopher Gramsci predicted, become the State, and with the shackles of their personal economic behaviour removed by Milton Friedman, their self interest has run riot.

The coming together of these two schools of thought – both focusing on the individual – has proved toxic, he said. It certainly made for a heady discussion; one which, unaccountably feminism didn’t come into.  And that’s where I parted company with Rod.   Also on his remedy for the ‘state’ we are in – which was, depressingly, to ban private education to get rid of the iniquities of class.

Surely Rod, you can do better than fall back on that old Labour answer to everything. Keep focusing on selfish adults and you might strike lucky.

Share
Facebook
Twitter
WhatsApp
Email
Previous articleChris McGovern: Gove plays into the hands of the Left by sustaining the GCSE monopoly
Next articleDavid Keighley: The BBC reinvents itself as a scientific authority on climate change