NewsPaperthe art of publishing
HomeKathy GyngellKathy Gyngell: Sadiq Khan has to prove he can represent all Londoners
2

Kathy Gyngell: Sadiq Khan has to prove he can represent all Londoners 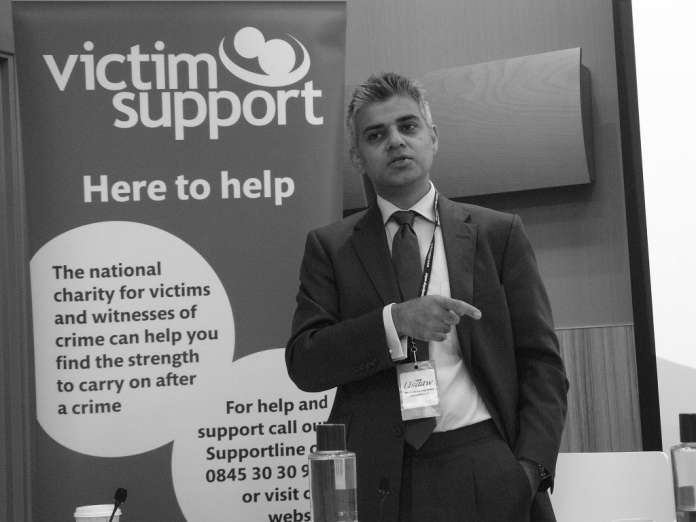 Sadiq Khan’s victory speech was a huge opportunity missed – to show that he was a bigger man than his opponents. Neither Zac Goldsmith nor the 43 per cent of ‘all’ Londoners who voted for him were proffered an olive branch.

Instead, Khan accused his defeated rival of trying to divide London’s communities in an attempt to win votes.

“They used fear and innuendo to try and turn different ethnic groups against each other; something straight out of the Donald Trump play book”.

With victory should come magnanimity. Khan remained bitter. The Conservatives campaign was “nasty, divisive and negative”; it could put off minorities off from participating in politics.

Why? Because ‘minorities’ might feel threatened if questioned about their stance on terrorism, intolerance or patriotism? No one asked.

Just about every newspaper and commentator deferentially accepted his line. The bare-footed and bare-armed moderniser who once trod Number Ten’s corridors, Steve Hilton, seemed to positively savour his opportunity to brand the Conservatives ‘the nasty party’ again.

But whether or not the Conservatives’ campaign tactics backfired, or whether Zac Goldsmith’s lack-lustre performance was doomed from the start, Mr Khan still has questions to answer that cannot to be brushed off with responses such as, “I have spent my entire life fighting extremism and radicalisation, and encouraging our communities to go into civil society and mainstream politics”.

Pray elaborate. When and how? Examples please.

Mr Marr let the newly elected Mayor off the hook. Instead of the hard questions came an altogether more conciliatory and helpful tack: Should the Conservatives should be encouraged to investigate racism in their party, cueing Khan’s self-referential  response that having suffering hate crime himself “…people of all faiths must just not tolerate each other but respect and embrace each other.”

And who can possibly argue with that?

One exception was the former Shadow Home Secretary, Yvette Cooper, who proved rather less inhibited than Mr Marr when questioning one Jeremy Corbyn on his almost identical record of sharing platforms with Islamist extremists, such as Raed Salah, the so-called “blood libel cleric” last August. “We have a responsibility not to give them legitimacy”, Cooper warned. Indeed.

There is no doubt that Mr Kahn is now keen to depict himself as a centrist.  His first official duty as Mayor to visit a Holocaust memorial was welcome.

However, an explanation from Sadiq Khan for having repeatedly attended events alongside people who made repulsive anti-Semitic or homophobic comments, or who were linked to terrorist sympathisers,  is yet to be given.

How long can he evade it or the charge described by Ms Cooper as the “legitimising” effect of extremists having a proper mainstream politician alongside them?

How long will the Tooting MP’s ready answer, which is that he makes “no apology for having been a human rights lawyer” hold water when the individuals in question were actually not clients of Mr Khan at all?

As Joe Murphy of The Evening Standard asked: Why did he lend his reputation as a rising political figure and the name of Liberty to such meetings where speakers who lacked Mr Khan’s own decent values might grow stronger by association with him?  And what are we to hope from him in his relations with the police – who now come under his aegis and remit – given his previous specialty of suing them and spotting that the  human rights angle would increase the chances of fees being met from legal aid.

No doubt he has helped families who had suffered injustice, including shocking deaths in custody, but as Murphy asks why did he also use his talents to help less deserving individuals for example when he sued the Labour government for banning from Britain American firebrand Louis Farrakhan, who once described Jews as “bloodsuckers”.

In 2008, Murphy writes, when an MP and a government minister, Mr Khan alarmed Hazel Blears, the Labour Cabinet minister, by attending a controversial conference called Global Peace and Unity (GPU) which was attended by extremists as well as mainstream Muslims.

These episodes will come back to haunt him until he explains himself. ‘All’ Londoners deserve to know whether, like other Labour politicians, he now disowns his radical Left past, whether he concedes that he grown wiser with experience and regrets his thoughtlessness?

Or is he still too in awe of his Muslim constituency, not least the elders of his faith?

David Cameron and Zac Goldsmith were not far wrong to insist that if he can’t distance himself from his record of platform-sharing and speaking up for nasty pieces of work, such as Yusuf al-Qaradawi, an Egyptian Islamic scholar associated with the Muslim Brotherhood, he still has a problem.

Then, as well as the constantly lurking issue of terrorism, there is the more everyday but still alarming issue of culture to be contended with.

I understand Khan has been chair of the legal affairs committee of the Muslim Council of Britain, which Rod Liddle ironically described in his Sunday Times column as the ‘moderate voice’ of Islam in the UK. So moderate that affiliated to it are mosques and Islamic centres that insist that if women go out at all, whether it be a distance of 48 inches or 48 miles, they should seek their husband’s permission first. Woe betide them if they wear trousers that show the shape of their bodies, even inside the house.

So will Khan call members of his own faith to order over their defiance of Britain’s equality laws and repression of women hardly seen here even in Victorian times?

Will he prove sufficiently independent to protect all Londoners – male and female – from religious as well as cultural fanaticism; or will he continue to hide behind his platitudinous ‘respect for each other’s faith’?

Sadiq Khan has the opportunity as the first Muslim Mayor of a Western capital to prove a truly remarkable man. Only time will tell whether this son of a seamstress and a bus driver has it in him.