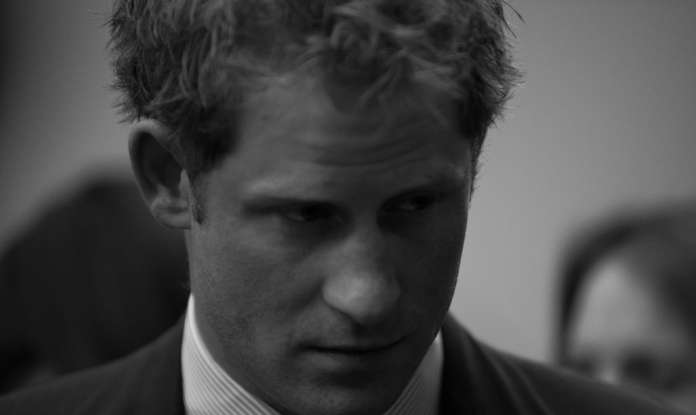 If Harry is a victim of anything it is of the celebrity ‘me culture’, the one that, since his mother bared her soul to the nation in an interview with Martin Bashir in 1995 (that also left her eldest son deeply upset and which she later is said to have regretted), turned emoting into a national pastime.

Diana’s subsequent death catalysed an incontinence of grief that Oliver James identified in Britain On The Couch and which he blamed on our consumer oriented but spiritually bereft society. In the intervening years public vigils, candle lighting and group hugs have come to be the compulsory communal response to death and terrorist attack alike.

Now 20 years on, Prince Harry has chosen to tell the nation that the couch is the answer to the mental health problems we are told half of us suffer from. He adjures us to think more, not less, about ourselves. He felt so much better after therapy, so we should all be at it. The pearl of wisdom His Royal Highness has to offer is that sharing our feelings will solve misery and mend mental ill health to boot.

Before her shock General Election announcement wiped Harry off the front page, Saint Theresa was first to applaud. His decision to ‘open up’ was an important moment for the nation, this rather ‘unopen’ lady opined.  It may well be, but not how she thinks.

Prince William has gone public too, priming his bro’s campaign with a press released chat with Lady Gaga of raw meat dress attire and clichéd bromides: No one should try to keep a stiff upper lip at the expense of their own wellbeing. Not even the Queen, Wills? For too long there has been a taboo over talking about such issues.

It came as news to me. We live in a culture that does nothing but – ad nauseam. You cannot escape it. Now men must cry too. Feminisation is the modern answer to male problems and is what the Princes are giving their imprimatur to. They would have been better to stick with the army.

Of course, the Princes suffered a particularly traumatic loss, one intensified by the glare of media interest, by their parent’s prior extra marital and publicly known relationships, by the public’s Diana obsession and also by Tony Blair’s political exploitation of her death. That they have felt the need for professional ‘therapeutic’ help should surprise no one. That is not what I condemn.

The fact is that despite the emotional roller coaster of their childhood and the affluent neglect that at times marked their upbringing, something clearly went right – a loving father, good and attentive schooling and caring grandparents maybe. I don’t know what else contributed, but the Princes survived and more. They have turned into decent if naïve young men of their generation.

Their family, like most, pulled together in the way it could and coped. That is the lesson, not that we need a mental health nurse in every classroom to make sure toddlers share their feelings. Anyway, grief and bereavement are not mental health disorders for heaven’s sake. They are normal emotions that everyone at some point will experience.

Modelling public policy on the Princes’ adult accounts of their particular childhood grief is a complete nonsense. Turning private grief into public drama is the problem not the solution. For the last thing children need is to be made to share their feelings with strangers and, worst of all, in public in the classroom.

I happen to know. One of my children was subjected to one such clumsy PHSE attempt at counselling in the weeks before his father’s death. No doubt this class pre-bereavement ‘help’ exercise was well meant but it inflicted on my unsuspecting 11-year-old  an attention he hated, found distressing and which was unwelcome to us both. I doubt Harry either would have appreciated it much at the time. But that is the Pandora’s box he has opened up.

Therapy culture trumped my child’s right to and desire for privacy.  If it becomes the new orthodoxy it will institutionalise yet another State intrusion of the private sphere and a takeover of family life that the progressively illiberal liberal Left’s agenda dictates.

Harry is not a hero for talking about his feelings just a useful idiot – and his brother too. No doubt teaming up with the perpetually self-obsessed Bryony Gordon (who also thinks her ‘illness’ gives her the right to tell the rest of us what to do) was a coup for the Telegraph.

For the gullible and eager to please Harry it was, at best, a way of accounting for his past behaviour while softening us up for marriage to a divorcee herself versed in the modern art of virtue signalling.

For the monarchy once defined by its service to others, it may indeed prove a watershed moment. Modern monarchy from now threatens to be all about ‘me’. Some gift to the people.

God knows what the Queen thinks after all those years of studied restraint and self-control that mark her lifetime of service to the people. It is the end of that era to be sure unless the Princes wake up to the perils of modernity and the dangers of the liberal Left’s self-serving claptrap.

Prince Harry does have unique platform and position to do more than politically correct posturing if he feels the need. One cause springs to mind that seems to have bypassed his celebrity pals. It is child labour in the Congo – yes the servitude that keeps us all in smart phones.

View this film. If this child cruelty, as bad as anything from Victorian Britain, taking place right now in the mines of the Congo, doesn’t put the Princes’ self-indulgent mental health heart wringing into perspective, nothing will.