NewsPaperthe art of publishing
HomeKathy GyngellKathy Gyngell: The ballet is no place for clumsy transgendered men
15

Kathy Gyngell: The ballet is no place for clumsy transgendered men 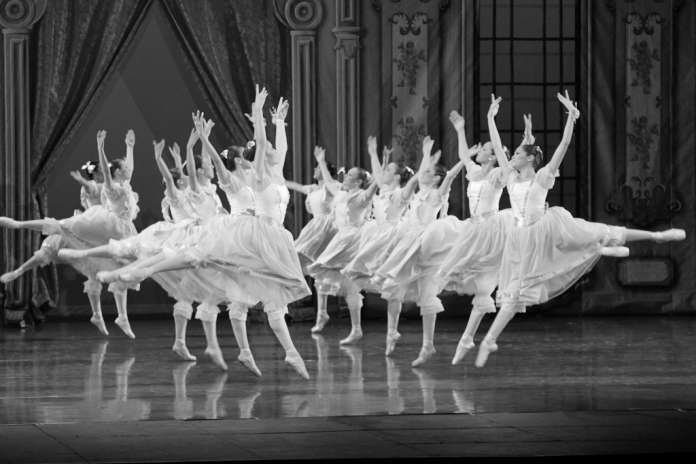 Fat ballet dancers used to be the stuff of jokes and music hall slapstick. Chaps performing Swan Lake used to be guaranteed to make us laugh. So did men dressed up as women.

That was until Matthew Bourne’s male Swan Lake came along in a two fingers up gesture to tradition. Now the done thing is to take men in tutus very seriously indeed.

As a long-term ballet aficionado, Bourne’s company of muscly swans in half drag and bare chests never appealed to me.  I objected to what was being asked of me, which was to pretend that something was beautiful and appropriate when I did not find it so.  I objected too to being treated as an un-sophisticate when I intimated that I found the whole shebang unattractive if not repellent; that men pretending to be women was fine when it was funny.

When my eye fell on the headline ‘Giant Leap for Transgender Dancers’ my first thought was that’s what this was – meant to be funny. The photo of an oversized dancer tightly tutu’ed up on points didn’t help. I began to laugh at the parody.

Except it wasn’t, as became clear when I read the copy. The Times was taking the matter very seriously indeed.  The article by one Jack Malvern was no send up.

It was a highly sympathetic report of a man, aged 35, now known as Sophie Rebecca, whose notability rested on his being the first man to train as a woman at the Royal Academy of Dance:

‘The IT worker from North Yorkshire is the first openly transgender dance student for the academy, which in 2013 decided to abandon its insistence that only people born as woman should be permitted to take its female dance courses.’

I found it both sad and worrying.

How could the Royal Academy of Dance be so cruel as to encourage this deluded chap? They must know that however hard he tries his acceptance is premised on a lie. How could they be so cruel as to pretend he’ll measure up (down might be more accurate) to the sylphs and nymphs he’ll be in line with at the barre? The talent from which national corps de ballet are drawn. Girls whose delicacy and grace are what audiences hanker after.

Why the illusion that it is only a matter of time before audiences and conventions change? Why, when efforts to prove the same ballet movements can be danced equally well by both man and women have come to naught (not just because they can’t but because audiences won’t buy it and respond by voting with their feet)?

The Royal Academy of Dance conspiring in Sophie’s fantasy is irresponsible. Giving him/her a place only encourages him along a path to perilous and mutilating surgery that naively he thinks will help him become that girl dancer of his dreams. Whatever it does to his body it won’t do that – he is too big for starters. Girls with the right chromosomes hone their ballet shape from before puberty. His is an impossible mission. The kindly meant pretence of teachers won’t turn him into the ideal female dancer he wants to be. Massive disappointment looms.

The truth he should have been told is that whatever your sex, dancing is not just about ‘being yourself’, as ballet teacher Ms Reucroft-Croome opines in the article. It is about being judged by others – on your shape, your size, your flexibility and your musicality.

Fall short, even as a girl or a man striving for a place in the appropriate sex class, you don’t make the grade. Tough.

If tall or fat girls are (rightly) are turned down why on earth would an oversized bloke be deemed eligible, and then for a female class? It would be funny if it was not true. How much madder can political correctness become?

Every naïve journalist who falls for it and every such uncritical article – there was another in The Mail on Sunday yesterday, which invited us to ‘All rise for the UK’s first transgender judge’ – step by step turns the abnormal into normal, even though it hurts most the people that turning ‘trans’ into the new normal is designed to help.

But when neither surgery nor transgender ‘lib’ deliver the promised land, you can be sure it’s the rest of society and discrimination who’ll be blamed. ‘Gender studies’ experts, the domain of those with a very clear agenda, will demand nothing less than an end to binary gender. They will not, I predict however, enlighten us as to the realities of gender reassignment surgery that their revolution requires. If you, however, choose to read about it I advise you to remind yourself it is taking place on the NHS not in some horror movie, though you could be fooled.