NewsPaperthe art of publishing
HomeKathy GyngellKathy Gyngell: The great emote is calculated to keep us all in...
52

Kathy Gyngell: The great emote is calculated to keep us all in line 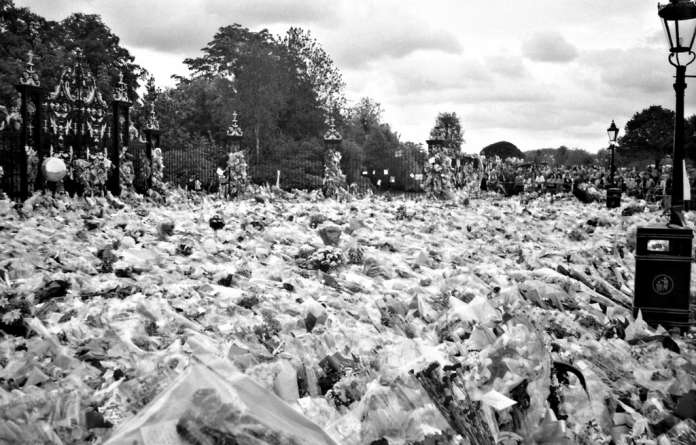 The great emote has begun. In the first few hours of the undeniably shocking murder of Labour MP Jo Cox, I reserved judgment. I hoped that the initial statesmanlike tributes and genuine expressions of grief  (plus proper concern for politicians’ safety given the increasing numbers of unstable people on the streets) would be the beginning and the proper end of it.

I hoped in vain. The ‘Dianification’ – otherwise known as the ‘beatification’ – of Jo Cox, a dedicated but modest and unknown MP, began within hours; helped by her husband Brendan tweeting a picture of her as she lay dying in hospital.

This default social media response was a depressing sign of the times. So too was an interview with a ‘colleague’, who’d hotfooted it to Birstall in West Yorkshire as soon as he heard the news to publicly display his grief. Encouraged by an eager BBC reporter, he appeared to positively savour his moment in the limelight as ‘emoter’ number one – he smiled several times. Mrs Cox’s body could hardly have been cold.

The BBC, the public and the politicians are all complicit in this modern day media death exploitation and the ‘info-tainment’ the public have come to expect. Princess Diana’s funeral was watched on television by 31 million people in Britain and two billion worldwide. The public became unhealthily emotionally involved in the carnival of grief  that went on – eager both as performers and viewers.

Blair’s response – gushing about the People’s Princess, standing at the airport to receive her coffin as if he were the Head of State – had supposedly been “just right”. William Hague, by contrast, was deemed to have made a dreadful gaffe in suggesting that the Prime Minister had exploited the Princess’s death for political ends. He was at worst “out of touch”, at best rash, to declare what he thought privately in public. An even worse fate fell on anyone with the temerity to treat Diana as anything but a star in heaven, though her life in reality was far from that.

When Professor Anthony O’Hear claimed that Diana represented “fake Britain”, many a bosom might have returned an echo, as AN Wilson put it. Had they dared to. What she really stood for, O’Hear said was “the evaluation of feeling, image and spontaneity over reason, reality and restraint”. Such subversion  was quickly stamped on. A spokesman for Mr Blair dismissed the “old-fashioned right-wing snobs” for “attacking” Diana.

The advent of the internet, on top of TV  broadcasting, has given ‘death coverage’ as entertainment a whole new dimension. The ghastly and tragic terrorist attacks on the World Trade Center and the Pentagon on September 11, 2001, along with text messages transmitted by the terrified victims has taken death as a media event to a whole new level. Acted out on live television it is what we we have come to expect, as coverage of the massacres at Sousse in Tunisia, Orlando and elsewhere have since shown. We are left de-sensitised while politicians play out their role.

Instead of being respected and grieved privately, death has become a public commodity to be traded, vied over and exploited – and more sickeningly to be ‘got off’ on. We are an increasingly violent society it is true, as many have commented today, but from where does this derive but the incontinence of a broader culture we all inhabit? What was once private and distant is now public and  in our faces. The divide between – the boundaries that mark civility and social order – simply no longer exists.

In the thirty six hours following Mrs Cox’s tragic death, neither the MSM, nor the social media nor the politicians have disappointed. We all must join in with the public display of breast-beating demanded. What’s more there must be no division now, we hear ourselves being told all over again – the same refrain Blair once played to his advantage.

Grief once again has become the means to control political debate – to end what is cleverly described as division. James Delingpole identifies its exploitation this time round as ‘Project Grief’.

The Parliament Square and Birstall church vigils, the piles of flowers, the tweets and the Facebook links, endless interviews with sobbing members of the public who have never even met the MP, all no doubt well intended, play into this mind management.

We saw it after the bombing of the Charlie Hebdo offices when political leaders such as Hollande, Merkel and David Cameron led a march of over a million people through Paris ostensibly to parade their defiance of the jihadi killers, their love of freedom and their solidarity. Je suis Charlie, was their cry, just as we later heard, Je suis Paris after the jihadist slaughter at Bataclan. Who could not join hands in solidarity?

Yet the cries were about them – the politicians and public doing the ‘grieving’ – and about the emoting opportunities the occasion presented them.

These now compulsory parades of virtue can be traced back in a straight line to one death – that of Princess Diana; to its exploitation by one political party and two men – the former PM Tony Blair and his spinmeister, Alastair Campbell – and their cynical manipulation of the public’s hysteria.

Oliver James, the perceptive social psychologist  explained in cultural terms – how the cult of the individual – the me culture – had altered the British psyche. He cleverly coined the term “Britain on the couch”. It tells you all you need to know, yet no lessons have been learned from it.  There’s been no going back on faux grief and self indulgence. Display your sorrow, your sympathy, your compassion, your humanity – and all will be well and nothing more needs be done.  Thus are the masses kept in their waking sleep and politically correct groupthink dominates. Critical and independent thinking is quashed.

Nothing could have proved more helpful to Tony Blair’s liberal left consensus, his big tent politics – the umbrella he determined we should all get under – than Diana’s death.

Those who refused were treated like pariahs and suffered the tribulations of being the outsiders, just like the untermensch.

In the last few months, almost miraculously some of this oppression suddenly lifted. The EU referendum has opened a door to real debate and created a once in a lifetime opportunity for escape from the stifling embrace of politically correct thought. Freedom to speak at last seemed to have come.

Then came the grievous death of Jo Cox and we find, once more, that emoting has gone into overdrive and all the subtle bullying that goes with it has descended on us – repressing our freedom of speech and thought.

We humans are, as numerous social psychology experiments testify, susceptible to group pressure. How obedient the best of us can be, American psychologist Stanley Milgram demonstrated in post-war experiments with his subjects voluntarily administering death level electric shocks.

For totalitarianism comes of mind control and compliance to cultural mores as much as it does of direct political authority. And modern media man’s emotions and his mind are malleable indeed.