NewsPaperthe art of publishing
HomeKathy GyngellKathy Gyngell: Time to get tough with the would-be jihadists in our...
267

Kathy Gyngell: Time to get tough with the would-be jihadists in our midst 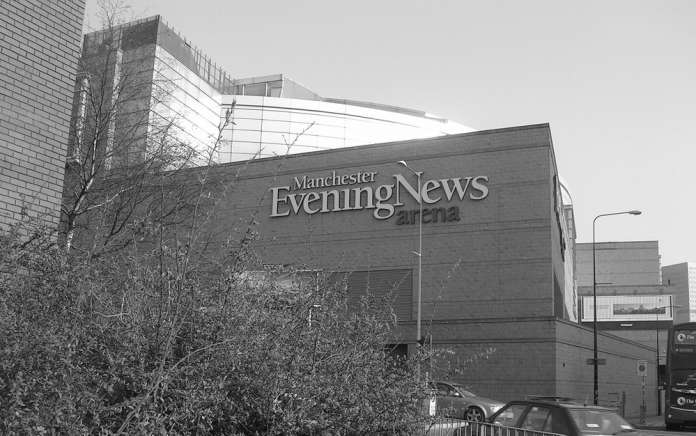 How long will the liberal establishment keep its head in the sand over terror? Commuters, holidaymakers, police and now, in the most horrific attack ever on our shores, young girls and teenagers targeted in this latest sickening atrocity. Who will be next? Nursery school infants? Babies and nurses in hospital maternity units?

Each time we gasp in horror. But our gasp of horror should now be directed at the government’s feeble (intelligence led/community appeasing) anti-terrorism policy, which with 12 years to have proved itself, has undeniably failed. It should be aimed too at its MSM defenders who tell us the only way to respond ‘is to carry on as before’.

We should gasp too at the specious ‘liberal’ values that underlie this cowardly and defeatist approach, which persists in putting the dignity of Islam ahead of the lives of defenceless teenagers.

‘Carrying on as before’ means one thing only – accepting innocent death as a sacrifice or a trade off for not upsetting Muslims or decrying the extreme form of their religion.

The spectacular absence of the ‘I’ word yesterday told its own story.  Trawl through the BBC’s coverage of the Manchester bombing from dawn to dusk and one word was missing.

For 15 hours no one could speculate on the identity of the killer for fear of being put on trial themselves; to ‘demonise’ is seen as being worse than to murder.

But the Manchester explosion hardly happened in a vacuum. It followed on from a sequence of atrocities from 2004 listed here, culminating in the Westminster Bridge attack in March.

And who did the suicide bomber, who killed 22 people and injured dozens more on Monday night in Manchester, turn out to be? One Salman Abedi – not a Sikh, not a Hindu, not a Jew or a Christian but a Muslim; just like nearly all the previous assailants.

“With Allah’s grace and support, a soldier of the Khilafah managed to place explosive devices in the midst of the gatherings of the Crusaders in the British city of Manchester, in revenge for Allah‘s religion, …… …The explosive devices were detonated in the shameless concert arena, resulting in 30 Crusaders being killed and 70 others being wounded. And what comes next will be more severe on the worshippers of the Cross and their allies, by Allah’s permission…..”

If only we were crusaders and worshippers of the Cross we might have nipped this terror in the bud.

But cultural sensitivities, provided they are Islamic not Christian, warrant special protection. No sooner than the media gets to its feet after an attack, their narrative must be seen to have nothing to do with Islam.

The ‘don’t-blame-Islam’ disease had plenty of openings again on the BBC. The worst thing ‘random violence’ can do is ‘stoke the flames of fear’, came theologian Andrew Grayson’s ‘Thought for the Day’ warning. No it can’t. Its worst is to kill and it did, 22 people – many of them children – with many more maimed. But we had  the emotional Tessa Jowell’s plea for a ten–year support plan for their grieving families for that.  The most important thing we have to do is to ‘face down the narrative of hatred with the stronger narrative of compassion and community’ and so on.

These are not just platitudes they are deceits. From where is the ‘hatred’ originating but parts of the Muslim population catalysed by its Islamic faith?

Dare say this and you, not the ‘perps’, will be in dock, as Piers Morgan found himself yesterday for his comment:

“At some point there has to be a more concerted effort by the Muslim community to root out these people whose brains have been completely warped into thinking that this is the way they should be behaving”, made in discussion with  Coronation Street actresses Sally Dynevor and Connie Hyde on his Good Morning Britain sofa.

It was a classic of its kind. First came the denial – that it is a Muslim problem – Dynevor looking at Piers severely for associating the incident with Islam, and the implicit reprimand that preventing ‘Islamophobia and a racist backlash’ (which has never happened) should be his paramount duty. Then she went on to laud Muslim taxi drivers and doctors on the scene, though why they were so special if this wasn’t about Islam, is anybody’s guess. It is not as though Piers has said all Muslims support terrorism. What he raised the critical issue of Muslims of not facing up to or, worse, condoning Islamic terrorism in their midst.

Then came displacement: “I think this is anger,” Hyde flipped her hand derisively at Piers “(and) .. is not helpful to the families”…(to) concentrate on the hate….It’s very rare and we cannot allow this to stop us. We have to carry on.”

In one turn of the screw Piers, the angry (white) male had become the perp, and protecting the real ‘perp’ had taken precedence over British girls’ lives. All under the cover of liberal outrage.

We cannot allow this to silence debate. Do we have nothing to say about teenage girls murdered in cold blood or about three thousand known terror suspects at large in the country about whom the intelligence establishment  says we can do little?

We do not have to accept that is how it is, much as ‘carry on’ advocate Richard Barrett, former British diplomat and counter intelligence officer, would have us do in his defeatist interview at the end of the Today programme: I don’t think anyone is expecting the security services or police to monitor them he said, they don’t have the resources.  Anyway we really do want to preserve our freedom of assembly and expression he went on to remark without seeing the terrible irony of his comment. Terrorism is going to happen again, we have to live with it, maybe tomorrow maybe next week.

That’s the only way of looking at it, we are told.  Only a fraction of the thousands of suspects can be watched so it is impossible to prevent further carnage.

Except it is not. This is not an inevitable consequence. If the security services know who the terror suspects are, why are they allowing them to walk freely in our midst, planning mass murder?

We should heed the words of Margaret Thatcher speaking after the 9/11 atrocity: “These events are a terrible reminder that freedom demands eternal vigilance. And for too long we have not been vigilant.

The most radical approach would be internment:  to take this serious, cruel threat from our streets. In the Second World War and the dark days of the Northern Ireland Troubles, locking up those perceived to be a threat was a fulcrum of security policy. Now it must, among other strong measures, again be considered as an option for those suspected by the security services of terrorism-related activity. We sincerely hope that the majority law-abiding Muslim community would support such robust measures as must now be taken. For they are at risk as much as anyone else.

No doubt this would have liberal Left up in in arms and out on the streets in  opposition. But how much more spillage of blood can we tolerate? Are the ‘human rights’ of jihadists to be put before 8-year-old girls while the civil liberties of the many – that took hundreds of years to achieve – are slowly but surely destroyed by a barbarous few?

We could also extend the use of terrorism control orders (a form of house arrest), the so-called T-Pims (Terrorism prevention and investigation measures). It is indefensible that with some 3,000 would-be jihadists roaming our streets, some returning home from their bloody adventures in North Africa, Syria and Iraq, that the orders currently apply to just seven far from magnificent individuals.

Despite all the bold words, the blunt fact is that government is failing in its first duty – the safety of its citizens. No longer can those who spread and support terror be allowed to take such savage advantage of our tradition of liberalism and openness. Policy must become effective before it is too late.