NewsPaperthe art of publishing
HomeKathy GyngellKathy Gyngell: Why does the Tory Party grovel before the BBC?
125

Kathy Gyngell: Why does the Tory Party grovel before the BBC? 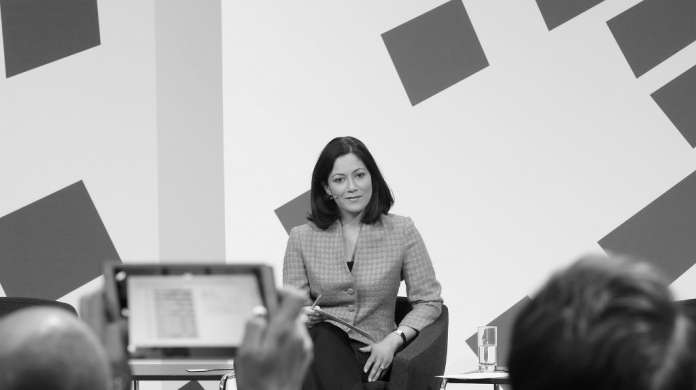 “There’s one thing that bothers me a lot about the letter ‘sent by more than 70 MPs’ to the Director-General of the BBC complaining about bias in its coverage of the Brexit debate”, wrote Rod Liddle in his Spectator column last week.

That it was signed by a mere 70 MPs stuck in Rod’s gizzard. What about the rest, including the majority of the Tories? Had they been secretly lobotomised perhaps? Did they think ‘that the BBC is doing a bloody good job?’ It’s a good question and should have been asked years ago.

The answer is that most Tories – not just Anna Soubry, the BBC’s favourite militant Conservative lefty – shockingly do.

Even more extraordinary was the speed with which even Tory hardliners fell in with the narrative of praise accorded the BBC for its lack of bias in its referendum coverage by the Daily Mail of all papers. Why on earth would anyone, least of all a right wing newspaper or a bunch of nominally right wing MPs, feel the need to congratulate the BBC on doing its basic duty? Why the praise for abiding by the rules required in all election periods for strict even-handedness – in this case for its treatment of the Leave and Remain cases? Why the need to appease the BBC? Methinks the lady doth protest too much.

If they tuned in they also must have turned off not to spoil this fantasy of a fair and equitable BBC. It didn’t step up to the plate – these cringe-worthy congratulations were premature.

Coverage of the campaigns betrayed rather more than an occasional pro-EU mindset or expression of ‘astonishment that anyone might contemplate voting Leave’.

A methodical survey of BBC Radio 1’s Newsbeat (a flagship news programme which reaches millions of the under 30s) showed its campaign coverage was heavily biased in favour of Britain remaining in the EU.

A succession of overtly biased BBC programmes or EU features in the referendum run up are documented here, here and here.

If this counts as balanced, then since June 23rd 2016 the gloves have well and truly come off as Liddle so succinctly put it. The BBC went into an unashamed anti-Brexit overdrive. This is not just the matter of the baleful caveats that accompanied, almost without fail, all the (surprisingly to the BBC remainer prophets of doom) encouraging financial news that has kept coming. Now a new in-depth investigation of the BBC’s Brexit coverage – a long-term study of BBC Radio 4 in action, specifically Today‘s dedicated business coverage – published this weekend – reveals an astonishing and systematic production bias

The independent news monitoring watchdog News-watch studied each of the ‘business’ spots on the BBC Radio 4 Today programme over a six month period since June 23rd.

To make matters worse, a mere 2 per cent (10 contributions from six people over the 6 month period) were supporters of withdrawal from the EU. All the data on which the findings are posited is laid out in exemplary detail in the report’s appendices; it is available for everyone (BBC detractor or BBC defender) to see and react to.

So will DG Lord Hall take any notice? Will he even bother to read the report? I doubt it. It was, quoting Rod Liddle (a former editor of Today) again, ever thus. If the BBC used to think Eurosceptics were mad, now they think Brexiteers are bigoted and departure is doomed.

Stuff, as Liddle says, hasn’t changed at Broadcasting House. He says that the BBC is deeply institutionally biased towards a soft-liberal, naive, middle class view of the world with regard to immigration, the EU, Islam and gender. He is too kind. It is un-disguisedly ‘Leftist’ and arrogant.

It far too used to winning all the arguments for the simple reason of the Conservative Party’s policy of appeasement of the BBC since Mrs Thatcher.

When David Keighley and I started monitoring the BBC for EU bias back in 1999, it confounded us why the upper echelons of the Party were not eager to be fed our nuggets of BBC prejudice and partiality. Did they not want ammunition? No, we found what they wanted from the BBC was approbation and acceptance and like the domestic abuse victim would accept any humiliation to get it.

Even today and in power they remain in a relationship of co-dependency with the BBC. They still don’t understand victory. They let the Left win all the arguments despite all the evidence that their policies have no answers to current global and political problems. They just do not get that the BBC is not interested in debating what is right or wrong for the country, but only in debating them as an individual or as a cadre – in castigating them as nasty human beings whether they question immigration, are pro-Brexit, or for just being a Conservative.

While the Tory Party and Tory MPs (with fewer than a handful of honourable exceptions) remain the willing victims of this bullying, they will never grasp the nettle of BBC bias or be in a position to take a proper stand on it.