Kathy Gyngell: UCL is a disgrace. Ousted professor Tim Hunt is more sinned against than sinning 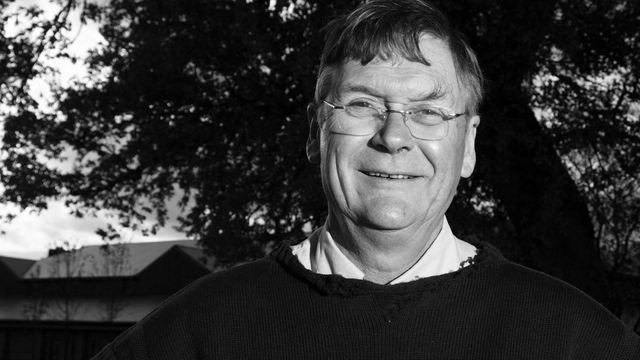 How totally and thoroughly ridiculous – and deeply unpleasant – the world has become. Every day we come a step nearer to George Orwell’s 1984 ‘Big Brother’ dystopia. Freedom of thought as well as speech, those most fundamental of human rights, are in retreat as democracy becomes the lapdog of the ideologists and their orthodoxies.

What’s brought this on from me? you may ask.

Well, one of our foremost scientists and Nobel prize winners Sir Tim Hunt (physiology of medicine 2001) has not only had to issue a grovelling apology but has had to resign his honorary professorship for a thought crime.  He made a joke about women – worse, scientific women.

‘Let me tell you about my trouble with girls,’  this scientific innocent abroad  said to lunchtime gathering of a women’s convention on science and journalism in South Korea. ‘Three things happen when girls are in the lab — you fall in love with them, they fall in love with you, and when you criticise them, they cry.’

It was rather delightful. Not to the thought control police.  His remarks (and I bet he was trying his damndest to be entertaining, poor chap) got him more than his audience’s attention.

“Immediately, like vultures over the desert, the harpies began circling. Professor Dorothy Bishop of Oxford University, called for Hunt to be barred from ‘any committee that makes decisions about fellowships, appointments, promotions, policy, etc…….Twitter started up its infernal whine. Pressure groups issued statements. The BBC interviewed several women, all of whom had had their sense of humour surgically removed.  By teatime, Nobel Prize or no Nobel Prize, the Prof was out on his ear.”

That was Sarah Vine’s neat summation of the reaction in her Daily Mail column yesterday.

And three guesses as to where, the next day, he was made to make his groveling apology.  Yes, you’ve got it first time –  BBC Radio 4’s Today programme.

“I am really sorry that I said what I said.” It was “a very stupid thing to do in the presence of all those journalists”.

Where do we live? North Korea?  How humiliating for him and how wrong that he should have to submit to this public shaming. I wished he’d called us – at The Conservative Woman – for a briefing and an escort. We’d have told him to tell them to “bring it on”!

He should, of course, have demanded what, exactly, was untrue about his remarks (based as they were on his experience as well as scientific observation) that women do have a tendency to cry and men do have a tendency to fall in love with them or find them distracting and this can, in the confines of a science lab – or any workplace for that matter –  be disruptive.

Second, he should have dared the circling harpies to kill off his distinguished career and tarnish his name with such trivia. He should have shouted out at the raging storm, like King Lear, a man more sinned against than sinning.

Third, he might have expressed his deep sadness at the way he’s been traduced by this alma mater, University College London, and the shameful statement put out by it which read:

“UCL can confirm that Sir Tim Hunt FRS has resigned from his position as honorary professor with the UCL faculty of life sciences following comments he made about women in science at the World Conference of Science Journalists on 9 June. UCL was the first university in England to admit women students on equal terms to men, and the university believes that this outcome is compatible with our commitment to gender equality.”

Finally, he could have speculated about the reaction of UCL’s founding father Jeremy Bentham to his supposed new religious heresy.  Would the great utilitarian have approved of the freedom of thought and expression fundamental to his college’s ethos being undermined in this way – or of the precedent set by such thought management?

Would not Bentham have found this ‘commitment to gender equality’ as bad as the narrow religious orthodoxies of his century; and to be a cruel travesty of the college ‘s founding radical mission to admit women on equal terms with men?

It would have taken a lot of guts and more study of modern culture for an academic like Sir Tim. What he did say at the end revealed his own profound honesty and we applaud him for telling the BBC he “did mean” the remarks he made.

We are sad though that he felt he had to say he was  “really, really sorry for causing any offence”. It was awful, he said with genuine concern. No it was not. The response to him was awful.

Share
Facebook
Twitter
WhatsApp
Email
Previous articleCaroline Farrow: Tough questions that expose how Amnesty has been hijacked by the right-on Left
Next articleTCW Week in Review