Kathy Gyngell: The Underclass is Britain’s new growth industry. Pity the State can’t see illegitimacy is the root cause 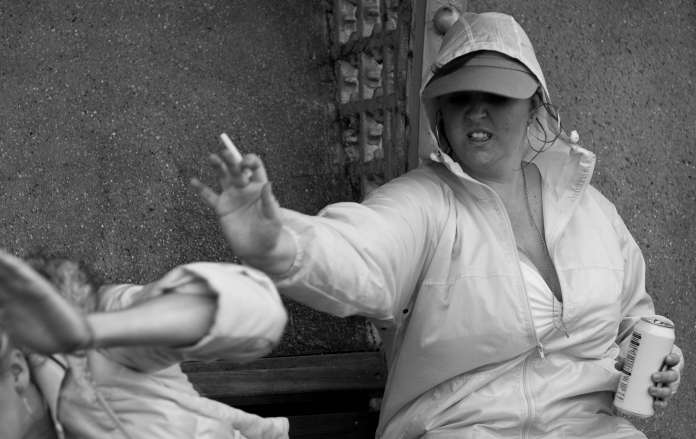 The State likes numbers. The State likes counting things. More than anything else in recent years the State likes problems it can “solve” by setting more targets – leading to counting more numbers and then, just like Animal Farm, finding it has an even bigger problem to deal with than it thought it had in the first place.

So it is with the Underclass. No, I am not denying its existence. The evidence it is there in terms of its cost to the State and its disruption of the orderly functioning of society is all too clear.

The trouble is that (thanks to astoundingly successful left wing propaganda clothed in apparently compassionate family friendly policies) anyone who denies the need for ever more and ever earlier initiatives is deemed not just lacking in compassion, but cruel to boot.

And no one, but no one, wants to risk that accusation. That’s why both The Sunday Times and yesterday’s Daily Telegraph editorials on David Cameron’s family friendly speech bent over backwards to endorse his approach, rather than face the ugly truth.

Ironically, the Sunday Times even took credit for alerting the world to the existence of the Underclass in the first place – as the first newspaper to air the American sociologist Charles Murray’s warnings of an emergent Underclass in the UK, some 25 years ago. This was a year after the Conservatives introduced independent taxation; at the end of the decade that single parenthood and cohabitation began their sharp ascent and marriage its catastrophic descent.

For although The Sunday Times asserts we have paid the price of ignoring Murray’s warnings, the rest of its leading article betrays a lack of understanding of what these were really about.

Murray’s analysis – affirmed with further detailed critical evidence in his book, Coming Apart, published more recently – demonstrates that is marriage that divides society between the ‘haves and the have nots’; that it is the rise of the single mother and tri-generational families of women without men, that is the overwhelming characteristic of the Underclass.

The Sunday Times is not alone in conveniently reinterpreting Murray’s Underclass as one where there is no working parent rather than one where there is only one parent in the first place, the mother, who finds herself, like the guest on the BBC’s Today Programme on Monday, totally unable to cope, overweight, depressed and ill – and, fatally, with no husband and no father.

But far from instituting policies to reduce the likelihood of this negative and inevitably State dependent lifestyle, the official reaction, Conservative no less than Labour, continues to rest on the deluded notion that these families can be ‘supported’ back into normality, despite their dysfunctional structure.

Government policy is to put that ultimate interventionist and New Labour pin-up Louise Casey in to run the show. And her show is getting ever bigger. She appears to have been given carte blanche to manage any ‘family’ she (the representative of the State) has decided is troubled. Half a million it is mooted. On current figures, there are still another four and a half million workless families to be counted. Louise’s future is secure even if theirs is not.

It is just a matter for civil servants or researchers to add up the numbers – whether of truanting children, hospital visits or drug-addicted parents – to create the necessary evidence.

The Sunday Times swallowed her figures demonstrating this ‘growth’ of the Underclass hook, line and sinker. What will expand following Dave’s great family speech is her fiefdom and her budget.

It is all worth it, she and now Dave argue. We must sink ever more money into her programme of would-be family ‘adoption’ by the State. It is, they say, the way to go. It has been successful in turning round the original 120, 000 families – actually only 53,000 of them.

Sadly, David Cameron has proved no forensic scientist. He is deluding himself to accept success defined in her terms of reducing conveniently opaque targets. Once these are unpicked, as Jill Kirby did in yesterday’s Daily Mail, they reveal failure not success.

Kirby says: “The truth is that, like so many bureaucratic initiatives from Whitehall, The Troubled Families Initiative is a box ticking exercise that gives the illusion of success because its ambitions are so low”.

A family it turns out is deemed to have been turned round if there is a 33 per cent reduction in reoffending by its children and fewer than 15 unauthorised absences in the school year. But all this is pushed aside if one adult can prove he’s been in a job for six months. That is sufficient unto the day.

It beggars belief that Conservative Ministers have so blindly followed, and are continuing to advocate, Labour’s dire family policies, policies which are themselves the problem, not the solution.

It is clear they learnt nothing, absolutely nothing, from their own Social Justice Policy Review chaired by Iain Duncan Smith. In every area of social policy from drug addiction to education what emerged loud and clear from his analysis is that Labour’s target-driven State interventions made poverty worse. They had entrenched negative lifestyles. Far from being compassionate, these polices robbed people of self respect as well as their potential for autonomy.

If Ray Lewis, the inspired director of Eastside Young Leaders Academy in London, had set a 33 percent crime reduction target for his wayward boys’ transformation, would any of them won scholarships, as they have, to our best public schools and gone on to university?

The answer is a resounding no. Lewis set the bar high and unforgivingly so on all aspects of behaviour. And how it has worked for the boys and their families. Louise Casey’s formula would have sounded their death knell.

So Dave, while I am about it, we do not need the State paying grandmothers, who may themselves be never married drug addicts with serial and undesirable boyfriends. Being a good grandmother is not and never should be a State controlled role or solution.

What Dave must do, if he has any remnant of honesty and ability for dispassionate analysis, is radically reform family tax and benefits to make possible and, indeed, encourage married parent family autonomy.

Since The Sunday Times has so conveniently forgotten Charles Murray’s analysis of the cause of the underclass, I can remind it. And Dave please take note.

Murray unashamedly defined the underclass in terms of trends in ‘illegitimacy’, crime and unemployment, but his particular concern was with ‘illegitimacy’, the decline of marriage and the state of the British family.

It is not just Dave’s fault. Successive governments have sanctioned this trend – and continue to, as indeed does Louise Casey’s Troubled Families Programme.

Until The Sunday Times campaigns for a family policy that introduces measures to bring down the rate of illegitimacy, which would close the social divide between the married and the unmarried, between children who know their fathers and those who do not, the newspaper will be as guilty as the Government of failing to heed Murray’s warnings.