Kavanaugh’s stand should shame the Republicans 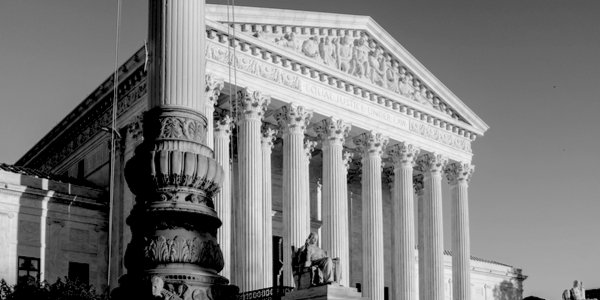 The good news I have for you today is that our hero on the other side of the pond is not about to succumb to bullying. He is is standing firm. In a defiant letter to the Senate, Brett Kavanaugh has said he will not be intimidated into withdrawing from the Supreme Court confirmation process amid (the dubious beyond belief) allegations by two women of sexual assault.

Good for him. As my co-ed Laura wrote here last week, Kavanaugh is being made to endure the most sickening of show trials. One of our regular (American) commenters yesterday described it as less soap opera and more horror movie. She is right.

But although the Democrats are venal and the #MeToo movement is being made to look ridiculous by this put-up job, the Republicans have hardly come up squeaky clean. First alert as to their pusillanimity came a tweet from Ann Coulter:

The next was an irate and despairing article in the Federalist yesterday which confirmed that some Republicans, despite, or perhaps because of, their marginal majority, were still hedging their bets. Sean Davis wrote:

‘The rubber is about to meet the road for Senate Republicans. They have a simple choice: they can vote to confirm Supreme Court nominee Brett Kavanaugh, thereby ending the baseless and unsubstantiated Democrat- and media-fueled smear campaign against him, or they can kiss House and Senate majorities goodbye for the next decade, if not longer.’

To see what Walsh thinks of them and their previous form, whether on ObamaCare or ‘the wall’ – it is not good – read the whole article.

The question now is whether this act of rhetorical defiance from the neither bowed nor beaten Brett Kavanaugh will be enough to shame Democrats and Republicans alike to put principle before political self-interest.

In his letter to the Senate Kavanaugh said: ‘These are smears pure and simple. And they debase our public discourse. But they are also a threat to any man or woman who wishes to serve our country. Such grotesque and obvious character assassination – if allowed to succeed – will dissuade competent and good people of all political persuasions from public service.

‘As I told the committee during my hearing, a federal judge must be independent, not swayed by public or political pressure. That is the kind of judge I will always be. I will not be intimidated into withdrawing from this process. The co-ordinated effort to destroy my good name will not drive me out. The vile threats of violence against my family will not drive me out. The last-minute character assassination will not succeed.’

We hope it will not.