NewsPaperthe art of publishing
HomeCulture WarsKeep an eye on Taiwan
109

Keep an eye on Taiwan 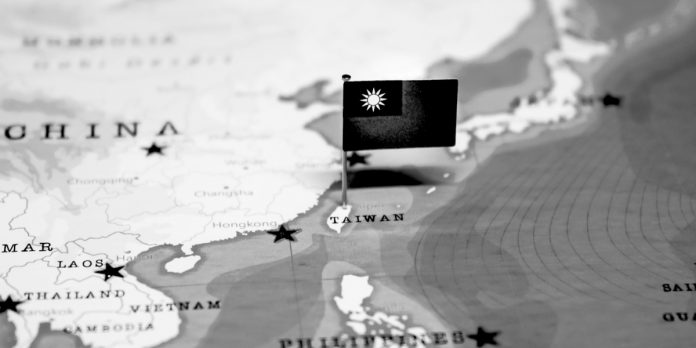 TO GET a sneak preview of what will be all over our screens in the coming season – what we might call the Next Current Thing – it can be useful to read around the news a little. This is a habit that might seem somewhat tragic – to pore over the words of a former US Secretary of Defence and read the English-language Chinese press – yet it is an approach which often helps suggest what might be to come. In this case, that something is trouble over Taiwan.

And so to the Three Lighthouses. This was the odd title given to a speech delivered by Mike Pompeo, former CIA boss and Secretary of Defence under Trump. Why, you might ask, should anyone care what yesterday’s man has to say about tomorrow? Well, Pompeo’s words do appear to presage the new red lines of American geopolitical power and a reframing of United States foreign policy. It is noteworthy too for asserting the doctrine around which all the major factions of US power appear to be converging, a worldview which the US appears dedicated to preserve at all costs.

That worldview is one which has seemed increasingly precarious since at least the disastrous exit from Afghanistan: that the US is the world’s supreme leader and will remain so. Yet the world has been watching. The humiliating mess of Afghanistan opened the eyes of the world to the practice behind the performance of power. The image of the US was immeasurably damaged. Months later the US loudly dedicated itself to regime change in Russia, to the weakening of Russia and to the retaking of Crimea and the Donbass. To achieve this the West has sanctioned itself and sent to Ukraine most of its own arsenal, which it cannot immediately replace. The impact on European stability of this enormous flood of weapons is unlikely to be either temporary or beneficial.

The BRICS countries – led by China and Russia – are now discussing a reserve currency of their own as an alternative to the dollar. Aside from inflation, and a food crisis exacerbated by sanctions on fertiliser, Europe faces the permanent loss of its cheap energy supply. There will be no return to the gas volumes pumped to Europe before February since that gas has already been reallocated.

It is obvious that the response to the post-Soviet border dispute in Ukraine has been hugely damaging to one side, whilst new alliances are forged on the other. No country outside the EU and the Anglosphere countries except Japan has sanctioned Russia. The strategy of the US appears to have greatly diminished US prestige, power and profitability, weakening its allies and turning away countries such as Saudi Arabia and Indonesia into the arms of the new – if de facto – Chinese/Russian alliance.

It is against this dramatic backdrop that Pompeo presented his Hudson Institute speech on June 24. Trumpeting the values of ‘freedom’, ‘virtue’ and ‘liberty’, he dedicates US policy to the mission of defending the ‘three lighthouses’ of Israel, Ukraine and Taiwan against ‘Russian and Chinese expansionism’.

These states should be absorbed into Nato, he suggests, to maintain a network of beacons of freedom which coincidentally occupy the three major flashpoint regions of the world. It seems an inspired move for an empire on the ropes to suggest, as Pompeo does, that ‘the world has become too small for free countries to not be part of something greater’. So for Taiwan it is the US or China, which probably means war.

His is an interesting pitch littered with red meat for the voters, but with a wearily familiar appeal to Forever War as the guarantor of Freedom ’n’ Democracy. It is a dangerous break with the policy of deliberate ambiguity to call Taiwan ‘an independent country’, especially when Pompeo opines

‘by empowering Ukraine, we demonstrate to China the cost of invading Taiwan’. Does he mean that the Chinese are to be threatened by a US empire willing to shoot itself in the other foot?

It would be simple to dismiss this speech as a fringe event, were it not for the recent suggestion that House Speaker Nancy Pelosi should visit Taiwan next month. A move described as provocative in the strongest terms by the Chinese, it has been said a military response is not ruled out. That is because the Chinese have heard Pompeo’s speech, have little regard for the ‘unofficial’ status of Pelosi’s visit, and perhaps because they remember that Clinton sent Gingrich in the same capacity in the 1990s. It is the same gambit played by the same faction.

The factionalism of US power politics is often overlooked. It is naive to see the US state as unitary in purpose as in power. It is more accurate to see it in terms of powerful dynasties vying for influence and for impact. There are the Neoconservatives (or Neoliberals) such as Nuland, Kagan, Bolton. There is the group led by Obama, who some say is the real power behind Biden, and through whom Obama continues with a third term in office. There is Pelosi in the House, and of course there are the Clintons.

Antony Blinken and Jake Sullivan are Clintonites. The Secretary of State and the National Security Adviser respectively, they appear to have been surprised at the ferocity of the Chinese response. Some of that you can read here for yourself; it includes a revealing insight as to how the US administration is perceived by the Chinese.

The argument is one over multipolarity – a world of regional powers and emerging alliances – or the preservation of US supremacy and its imperium. Note that the Pompeo speech exhorts the absorption of satellite states into the US empire in order to survive. For Pompeo and the neoliberals for whom he speaks, this is a zero-sum game: a total loss or a total victory.

Seen from another side, however, it would appear that the feared multipolarity has already taken root at home, in the very heart of US power. So far, the one thing the competing factions of US politics could agree on is the business of war – and the need for a distraction from the dreadful situation at home, in Europe and increasingly in Ukraine. Should the Clinton Gambit succeed, and Pelosi’s visit go ahead, we may all be treated to a much more spectacular – if devastating – Current Thing.