Keep clapping and trust in the scientists 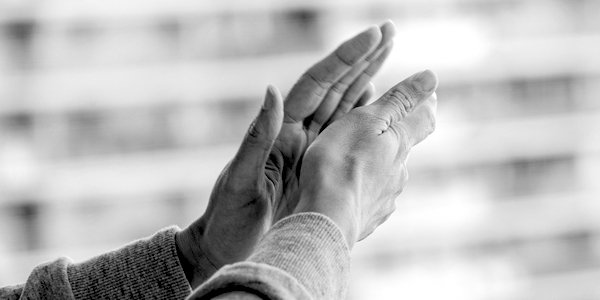 HI. How are you doing? It’s been a couple of weeks since I was last able to give you morale-boosting advice, so I thought I’d touch base to help you maintain your mental well-being.

We must all remember we are in the best of hands, and although you may be both broke and bored out of your skull, you are saving lives. Just keep on clapping.

How many people am I saving?

Loads, probably. Why, even in my own sheltered suburban redoubt one in every 800 people has tested positive. And since around one in seven of those who have tested positive so far across the country have died, that means that one in 5,000 people have died.

How many deaths is that over the usual numbers?

It is very hard for non-scientists to grasp the significance of complicated statistical models that are way above the limited understanding of the ill-educated like you. But in 2018, generally speaking, mortality rates meant roughly one in every 100 people in England and Wales died.

That doesn’t sound like loads of lives are being saved.

I’ll get back to you later on that. In about five years, when we have some clue what the numbers might actually have meant.

Why must we keep the lockdown going?

At first we had to avoid swamping the hospitals in order to save our NHS. The hospitals remain unswamped.

Now we have to avoid a second peak, a concept that is something to do with all those illuminating numbers.

This is good for the country, because at a time when all sport and recreation is banned at least we know there is still someone out there moving the goalposts.

Should we trust the scientists?

Of course we must. Don’t worry about the role of scientists in the totalitarian horrors of the 20th century, that’s all long ago.

Those advising the Government have a fine record of public service, just ask the beef industry.

We should look back to the 19th century for the true forebears of our current bunch. I am thinking here of Thomas Malthus, the founding spirit of modern climate science, and Dionysius Lardner, the eminent and influential figure who warned that travel on the Great Western Railway would be fatal, and who proved that no steamship could ever cross the Atlantic.

Do we have to trust the scientists?

Yes. Because the Cabinet is leaderless and fighting like rats in a sack, current Government policy can be summed up as ‘all power to the scientists’.

Theoretically, Dom Raab is in the chair until Boris gets back. However there are constitutional grey areas, for example over whether it is lawful to tie a sack over Matt Hancock’s head and lock him in the stationery cupboard.

Will the lockdown go on until we have a vaccine?

Some scientists appear to think it should.

Perhaps they are people who have been socially distanced all their lives and have no idea that other people have to work for a living. Perhaps they think the Government can give us all the money we need, just as it gives grants to scientists.

When will a vaccine be available?

A million doses by September, it is said. Since the population of the country is around 65million, bags I first.

How will the vaccine be paid for?

Last week ministers set aside £14million for vaccine research. We can pay that back out of Captain Tom’s £25million, with a bit left over to pay for a celebration clap-a-thon festival when this is all over, headlined by Sir Elton John and Bono.

What can we do in the meantime?

I have tried to read a book or two, but the print is blurring in front of my eyes.

I know a teenager who has, in lieu of A-levels, watched all the Harry Potter and Hunger Games films 18 times. Now she’s moved on to a BBC series about a soldier, called Our Girl.

This is, I am told, a feast of bad acting and worse scriptwriting. There is a British jihadi kidnapper in it, but he doesn’t have a name, probably because in real life they ran out of Beatles.

If there’s one in the next series, I would like to think he will be called Bono.