NewsPaperthe art of publishing
HomeNewsKeep your hands off boxing, feminists, and for once let men be...
58

Keep your hands off boxing, feminists, and for once let men be men 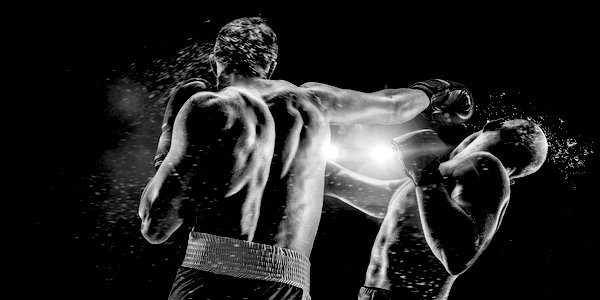 Next Saturday British heavyweight boxer Anthony Joshua takes on the Kiwi Joseph Parker at Cardiff’s Principality Stadium. Joshua is feted for his 11th-round stoppage of Wladimir Klitschko last April. That thrilling fight, during which both men were knocked down to the canvas, was watched by 90,000 spectators at Wembley. No wonder there is such great anticipation for the challenge between him and Parker. Tickets for the match range from £40 to £2,000. Armchair enthusiasts can watch it on Sky Sports for £20.

Boxing is one of the last refuges in our post-liberal Puritan society where men are still allowed to be men. It showcases the best of masculinity – power, determination, courage, strength and tactical thinking. This ancient sport is strictly regulated via the Queensberry Rules. Anyone with innate talent can learn to box. Expensive equipment is not a requisite. Boxing is an aspirational career for working-class boys stuck in poverty and adversity. And it is my favourite sport to watch.

I enjoy seeing a match unfold and finding out who succeeds working on the inside and who has the best jab and strongest jaw. I admire the sheer grit it takes for boxers to develop their extraordinary muscle memory and fitness. Boxing is a purist sport.

But if feminists get their way, boxing will be consigned to the dustbin of ‘sexist’ history. Leading the lobbying for female sport to be given equal exposure in the media is the government-funded Women’s Sports Trust.

Women’s boxing does not draw the same numbers and interest as men’s boxing. Yet mirthless feminists are determined to suck all the joy out of life by promoting female boxing to the point of tedium. Working-class boys will yet again be sidelined and the rest of us fans will be forced to watch a watered-down version of a sport which is truly only at its best when men do it.

Feminists have declared war on men and masculinity so it is unsurprising that the most male of sports, boxing, is on their hit-list. They judge everything according to their narcissistic ideology, no matter what the collateral damage.

The popularity of boxing among both sexes shows that sport cannot be socially engineered despite the machinations of feminists and other assorted liberal elite. Boxing fans just want to watch real men show off their skills without it being ruined by interfering identity-politics-obsessed harridans.

So next Saturday I will be watching, and appreciating, two disciplined and hardworking men and hoping that feminists fail in their attempts to legislate male boxing off our screens. Feminists must stay away from one of the last bastions where men can be men and women can admire them for being just that.