Ken MacIntosh: And the Oscar for hypocrisy goes to…the Oscars 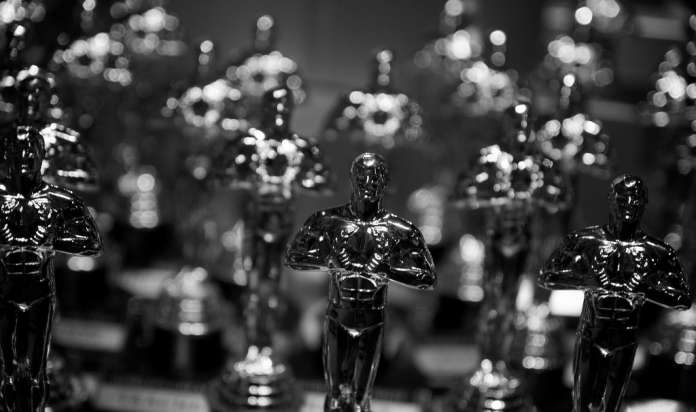 Thursday sees the nomination process begin for the 2017 Oscars. After the #oscarssowhite ‘disaster’ of 2016, when, to the horror of the liberal arts establishment, no black actors were nominated, we can assume that this will magically change (proving that the Academy Awards are an empty, posturing sham). Last month, at the Governors Awards (a kind of pre-Oscars event where lifetime achievement statuettes are handed out) we received a foretaste of the virtue-signalling to come, when academy president, Cheryl Boone Isaacs, announced an “inclusion” initiative.

And, like so much virtue-signalling, it will be hollow and empty. The most cursory consideration of popular Western movie culture belies the industry’s lack of commitment to the diversity cause (which it, itself, supposedly champions). There have, for example, been one hundred and five films and TV shows made about Billy the Kid (according to IMDb). Billy, a murderous thug and livestock thief, killed eight people during his short criminal ‘career’. Box office material. Segue seamlessly to Zaire twenty years ago: four million people dead in the most destructive conflict since World War Two. Movies made on the subject: zero. The right-on Hollywood behemoth has considered it unnecessary to depict this catastrophe.

I don’t blame Western movie-makers for avoiding Congolese genocide. There are easier sells. Production companies are businesses. They are in pursuit of a return for their investors. The studios, correctly or otherwise, have come to the conclusion that Western (white) audiences prefer flaxen-haired heroines, just as Nollywood (Nigeria’s film industry, the third biggest in the world) understands that its audience prefers stacked West African heroines. They all tailor their output accordingly.  What turns the stomach is that the liberal movie world pretends the situation is otherwise. As a result, its productions present us with a verisimilitude-busting ‘pseudo-diversity’.

This manifests itself in two ways: a) the making of films about ‘non-white’ subject matters, in which, somehow, the main character manages to be white, and b) the token casting of non-white people in roles that one would expect to be played by white persons. And so we find a white, beardy man playing lead in a film about the Khmer Rouge (The Killing Fields), whilst Kevin Kline fronts a movie about black South African anti-apartheid activist, Steve Biko (Cry Freedom), versus Morgan Freeman running about in twelfth century England (Robin Hood: Prince of Thieves), and Idris Elba playing Heimdall (the Viking God) in Thor: The Dark World. On TV, the BBC have recently presented us with a black Lady Guinevere and Friar Tuck.

When I see a non-white Lady Guinevere, I feel that I am being condescended to by an arty liberal film/TV-making elite, who believe that I, as a member of the lumpen masses, am probably a bigot, who should be healed of my idiocy by being bombarded with positive portrayals of black people. Perhaps I’m over-analysing things, but why, other than as a result of calculated decision, would film/programme-makers decide to forego the historical verisimilitude which they attempt to achieve in areas such as costume and location, by casting black people to play the aristocracy in fifth-century Britain?

The flip-side of this is that when I then watch a ‘blacked-up’ white actor playing Gandhi, I see that same arty mind-set pandering to the audience bigotry of its imagination, providing viewers with a ‘comforting’ and familiar white face to focus upon. Because producers fear that a cast of brown people will repulse its white audience. They imagine something bad of the audience, then pander to it, while pretending to remedy it. They make a film about the tragedy in Rwanda (Hotel Rwanda), but cannot bring themselves to give it an all-black cast. Nick Nolte and Joaquim Phoenix must be present.

Of course, the real intolerance here is snobbery. An abhorrence of the masses. This February at the Oscars, the participants will mock Donald Trump (and, indirectly, his voters). We know that this will happen. Perhaps among the jokes, there will be a serious moment of reflection, in which a teary-eyed A-lister will call upon decent people (actors) to be strong. But they are blind to their own collective failings, because if ‘race-blindness’ is the diametric opposite of racism, then liberal film-makers, with their racial obsessions, are not the opposite of ‘racist’. What irks this writer is not too much or too little diversity in Hollywood films (there is very little diversity in Bollywood and Nollywood), but Tinseltown’s misplaced sense of self-righteousness. They would have us believe, through their empty virtue-signalling, that they are on the side of the angels. Their self-deception tells us that they are not.

Maybe I’m being unfair on the film and TV industries. In the world of filmic artistry it is the Left that does all the shouting. That doesn’t mean that there is only a Left. There is, for example, Chuck Norris. And it is true that the film industry has addressed another historical event to have dealt Africa more than a glancing blow: the African/American slave trade. As far as I can ascertain there have been approximately sixty productions dealing with slavery in North America, a mere fifty seven per cent shy of the ‘Billy the Kid/ cattle-theft’ canon. Those productions include multiple versions of that old favourite with African-American audiences: Uncle Tom’s Cabin, one of which (from 1903) features black folks (blacked-up white people) having a rare old song and dance whilst they are in the actual process of being sold at a slave auction. Back then, miscasting was inconsiderate. Now it is done by liberal design.