NewsPaperthe art of publishing
HomeNewsKen MacIntosh: Thank God, the NHS does not run the plumbing trade...
45

Ken MacIntosh: Thank God, the NHS does not run the plumbing trade – we’d all drown 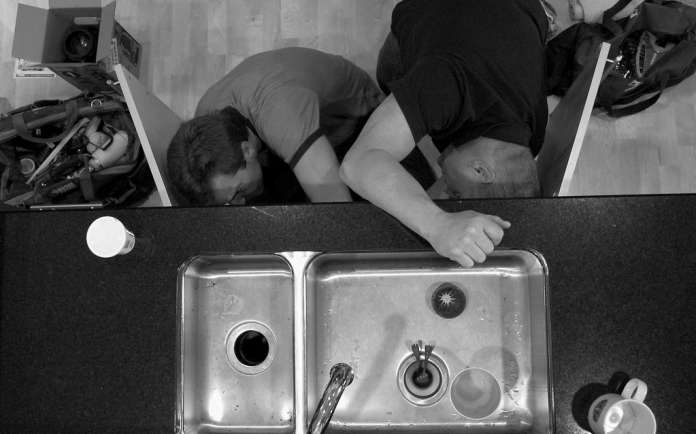 Speaking on Saturday, Theresa May urged GPs’ surgeries in England to provide a seven-day service and remain open during all core hours. Surgeries that fail to comply with their full commitments may risk losing funding. The Government hopes that such a course will reduce stress on A&E departments. Doctors responded with dismay. Conservative MP and GP, Sarah Wollaston, claimed that it was “pretty dismal stuff for government to scapegoat GPs for very serious NHS pressures”. The Chair of the Royal College of GPs, Professor Helen Stokes-Lampard, dismissed the Prime Minister’s comments as “misguided”. And former Chair, Clare Gerada, speaking on the Sunday Politics, accused the Government of “slagging off” GPs.

I do have some sympathy for GPs. We place them within the concrete straitjacket that is the NHS, and then demand that they are as flexible as gymnasts. In signing them up to the General Medical Services contract (all 142 pages of it), the system, by design, creates a uniformity of service. The normal liquidity of a market, flowing into every nook and cranny where there is an opportunity, is absent. And now those same doctors, in following the path laid out for them, are criticised for failing to expand their services sufficiently into those same nooks and crannies. Wouldn’t everything be so much more flexible if left (primarily) to the market? A very distant dream.

We are inured to the NHS. We cannot see past it. It is all that most of us have ever known, healthcare-wise. It has induced a torpor in our thinking. Its limitations strike us as inevitable, seemingly part of a natural order. We joke fatalistically about bad hospital food, in much the way we might bemoan the weather. Because that’s how it is. This stunting of our collective imaginations was brought home to me when my wife, who is from overseas, first moved to Britain. On two occasions she took our young daughter to A&E for the treatment of what were only minor ailments. Initially I put this down to an overly fearful maternal instinct, but I was to understand that a simpler reason lay behind her actions: she could not get her head around the fact that in Britain you can’t see a doctor whenever you want to. In her own country of origin (Venezuela, for God’s sake) there was a whole system of well-equipped 24-hour clinics where you could drop by, pay your money (not too much), and see a doctor whenever it was suitable for you, whether it was an emergency or not. It was convenient. [Prices in these clinics have since sky-rocketed, a result of the socialist government’s catastrophic price-controls and currency-exchange restrictions].

What I found most striking about the episode involving my wife was the fact that I found it striking at all. That an idea as simple and obvious and sensible as having 24-hour-a-day GP clinics widely available should cause the scales to fall from my eyes, showed me just how Sovietised my brain had become. We accept it as normal that we can buy a kebab at any time of day or night, but can only see a doctor during certain hours (having given plenty of notice). Here, in the UK, an NHS GP’s time is a rare and precious commodity. It is parsimoniously divvied-out like some post-war, rationed service. We must feel terribly grateful for our fifteen minutes with the doctor. [Ok, some private 24-hour GP clinics do exist in Britain, mainly in London, but they are limited in number and are certainly no substitute for the gargantuan NHS].

Imagine if the same system were applied to plumbers – the government dictating that all plumbers only operate at certain times – magical, golden, plumberly times – and that they all sign the same massive contract comprised of hundreds of conditions so as to ensure that they never stray from their strictly delineated work-patterns. And that, as a result, we must wait for days on end before we can see one of them, and then be ever-so-thankful when they do eventually receive us. That would be a very silly system. And yet we use it with our doctors.

The Government is right to want to ensure that GPs put in the hours. They are well remunerated, so do the work (the vast majority of them do). But therein, implicit within that very statement, lies the problem. If the Government made far fewer specific demands of GPs, then the flexibility that it presently does demand would be more readily exhibited. To be subject to strict governmental instruction is to lack flexibility. The doctors, however, are also right to feel aggrieved by the suggestion that, in doing what we, as a society, would have them do, they are somehow not doing enough.

So, everyone feels aggrieved. But, rest assured, nothing will ever change. Because nothing is ever the fault of the thing we call the NHS. Shortages within the NHS, pressure on the NHS, humanitarian crises within the NHS, all of them are somehow the result of failures external to the NHS, usually on the part of the Government. All failure is inflicted upon the NHS, never born of it. The NHS is truly unique.