Kennedy’s Law: If you’re a judge, you’re biased against women 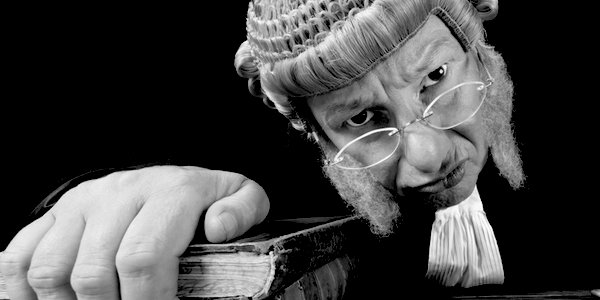 Lady Helena Kennedy or Baroness Kennedy (I don’t know about the whole title-lark, I can’t keep up) was high on ignorance and low on facts yesterday on Radio 4. She had no problem defaming the English judiciary following her condemnation of judges in sexual assault trials, saying that women victims were in some cases stigmatised because of their online activity: specifically that some judges would assume that a woman using dating sites ‘was someone who would have sex with anyone’.

Lady Kennedy defended this outrageous slur, which I have written about in another TCW blog, on the Today programme (about 2hr 30mins in.)

Lady Kennedy had an array of charges against the criminal justice system including that ‘young women don’t trust the courts’ and that there is ‘a general sense that women have lost trust in the system’. Not one iota of evidence was offered for this, not even some dodgy survey cooked up by some advocacy researcher in one of our universities.

Lady Kennedy also said that when it comes to cross-examination of complainants there was ‘not enough restraint made by judges’ that the ‘training of judges was not good enough’ and they all suffered from ‘subconscious bias’.

You know that type of subconscious bias she is on about – that bias that conveniently cannot be proved, it is just there, and no matter how much you deny it you can’t get away from it. In fact your protests, your denials are used as evidence that you have such bias. A neat trick.

Anyway, Lady Kennedy got some pretty good push back from a judge who actually dealt in these matters, asking when was the last time she was actually in a Crown Court (I suspect Lady Kennedy spends about as much time there as I do) and pointing out that juries are directed before the trial begins to put aside all prejudice and stereotypes.

These day if you are a high-profile woman you can get away with anything – slandering judges, trashing the criminal justice system and just generally fear-mongering and gender-baiting. The more of it you do, the bigger the platform you get. Oh, and then they turn around and complain about how ‘divisive’ everything is without realising how much they contribute to this.

Share
Facebook
Twitter
WhatsApp
Email
Previous articleTrial by jury – the light that exposes feminist lies
Next articleWe must prepare for a managed No Deal. It would be a liberation, not a crisis