NewsPaperthe art of publishing
HomeNewsKicked out for telling the truth
0

Kicked out for telling the truth 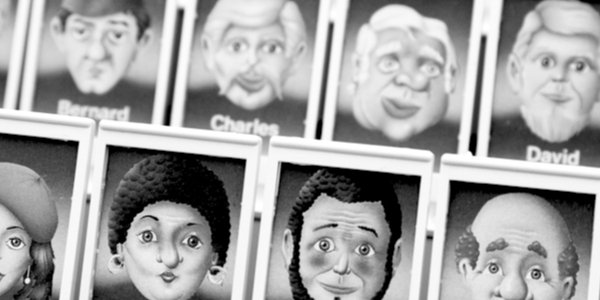 AS a child in the early 1980s, I was clearly naïve. I never suspected I would end up a balding, middle-aged patriarch. Neither did I envisage being grateful for six hours of uninterrupted sleep. Chief perhaps among my childhood non-concerns was that the board game Guess Who would become a hate crime. With gender now widely considered to be a meaningless social construct, a continuum or an infinite variety, the old question ‘is it a man or a woman?’ would probably get my younger self arrested for transphobia.

I have no problem with gender dysphoria or transgenderism per se, which according to the DSM-5 (Diagnostic and Statistical Manual of Mental Disorders) affects around 0.004 per cent of the population.  I’m sympathetic to anyone who genuinely feels they are in the wrong body.

Where I do start having a problem is the idea that the number of genders needs to be played with, and the increasingly authoritarian influence wielded by many of those uniting under the umbrella term ‘trans’. Although scientists agree they don’t know what is going on, the ‘Transwomen are women’ brigade are not only 100 per cent confident in their assertions, but insist that you should be too.

This clash of sensible scientific caution and cast-iron ideological dogma was played out in an Aberdeenshire classroom last week when a teenage student was initially kicked out of class, and subsequently suspended, for questioning his teacher’s assertion that there are more than two genders. The three-minute altercation was captured on video:

The teacher had previously referred to a website which allowed only two genders upon registration as ‘old-fashioned’. When the student pointed out that there are in fact only two genders, the teacher insisted that was an unacceptable opinion, which would need to be kept ‘to your own house’.

The most frightening lines for me are when the teacher states calmly:

‘That was your opportunity to keep quiet.’

Pupil: ‘I am stating what is National School Authority Policy, ok?’

Teacher: ‘You can choose, but you’re making bad choices.’

While the exchange should raise questions (what exactly occurred before the camera was brought out? What’s the position on filming people without their consent?) the key issue here is too grave to ignore: what on earth is a teacher doing mandating whether students’ opinions are valid?

Inclusivity and tolerance are noble ambitions to be sure; the problem is that in the hands of the Left, they always end up being the opposite – tolerance and inclusivity for everything so long as you toe the line. It is precisely this kind of Orwellian nightmare that some on the Left would love to induce, and they don’t care how they get us there. Gender is merely one of their primary targets in the assault on freedom – remember, if you prefer your women without a penis, it’s you who’s got the problem!

Another major issue with the trans lobby is that pandering to feelings over facts, refusing to prioritise science and the ridiculous assertion that self-identification is sufficient legal grounds for anything, exposes the whole gender question to a limitless array of abuse.

This ranges from the relatively innocuous: pompous Old Bill policing supermarket aisles; celebrities trying to outdo each other by insisting their children have the latest fashionable personality disorder,  through the unfair: beauty queens being conspicuously non-female; female athletes’ dreams being destroyed by men who can’t cut it against their own kind, to the dangerous: Girl Guides allowing biological males to shower with females; convicted rapists being moved to female prisons.

Last, and perhaps most sinister, is the enormous pressure being placed on children to make complex decisions they are far too young to understand. In the UK, children as young as four are being increasingly referred to gender reassignment experts, and the number of those identifying as transgender is rising sharply. All this despite the fact that the majority of transgender kids grow out of it, and indeed that many of those who undergo transition regret doing so.

Last year a Brighton high school, hailed as ‘the coolest school in town’, celebrated its 76 pupils with gender identity issues. Celebration might be the wrong response.

The official position is also shifting. The Office for National Statistics recommends adding questions on gender identity and sexual orientation for people ages sixteen and over (why sixteen not eighteen?) on the 2021 census after protests that it discriminates against transgender and non-binary people. In their worryingly titled ‘Help Shape our Future’ publication explaining the next primarily online census – a strangely political and virtue signalling document from what should be dispassionate data collection organisation – it says these new questions will be voluntary, not mandatory.

It’s always rather amusing that no one knows what gender is any more until the latest Women’s March sweeps into town. The patriarchy gets up extra early the following day to clear up the debris, keeping all the top jobs for the boys.

As my daughter approaches the age where Guess Who may be dusted off, I wonder whether she will answer my question ‘Is it a woman?’ or whether I will be reported for a hate crime as I so richly deserve. Wish me luck!

Share
Facebook
Twitter
WhatsApp
Email
Previous articleBoris the Fly must break free from this TV spiderweb
Next articleHow can the Home Office let in this woman preacher of hate?