Kids pay price of the craze for working mums 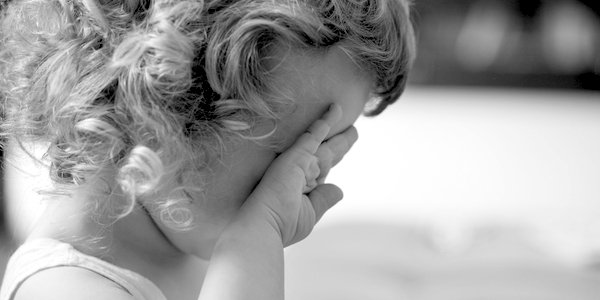 I KNEW the gig was up when Trump started crowing in his State of the Union address about how fabulous it was that there are more women in the workplace than ever. Good God, I thought, even Trump is in on it. That’s depressing.

Republicans used, way back when, back in the last century, to have qualms about this. They knew (the conservative ones anyway) that if every adult man and woman is to work outside the home, that if the aim of the government – Democrat or Republican – is to see every family become a ‘dual earning’ family, something has to give. Someone is not looking after the kids, unless they are all to be in childcare, much of it wretched. But not even the Republicans care about this any more, not today. No, it is just myself and Kathy left, texting each other back and forth at the madness of it all.

The less said about the Conservatives in this country the better. All that is left for them is the market. Indeed, all mothers of under-fives, including mothers of babies under five months, should be in work. The market must devour all before it. Nothing is sacred, not Sunday (why do we have restricted trading hours on Sunday?), not mother-infant care, not even marriage (let’s introduce divorce on demand). Sure, we are all ‘individuals’ now, and choice reigns supreme.

Even Giles Fraser, whom I like as he knows some things lie outside the market and puts some value on values such as duty, can’t figure it out. Modern parenting is making monsters of the kids, we are told, because sometimes parents let them choose what they want for tea.

No, it’s not the kids that are monsters: it’s the parents. Sure, they might let the kids choose what to have for tea, or what to watch on the iPad, but they sure as hell don’t let them decide whether they have ten hours of nursery care with their ‘key worker’ day after day when they are not even two. That would be crazy talk, so let’s keep silent on that one.

Slowly, the feminist dream is exposed for the feminist nightmare that it is. The Sunday Times revealed at the weekend how many mothers are not so much as ‘having it all’ as having a nervous breakdown. But it is telling that only a tiny paragraph is given to the kids and their distress caused by the war on the private sphere. Sarah Clarke, a child and adolescent therapist, says: ‘Much as I want to be a badass feminist supporting working mums everywhere, my therapy room is full of sad children who miss their parents. I am not going to not say this just because it makes people feel guilty.’

We are told in a previous article on the same theme: ‘Or take the various parents who tell me that they have taken their kids to nursery or school knowing full well that they are ill. One child had a broken finger, another mother knew her son had chickenpox.’ But they dropped them off anyway.

Of course the author of these articles wants the workplace to change – and there may well be space for that – but rarely are the parents held responsible for the sick kids in nursery and sad children in the therapist’s consulting room. No, no, we could never do that.

So there we are, the endless incessant march of the unholy alliance of feminists and market obsessives who want as many mothers in work as possible either to further equality of women or simply to fix ‘labour shortages’.

The question of who will do all the labour of bringing up the kids and making the meals is left unanswered.

There is no private sphere any more, or at least no one is willing to defend it. The politicians couldn’t care less about it because the family, the home, is one of the few places that they are shut out of and cannot meddle in. So what is worth it to them or the bean-counters at the Treasury? Nothing. Nothing at all, therefore they attack it and want as few people there as possible.

But not to worry – there will be plenty more therapists needed if the Sunday Times is anything to go by. So every cloud, and all that.