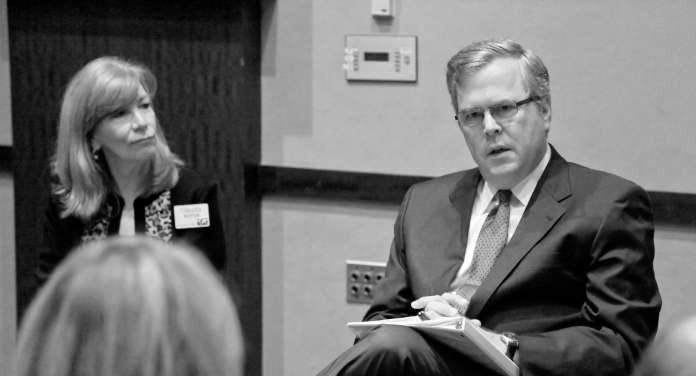 2012’s Hope and Change will be retired on January 20, 2017 as the next President of the United States is sworn in. Much debate has already taken place as to who will run, whether support can be garnered, and whether it’s time for new blood. A recycled feeling is more than apparent as last names like “Clinton” and “Bush” are muttered. Will this election cycle come down to nominating someone because it’s supposedly their turn?

To repeat previous years and elect based on superficial qualifications is an incredible disservice to our country. The last time the electorate chose in 2008 and 2012, the decision of many was largely based on the shallow. The desire to make history by choosing the first black president overwhelmed, and years of consequence ensued. Under the leadership of the current president: debt has increased, questioning amnesty for illegal immigrants is regarded as heartless, socialised medicine has gripped the reins of 1/6 of our economy through “Obamacare”, and we are less safe. These are among the many destructive effects of the Obama presidency, and repercussions will continue for years. Such is the result of hiring a leader to assuage our sense of being on “the right side of history”. The United States cannot go down such a path again. For these and other reasons, I believe the GOP candidate for president must show utmost strength, firstly in the areas of economic security and national security.

The current crop of GOP candidates, none of whom have formally announced but have publicly expressed interest, reads in many ways like previous years. A slew of current and former Republican governors are in the mix with the likes of Mitt Romney, Rick Perry, Scott Walker, Chris Christie, and Mike Huckabee. Among the well-known are also current and former Congressional names such as Michelle Bachmann, Ted Cruz, Rick Santorum, Lindsey Graham, and Rand Paul. Included as well are others like former US Ambassador to the United Nations, John Bolton, neurosurgeon and popular conservativeBen Carson, and former Hewlett-Packard CEO Carly Fiorina.

Standing out from the pack as the current frontrunner is former Governor of Florida, Jeb Bush. The son of the 41st President, and the brother of the 43rd President, announced in December 2014 the forming of a PAC (political action committee) to explore a bid. His own experience as a governor, and his family connections, lead many to believe his dynastic turn will secure the GOP nomination. His name, however, is already a deterrent.

Besides the less than enthusiastic response to his last name, immediate concerns such as his support of Common Core educational standards and stances on immigration, cause many Republicans to question what his version of a Bush presidency would entail. Among the concerns regarding Common Core is the growing control the Federal government would have over such educational standards, with little deference to the state and local, and ultimately, the parents. His defense of the standards has caused potential candidates such as Rand Paul to publicly express not only their concern over Bush’s strong support, but the impact it would have among voters as they weigh their options.

Included in the same sentence of concern many have for Bush’s educational position is his stance on immigration. In 2012, as reported by CBS News, it was Jeb Bush “…who told CNN that, ‘there’s a better way of saying we need to control the border,’ and Republicans needed to figure out how to be more respectful in their debate in order to avoid ‘turning people off’ “. Is the main concern in a debate over immigration, from a Republican perspective, using less harsh language in order to secure a larger voter base as the immigrant population grows? If that is partially Jeb’s motivation, he sounds much like the opposing party. Earlier in 2014 Bush even said: “…many immigrants who come to the country illegally do so as ‘an act of love’ rather than a crime”. That is not the issue, and again, speaks more to basing national policy on feelings rather than facts with barely an eye toward the future of our nation and its security.

Perhaps Jeb Bush believes he is destined for the Oval Office. In some ways, however, I believe he understands his own unpopularity. To announce: “…anyone running for president should be prepared ‘to lose the primary to win the general [election] without violating your principles’ “, leads one to believe the uphill climb he would face is steeper than most would encounter. The younger Bush seems aware of the reality connected to his family history, and the strong reactions to his already established policy positions.

Appealing to the emotional side of an issue, while setting aside facts, is the definition of a safe choice. It is hastily made, feels good, might make sense on the surface, but does damage in the long run. Among the muddied waters of potential candidates, one thing is clear. A country so desperately in need of security, in every aspect, cannot default to the safe choice.