NewsPaperthe art of publishing
HomeNewsKimberly Ross: Cameron Diaz and her pampered friends are not victims. Go...
0

Kimberly Ross: Cameron Diaz and her pampered friends are not victims. Go to Saudi to find real female oppression 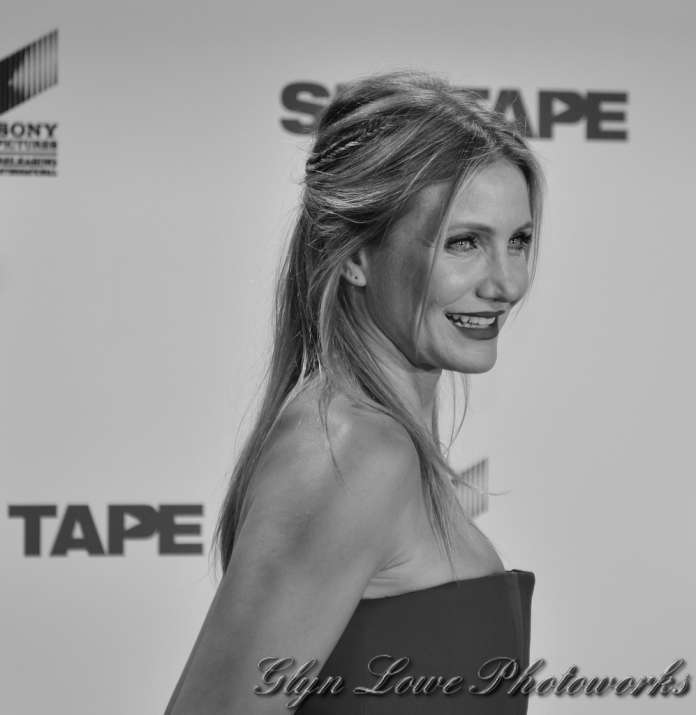 It’s terribly easy to align oneself and one’s supposed struggle with the very real struggle of another, and, because of the shared foundation of gender, assume your fights are identical. Nothing could be further from the truth. This was more than evident in the display known as International Women’s Day on March 8.

The social media driven, celebrity driven, shiny campaign for female struggle nationally and internationally conveniently glossed over key factors. One of the major problems of this movement is its seamless transition between discussing females in developing countries, and discussing the inequality of pay for a middle class woman living in suburbia. Spare me the hardship by association, ladies. You are worlds apart.

On the IWD website, the following were an offshoot of this year’s theme of “Make It Happen”:

In surveying this year’s goals, it is plain to see the focus is/was on increasing comfort levels of women living relatively easy lives in privileged societies (i.e. United Kingdom, United States), with a shocking lack of desire to influence the realities of life for women abroad. In fact, the highest number of reported IWD events, as per the website, took place in the UK and the US respectively.

I wonder at the change wrought by females marching to show inequality of CEO positions or requests of artistic recognition upon the lives of females forced to undergo horrors such as FGM (forced genital mutilation). The loud feminist voices in our prosperous nations most assuredly drown out the cries of the anguished, those whose platform has been hijacked by the non-oppressed. I am not discounting the real atrocities that happen to women because of their gender. I am merely stating those realities are concentrated elsewhere, and that modern day feminism, alive and well, has all but forgotten them.

Besides this absolute disconnect, these crusaders show their inability to distinguish between choice, consequence, and actual struggle. The “goals” for this year’s celebration centered upon areas influenced by personal choice and independent of pressure from outside sources. The list presented this year in no way indicates restrictions based on gender, but instead, consequences of choices and subjective review.

The push for more women in leadership roles? Instead, why not push a less affirmative action type mentality, and encourage excellence among those seeking to advance in business, regardless of gender? Equality in the art world? If anything, artistic efforts are entirely subjective. Why should I recognise a work or production merely based on the gender of its creator? That’s about as foolish, backward, and sexist as it gets.

More women in fields such as science and engineering? Wouldn’t we rather have a field filled with those who excel in that area, regardless of gender, rather than meet a diversity quota to soothe our feelings of unfairness? This year’s platform boils down to choice and personal preference. A movement based on a flimsy, choice-based foundation, falsely declares itself to be speaking for all women, and then questions why they aren’t there yet? Absurd.

One star studded display exemplified the very detachment between real struggle and manufactured struggle. Models, actresses, and even politicians removed their profile pictures from social media accounts: “Amy Poehler, Cameron Diaz and Lupita Nyong’o were among those who replaced their social media profile photos with a faceless avatar in honour of International Women’s Day on Sunday. The stunt was part of the Clinton Foundation’s #NotThere campaign to call attention to gender inequality around the globe.

Chelsea and Hillary Clinton led the way by swapping out their Twitter profile pictures. Such a stunt does nothing to address real struggles faced by women. Such a display only serves to draw attention to the one initiating it and spurs others to remark with: ‘That’s so wonderful. They’re really taking a stand’. Except the truth is, they’re not. Discrimination based on gender truly exists, but its epicenter is neither on college campuses, nor in corporate boardrooms and art museums.

Sadly, the spotlight of movements such as International Women’s Day is still focused on the militant feminism in the United Kingdom and the United States,  which looks to add privilege to already comfortable lives. The basic rights of women suffering abroad are pushed aside in favour of fad-like campaigns for attention on issues which really aren’t discrimination at all. For the loudest of all, more will never be enough. For those rarely given a voice, basic freedoms and dignity would be more than sufficient.

Share
Facebook
Twitter
WhatsApp
Email
Previous articleChris McGovern: All things are relative? So Islamic State is on a par with the Rotary Club
Next articleMark Ellse: Without commercial disciplines, free schools are an expensive experiment