NewsPaperthe art of publishing
HomeNewsKimberly Ross: Has Tea Party darling Ted Cruz got the breadth to...
1

Kimberly Ross: Has Tea Party darling Ted Cruz got the breadth to be the Republicans’ saviour? 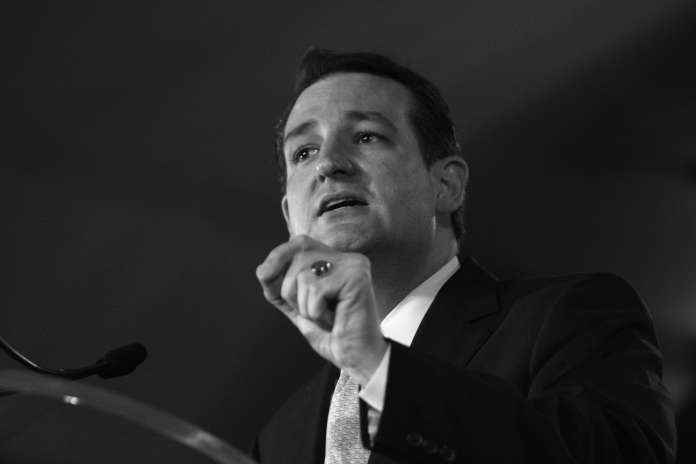 Only one Republican has officially announced as a presidential candidate for 2016, and American conservatives are already quite divided. Ted Cruz declared his intentions on March 23, and so begins what will be a long journey to the 2016 Republican National Convention when the official GOP nominee is chosen.

Rafael Edward (Ted) Cruz was born in Canada to an American-born mother and Cuban-born father, but grew up mostly in Texas. He attended Princeton University and then Harvard Law School, and was a standout during his time at both institutions. After working in private practice for several years, he provided legal, policy and advising services for George W. Bush during Bush’s first presidential campaign.

After Bush took office, Cruz worked in both the US Justice Department and the US Federal Trade Commission. From 2003-2008, Ted Cruz served as Solicitor General in Texas, before returning to private practice. In November 2012, Ted Cruz was elected to the United States Senate, successful at his first attempt to secure political office.

With a Tea Party following behind him, the junior Senator has been a conservative name to watch in just the two years he’s been in Washington. This isn’t all positive attention, though, as he’s described as an agitator by some:

“He has since become the movement’s north star, but critics blast him as a posterboy for Washington gridlock.”

“Cruz has angered his elders in both parties for showing little deference to seniority and taking over the spotlight from more experienced political stalwarts.”

“A master orator with a clear sense of mission, he appears to revel in defying the Washington establishment.”

His popularity is not based in the ranks of the GOP establishment, but among grassroots conservatives who see government as the problem, not the solution. In his official announcement at Liberty University on March 23, Cruz spoke of what should be: “It is a time for truth. It is a time for liberty. It is a time to reclaim the Constitution of the United States”.

To be sure, Ted Cruz is a brilliant, experienced legal mind, articulate, passionate about reversing the crash course American is on, and holds a strict adherence to the US Constitution. He has argued cases before the Supreme Court, won his first election, has been instrumental in the US Senate, and has become a national figure in a short time. He showcases an outsider’s appeal when you compare him to the stagnancy of Washington politics, filled with those who have outstayed their welcome. But is this enough to rise to the top of a soon-to-be crowded Republican field?

A big complaint again Cruz is one not foreign to political dialogue of recent years. As expressed here: “For six years, Republicans have said the nation made a mistake electing a one-term Senator the President of the United States. Why should you, a one-term Senator, be the GOP’s nominee?” Such a concern isn’t only fair, but is one we should all be asking. Do we hand over the leadership of the country to a junior Senator, who, although generally likeable, has limited/non-existent experience at the national and international levels? We’re currently under a president with a very similar past, as far as inexperience is concerned, so why would or should our reaction to Mr Cruz be different?

Another question is how Mr Cruz presents himself to a wider audience, those who will ultimately decide his fate as a higher office holder. As Charles C.W. Cooke of The National Review pointed out of Cruz’s speaking abilities: “Certainly, he is one smart cookie. But to my skeptical ears, there is always a touch of condescension in the pitch — a small whiff of superciliousness that gives one the unlovely impression that Ted Cruz believes his listeners to be a little bit dim.” Will a combination of questions regarding experience and a dislike for how he presents himself damage Cruz before his campaign even picks up steam? He is popular, but among a very select group of people. Can he parlay that into a nomination and ultimately, a presidency? We will certainly find out.

Making a name for yourself among those of like-mind is one thing. However, presenting yourself as the choice to an entire country filled with conservatives, liberals, and independents is quite another. Cruz is the only declared GOP candidate right now, so there is much chatter surrounding him. Plenty of uphill battles face Ted Cruz, so one wonders if the popular conservative newcomer could compete on a national stage, clinch the nomination, and come out the victor in the general election. While it’s certainly not impossible, facing an establishment seemingly excited about Jeb Bush, not to mention a possible Democratic challenger in Hillary Clinton, may indeed be too difficult for Senator Ted Cruz to overcome.