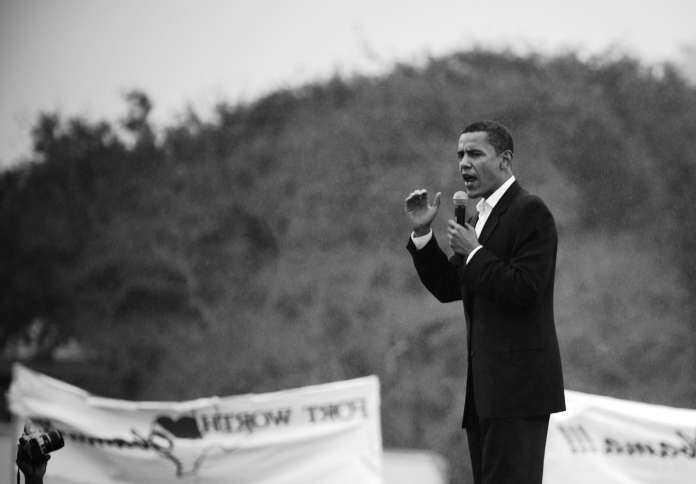 The discomfort President Obama clearly struggles with in calling out radical Islam for the poison it is was eased recently. At the National Prayer Breakfast on February 5, the President, while speaking of faith, said the following: “We see faith driving us to do right.

“But we also see faith being twisted and distorted, used as a wedge — or, worse, sometimes used as a weapon. From a school in Pakistan to the streets of Paris, we have seen violence and terror perpetrated by those who profess to stand up for faith, their faith, professed to stand up for Islam, but, in fact, are betraying it. We see ISIL, a brutal, vicious death cult that, in the name of religion, carries out unspeakable acts of barbarism — terrorising religious minorities like the Yezidis, subjecting women to rape as a weapon of war, and claiming the mantle of religious authority for such actions.”

Not wanting Islam to be singled out in isolation, he continued:

“Humanity has been grappling with these questions throughout human history. And lest we get on our high horse and think this is unique to some other place, remember that during the Crusades and the Inquisition, people committed terrible deeds in the name of Christ. In our home country, slavery and Jim Crow all too often was justified in the name of Christ.”

In one seamless transition, the President threw turmoil from centuries past into the mix, in an effort to minimise the very real, current cancer that is radical Islam. He chided our apparent forgetfulness, and demanded humility as we sit high above the fray with the arrogance of our innocence. But humility isn’t the problem. Current acts of terrorism don’t require a review of one’s ancestral or religious past in an effort  correctly to respond to the present reality. They demand immediate words and actions against aggressors, with no room for doubt. What the President did at the prayer breakfast was a shoddy attempt at inserting doubt into the discussion because, God forbid, we point a finger at those currently responsible for atrocities and the environment such hatred is cultivated in.

The Catholic League’s Bill Donahue, in reacting to Obama’s remarks, included the following: “Here is how Princeton scholar and Islamic expert Bernard Lewis puts it: ‘At the present time, the Crusades are often depicted as an early expansionist imperialism—a prefigurement of the modern European countries. To people of the time, both Muslim and Christian, they were no such thing. The Crusade was a delayed response to the jihad, the holy war for Islam, and its purpose was to recover by war what had been lost by war—to free the holy places of Christendom and open them once again, without impediment, to Christian pilgrimage.’ ”

Despite this expert take on world events, the fact that President Obama refuses to morally distinguish between long dead players and current savagery is curious and troubling. He almost sees Islamists as the “misunderstood”. His worldview questions any harsh denouncement of them, when set aside from all others, since that would bring disquiet and the dreaded accusation of discrimination. As seen at the prayer breakfast, he is willing to use Christianity in an attempt to nullify the evil born from the root of Islam; the evil that in the current age beheads, crucifies, rapes, and immolates its chosen victims. Were there a similar “holy war” carried out with identical savagery from bloodthirsty followers of Christ in the current age, his inclusion of Christianity would make sense. But there is not. And it does not.

As Jonah Goldberg remarked in The National Review: “If you have to clear your throat for five minutes about the skeletons in our closet before you can feel comfortable denouncing barbarians who bury little boys alive and then go on to rape their little sisters, that is your hang-up, man.” President Obama has long since been obsessed with appearances, and this instance is no different. He must look fair to the world, even if that means exchanging flat out, lonely condemnation for a trivial: “Well, they just did this, but remember what we did?!” Meanwhile, the only thing keeping them from us is distance, and increasingly, not even that.

Seeking to find a muddled faith connection between conflicts of centuries past and current terrorism is a destructive platform to be on. If the best we can do is list the acts of past generations in an effort to present ourselves as fair critics of the current one, then we have neither changed the past nor actively focused on the present